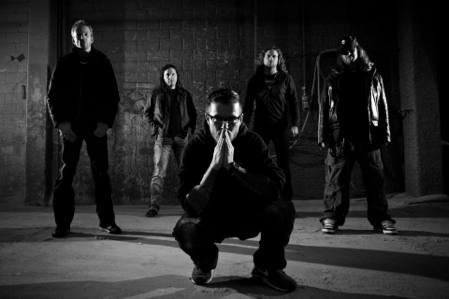 From the smart appealing packaging to the compelling sounds it holds within, the Ø EP from Swiss metallers Almost Human is a mouthwatering slice of invention and imagination. Arguably it is not bursting with total originality but certainly casts a steely web of compelling ideation and gripping sonic enticement which few are contemplating let alone successfully creating today. Coming over like the offspring of a union between Mudvayne and The Pulkas with a thick inspiration of American Head Charge and more in the mix, the band’s sound and release finds an individual character and presence which is gripping and thrilling.

A description for the Yverdon quintet in the accompanying press release states that “Almøst Human is a Swiss metal band. But it’s also a universe, a vision of the world and humanity. An orchestration of the life and death’s cycle which finds an echo even in its own biography.” It is more than our limited minds can contemplate but what is open is the potency and refreshing tenacity of the band’s enterprise and sound which has been ripening ever since the first seeds of band began in the nineties. The project was begun by guitarist/songwriter Olivier Perdrizat and drummer Rosario Fullone but could not sustain its presence, fading away until the band rose again in 2010 with fresh impetus and the addition of bassist Jan Peyer. Subsequently the line-up was completed by second guitarist Chris Matthey and vocalist Ben Pluss. The self-released, self-produced Ø EP is the first announcement from the band, an invitation which “…questions us about our human being’s nature and about the place we occupy – or wish we occupied – in the animal kingdom.”

The five track release opens with Living Wreck; its initial computerised coaxing an instant lure to the imagination which emerging 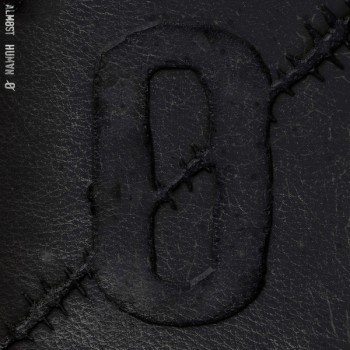 melodic tempting and rawer riffs add to from a distant setting. They are soon fully voiced in the ear, rhythms and riffs stretching their muscle whilst the sonic beckoning of the guitar entrances. The earnest and grazing vocals soon unleash the beginning of the narrative, Pluss’ tones impressing and magnetic in the same way Chad Grays entice. With a predatory throat to the riffs and caustic breath to the atmosphere of the song, it is a constantly imposing and intriguing proposition which is unafraid to explore new shadows and imaginative textures across its evocative landscape. Clean vocals and wonderfully niggling sonic teasing adds to the impressive starter which has appetite and passions finding hungry responses.

The following Mørning Star is a brief portentous ‘instrumental’, a scene setter reinforcing the stark and cold control of our dystopian horizons and oppressive world. It makes an emotive lead into Øbey, Cønsume Ør Disappear, an encounter which from its first sultry caresses of guitar, and quickly joining clean vocals, is an ominous seduction. As it expands the track invades senses, imagination, and psyche with a rawer intensity and anger, though the poetic persuasion which gave the song birth is still poised and free to enter across the enthralling incitement. Simultaneously smouldering and fiery, shimmering and abrasing, the track is a formidable antagonist revealing much more of the potential and potency of the band, and the heart of the increasingly impressive release.

Nørmøsis strides in on a riveting rhythmic bait, beats rumbling anthemically through ears as shafts of sonic light spear the atmosphere. The imagination is enslaved within seconds and bound tighter as riffs and rich enterprising hues from Perdrizat and Matthey wind sinisterly but welcomingly around its erupting thoughts. Back exploring the more severe casting of the first song, the uncompromising yet still tempered fury brings an additional industrial and progressive toxicity to its colour along with a technical and djent seeded voracity which ensures every second and syllable is a cutting temptation.

The EP closes with Each Øf Us, a bewitching mix of menace and innocence at its opening lure which ripens its great emotive hues through the excellent clean vocals. The song brings thoughts of Stone Sour to the fore as the angst and raw passion of the song erupts whilst further inventive grazing across certain aspects offers whispers of System Of A Down. It is an experience which works deep into thoughts and emotions as that first two-tone seducing continues. It is a magnificent conclusion to an outstanding entrance by Almost Human, a first contact which pulls no punches but equally leaves a warm glow with its chilling creative insight. They are a band we are destined to hear much more of.