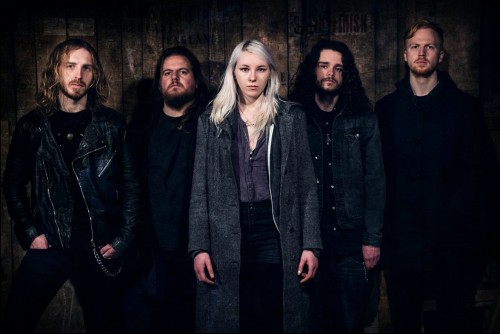 Taking the inventive promise and striking quality of their acclaimed debut album to another creative level, Northern Ireland band Darkest Era unveil their sophomore release Severance. It is a weighty and potently persuasive encounter sure to replicate and intensify the reception and success of its predecessor, eight tracks which spark the imagination with persistently captivating and distinctive Celtic infused heavy metal. Musically the album has a slightly lighter climate than before but still the emotive fire and melodic passion of the band comes in a fusion with raw textures and imposing intensity. It is a compelling mix which never leaves a minute of sound lacking in punch and inventive voracity.

The seeds of Darkest Era began in 2005 with when teenage school friends, guitarists Ade Mulgrew and Sarah Wieghell. Starting to write together, the pair linked up with vocalist Krum as their songs, taking inspiration from the historical and mythological tales from ancient Ireland, emerged with a Celtic essence. The following year a demo appeared under the name of Nemesis which soon held the attention of the European metal underground. 2007 saw Darkest Era step forward, a change made in relation to the darker presence and voice of their evolving music. Across the next three years, the band released a couple of EPs and played plenty of shows including festivals appearances in Germany, Greece, the UK, and Italy. Debut album The Last Caress Of Light was released in 2011 via Metal Blade Records to strong and eager responses from fans and media alike. The years between releases has seen Darkest Era undertake European and UK tours with bands such as Alestorm, Arkona, and Gloryhammer alongside their own shows and the creation of Severance.

With a line-up completed by bassist Daniel O’Toole and drummer Cameron Åhslund-Glass, the Belfast based quintet recorded their new 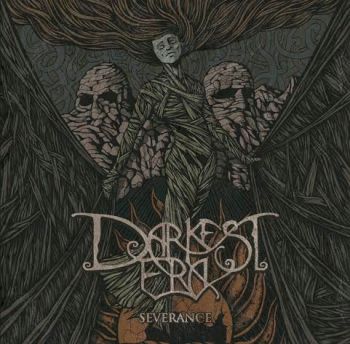 Cruz Del Sur Music released album with producer Chris Fielding. It is a proposition which makes an instant impact as opening track Sorrow’s Boundless Realm seduces ears and senses from its opening caress of guitar as throaty bass bred shadows lurk in the background. It is an intrigue lit coaxing which soon unveils rhythmic sinews and richer sonic colour which only reinforces the initial lure of the song. A rampant urgency is careering through ears from there as the outstanding voice of Krum parades the narrative of the song. Fully expanded, the song is a fiery and caressing mix of energy and enterprise veined by gripping bass and drum intimidation and a sonic weave of seduction from the guitars. It is not a song which startles and has jaws dropping but with every twist and turn of sound and ideation, the track as the album captivates and lights thoughts along with emotions.

There is also an enveloping emotion and drama to every aspect of the song which is swiftly emulated by the following Songs Of Gods And Men. Its entrance also makes a gentle touch but takes less time to open the cage to ravenous riffing and rhythmic stalking. Krum is again masterful as he rides the sonic flames pushing the walls of the song, his voice backed as potently by the rest of the band within the anthemic stride and expressive premise of the encounter. There is a melancholic air to the song, an essence permeating each track in varying degrees, which graces the melodic elegance and grandeur of the song and casts an enthralling hue for the vocals and lyrics to colour their emotions with. It is a vibrant captivation which in its distinct way The Serpent And The Shadow repeats but with a darker and more rapacious presence. There is a deeper snarl to the bass and stronger rigorousness to the riffs setting a coarse and hungry tone to the heart of the song, a predation which intimidates but is a perfect foil and instigator for the dynamic fire of sonic flames and vocal adventure which burn and roar respectively across the song.

The following Beyond The Grey Veil is an evocative ballad with its own specific dark shadows and intimate emotional reflection, a song which croons with vocal majesty and melodic seducing whilst still managing to bring a predacious intent to certainly the breath-taking latter part of its enthralling body. It is fair to say that many of the songs are slow burners in finding their fullest persuasion, this definitely one but it is a song emerging as one of the most impressive and impacting. Its successor Trapped In The Hourglass is another to need more examinations than others and though it fails to live up to the previous track again makes a convincing and enjoyable proposition.

The Scavenger has little difficulty in grabbing attention and appetite, its early grooves leading to an intensive gallop of rhythmic tenacity upon which hooks and melodic enticement catch ears and thoughts at every flexing of the song’s spine and inventive ideation. A blaze of creative fertility and contagious power metal like vivacity, it is a tremendous exploit straight away matched by the equally powerful emprise of A Thousand Screaming Souls. As the song before, the listener feels like a warrior riding on a nostril flaring steed as a spellbinding landscape opens up and engulfs the imagination. The two songs encapsulate everything potent and riveting about Darkest Era and their music, emotionally epic and inventively broad but a companion which is intimate within the larger tales it spawns.

The album closes with the towering and melodically pungent Blood, Sand And Stone, an intensely evocative croon within climactic tempestuous scenery. It is a great conclusion to an impressive and skilfully presented album, a release which reinforces Darkest Era as one of the increasingly potent melodic metal bands in Europe. There is very little if anything to hold up against the undeniably fine album but personally it is honest to say that Severance did not leave passions as excited as hoped and expected. Individually there are songs which ignite a real hunger and as a whole the album is an engrossing and strongly pleasing experience, but somewhere we missed that fuse to the strongest reactions. Most will not have that issue though we suspect so it is very easy to recommend Severance to all.

Severance is available in digital, CD, and Vinyl options via Cruz Del Sur Music now in the US and from June 13th in Europe.