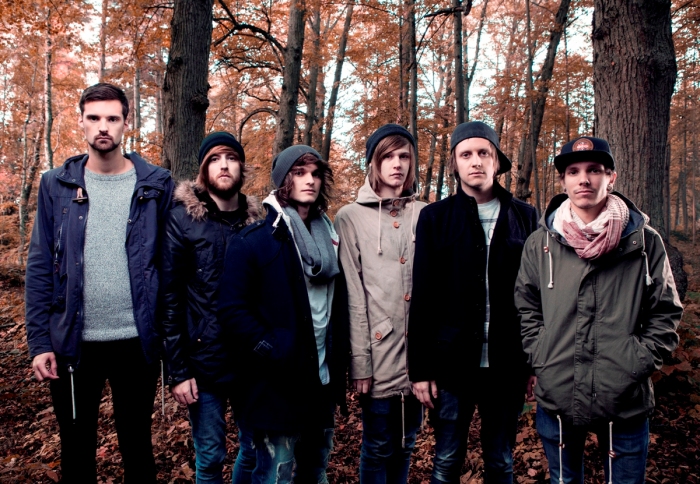 First impressions of We’re Never Coming Home, the debut album from Swedish melodic metallers Surviving The Charade, went from being slightly underwhelmed to inexcusably captivated as it revealed more about the qualities and imagination of the band with each and every track. Given numerous excursions through the ears, the ten track encounter has become a rigorously impressive and exciting proposition for imagination and emotions. Certainly it still has thoughts questioning and succumbing to occasional reservations, but with the voracious inventiveness and surging potential which soaks the band both Surviving The Charade and We’re Never Coming Home have emerged as incitements to get increasingly excited about.

Formed in 2008, the Stockholm sextet took little time in awakening a potent fanbase and attention with first EP Your Breath Smells Like Ben & Jerry’s. Its strong presence was more than matched by the band’s live performances which continued to draw eager followers towards their striking emergence. The following We Refuse To Stand In EP continued their rising success as did the band’s appearances at prominent festivals and supporting metalcore greats Adept. 2013 saw Surviving The Charade drop in on England to record We’re Never Coming Home with producer John Mitchell at Outhouse Studios (Architects, Enter Shikari, You Me At Six, etc.). Infusing inspirations from the likes of Asking Alexandria and Architects into their sound, Surviving The Charade provide an intriguing weave of textures and flavours within their first album, a web which as mentioned impresses and at times has you wondering but persistently leaves ears and attention captivated.

The title track starts things off and this is where that initial felling of being underwhelmed initiated. Certainly the opening of crystalline 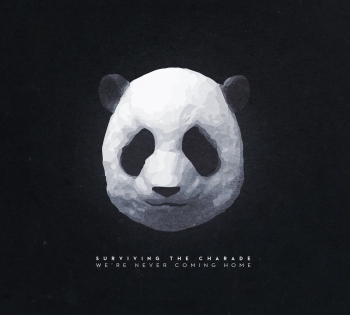 key cast melodies set before vocals squalls from a distant ledge is an enticing lead into the accomplished and skilfully crafted song but subsequently it is a formulaic encounter which barely hints at the real adventure to come. Nevertheless with punchy rhythms from drummer Sebastian Brydniak framing the evocative narrative impressively led by the clean vocals of Simon Brantklev, the track is an imposing introduction which with its brief length is the right way to look at it even though it kind of gives the wrong impression of the album ahead.

Classically bred keys grasp the ears first as Shout, Walls, Shout! erupts, a startling unexpected grab of the imagination which soars over the hostile raw squalls of the band’s other vocalist Daniel Rotstam. It is a pungently dramatic and creative entrance to the song though some of that potency is lost as it then relaxes into a more straight forward melodic metal stride. To temper that though the bass of Fredric Fji Johansson gnaws at the senses whilst the guitars of Fredrik Brollin and Viktor Lundberg grind, whine, and croon with acute devilry. It is a formidable suasion which leaves its predecessor quite pale in comparison, though as skilled and commanding as the music is, it is the vocals which steal the show, the clean tones of Brantklev a transfixing caress and the roars in great variety from Rotstam carnivorously appealing if not always fully successful.

The following Above The Skyline stomps and seduces with a blend of classically bred elegance and ferocious antagonism vocally and musically, hooks and melodies in as much abundance and strength as heavily swiping rhythms and savage riffs. It is a riveting encounter which lurches at and romps with the senses in an evolving gait but lacks the spark which lit up its predecessor. It does give another flavoursome taste to an already established appetite for the release though which is soon enriched by the outstanding Shotgun Wedding Bride. From its first breath the song is ripping at the jugular with sinewed sculpted riffs and rhythms courted by caustic vocals whilst a haunting melody teases above the ravenous persuasion. The body of the track has a post hardcore hostility to its rabidity which takes on another depth of angst and ferociousness behind the clean seducing of Brantklev which in also seems to inspire a creative rapaciousness from the stabs of Brydniak and the varied snarls from Rotstam. It is a tremendous brawl which reveals the rich promise of the band ahead and their quality now.

The initial voracious intensity and Meshuggah like blaze The Diary Of Frosty Jack keeps ears and passions feverish with its truculent sonic and rhythmic intent, though the cleaner passages whilst adding further poetic toxicity defuse the breath-taking intimidation a tad. It is another immensely satisfying onslaught though, which as across the album, for every moment where things lack certain potency or success in their twists there is a horde of highly inventive, captivating sounds and ideation to enthral thoughts and emotions.

The vivaciously anthemic Here We Stand where emotive melodies and fiery harmonies stake their lingering claim on the imagination within a maelstrom of predacious intensity leaves imagination and attention exhausted next. Of. It is a tremendous fire enticing creative thought with a dramatic presence which leaves the next up Broken Glass a real test to emulate, which it almost does with its robust and blistering contagion within a continually shifting storm of emotive melodic grace and adversarial spite.

The predatory metalcore spawned sound of Dance For Messiah brings another inventive tempest to explore though it fails to enslave the passions with either the lingering vitriol or infectiousness of other songs. It is full of great and skilfully executed twists and turns but feels too familiar in its overall body of sound ultimately, thus feeding expectations somewhat. It also suffers lying between the previous pair of songs and Like Animals. Virulently infectious and strikingly inventive, the track is a relentlessly evolving dervish of argumentative seduction and amicable ingenuity, a song which if human would be classed as schizophrenic for many thrilling reasons. It is an outstanding slab of captivation, everything about it sensational and the best thing on the album.

The closing The Night We All Forgot is a song which may be should not work but does. Its opening chorus of vocals and throaty basslines is so obvious that you feel the band is just going for an easy exit, but then things turn into a threatening stretch of savagery vocally and musically that you swiftly reassess. The song continues to change and bewilder, its melodic almost pop infused moments an unsure success and its vicious inhospitable pillaging irresistible, whilst combined they ebb and flow in persuasion. It is whole though the song is a fixture in mind and emotions long after its departure so that like the album no matter any doubts it is an undeniable triumph.

It is hard not to get excited about the future of Surviving The Charade and to cast a keen anticipation for their next releases on the back of We’re Never Coming Home, a reaction we expect a great many to find through this gripping encounter.