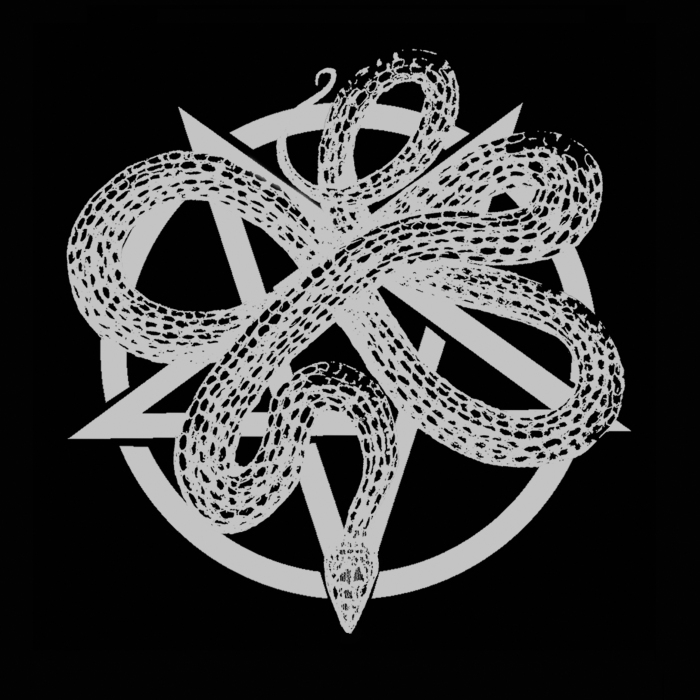 If Satan needs a doorway into the soul of the world, US black metallers Hellgoat might just be the perfect vehicle for his malevolence and their new 7” vinyl release End of Man, the pestilential voice to start things off. Consisting of two raw, merciless slices of destructive voracity, the release is the jaws of hell in sonic form.

Hailing from Atlanta, the 2004 formed Hellgoat has been feasting on ears and fears with their satanic brutality from first release, the self-titled demo of that first year. Their uncompromising sound and blasphemous toxicity made a more potent statement in attention with debut album Blasphemy From Serpent Tongues in 2005 and its Graveless Slumber Records released successor, Death Conquers All six years later. End of Man is the band’s seventh release following the Anointed in Blood and Ash EP of 2012, the first on Boris Records and comes ahead of a new album planned for later in the year.

First track Demonic Worship of the Horned Beast emerges from a low key sonic mist, a slow evocative breeze which takes its time to envelop the senses whilst being punctured by resonating rhythms. A chant of holy portentous communion breaks into the brewing design before hell unleashes its venom in an expulsion of annihilation, history erupting in torment as scenic ravaging from the crusades through to the streets of modern civilisation seemingly falling on ears. Riffs descend with heavily weighted design next as the track finally expands its presence, a funereal doom soaked voracity swamping ears and senses before the uncaging of hellish intensity and rapacious urgency, the release of a scourge in sound and intent. It is a demanding and intensely abrasing torrent of causticity, slight grooves as hostile and scarring as the spiteful blaze of sonic brutality and rhythmic bludgeoning. It is not an easy listen but a track with a drama and skilful temptation which is thoroughly compelling and providing more understanding and bait for the imagination to feast upon with each listen.

The release’s narrative is continued and concluded with its title track, a blistering savagery of sonic abuse which is primitively wild and masterfully malicious, and a far more crippling proposition than its predecessor. There is plenty going on within its belly and cavernous depths but beneath the tempestuous tsunami of sonic rabidity it is a hidden adventure which needs the fullness of time to reap its rewards. The track still captivates though, the rasping vocal blaze and scarring animosity a gripping vicious predation though it does not come near to matching the rigorous appeal of its predecessor.

Hellgoat is an incitement which is not for everyone, black metal from the richest infernal fire clad in its rawest barbarity with End of Man the death knell for us all before the anticipated decimating ferocity of the band’s next full-length demonian.

End of Man is available on Boris Records now @ http://borisrecords.bandcamp.com/album/end-of-man-7