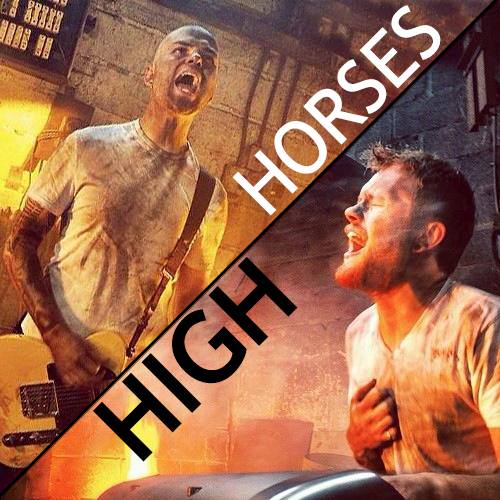 Thickly evocative and richly textured, the new single from UK electronic rock duo High Horses makes our introduction to the band a striking mesmeric powerful flight which has little difficulty in making the strongest persuasion. There is arguably nothing dramatically new about Hours but it has a heart and passion, not forgetting quality, which makes it instantly magnetic and mouth-wateringly invigorating.

Hailing from Manchester, the May 2013 formed High Horses consists of Stephen (piano/synths/lead vocals) and Kieran (guitar/vocals). Creating atmospheric music lying upon cinematic like electronic rock soundscapes, the band has awoken a great deal of attention with their debut EP, also called Hours and from which the new single is taken, as well as their live performances which has seen the pair at venues such as Scruff Of The Neck records in Manchester as well as Factory and The Dublin Castle In London. The EP was the result of Forty Six Records handpicking the band to record a release and it is hard to imagine the single doing anything else than enhancing its success and their emergence whilst taking the band to new receptive ears, like ours. 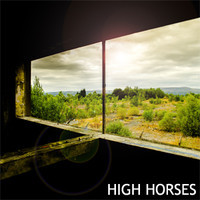 bring new depth and emotive colour to the expanding suasion. It is with the entry of the striking vocals that the song truly erupts in the imagination and appetite though, it soon working on the passions as the two musicians explore and flourish in glorious sound and harmonies. In full voice, the song is wrapped in deliciously compelling shadows and melancholic intrigue but also just as rampantly descriptive melodic colour and emotionally spawned hues. It is anthemic and galvanic, a tapestry of creativity and imagination which seduces on every level.

Accompanying the song on the release is an acoustic version of A Thousand Eyes, another song from the aforementioned EP, as well as a video for Hours which brings an industrial feel to a theme of the contrasting natural life cycle. It is a gripping visual provocation to match the potency of the song and provide another reason why High Horses are recruiting new fans in swift time.

The single Hours is available now!