Home › Music › Album › BENEATH DEAD WAVES crash in with ‘Inertia’ on 30th June.‏

BENEATH DEAD WAVES crash in with ‘Inertia’ on 30th June.‏

Originally formed in Dorset back in 2007 by Joey Draper (vocals), Doug Cartwright (guitar) and Leigh Costanza (drums), the band take from a cluster of influences spanning from old guard luminaries such as Tool through to contemporary heavyweights such as Between The Buried And Me. The Southern riff masters blend key elements of thrash, groove and nu-metal with an aggressive attitude and progressive mindset to create a unique and striking signature sound.

After relocating to London and spending several years writing and recording, the band finally recruited the right members to fully enhance their sound when Matt Reeves (Guitar) and Chad McCamlie (Bass) stepped into the breach and added further weight and depth to the group. By 2013, the quintet began to hit the road and in passing opened for the likes of Monuments, Intronaut and Scale the Summit. By the end of the year, the metal crew released their new single ‘Imperfect’ which garnered strong praise and helped to boost the band’s growing following.

In 2014, Beneath Dead Waves turned their attention to recording their full length debut album, entitled ‘Inertia’. Spitting out eight tracks of venomous edgy heavy metal, the record is laden with mighty riffs and skewed phrasing all fuelled by real invention and earnest intent. From the guttural attack of ‘Nemacyst’ to the album’s namesake ‘Inertia’, which oozes true groove and innovation with its shifting sections and keen use of dynamics, and onto their recent single ‘Imperfect’ which is a blistering full frontal blast of Thrashcore aided by shrewd craft and another thoughtful arrangement, this record is sure to make its mark. Look out as Beneath Dead Waves hit the road this Summer. 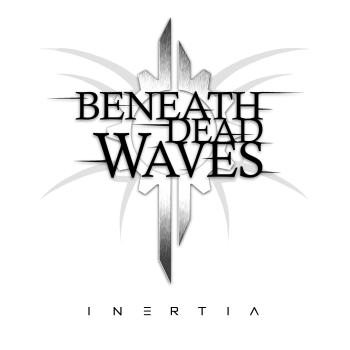