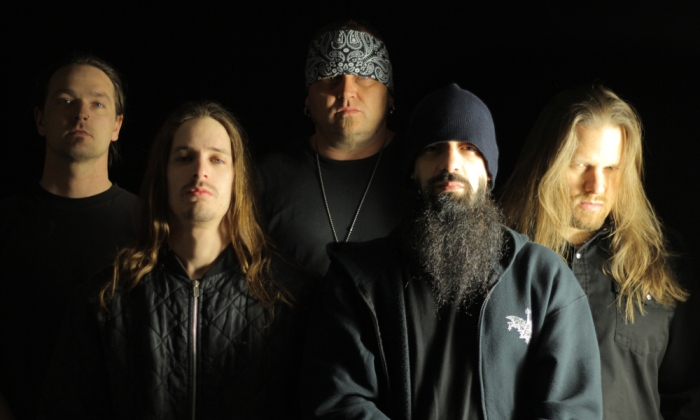 Canadian metallers Psychotic Gardening has continued to catch imagination and certainly expectations off guard with their potent releases, taking them both on demented doom bred adventures which are as merciless as they are unrelentingly compelling. Self-released fourth album Hymnosis is certainly no different with its vivaciously flavoured sounds boldly brutal and torrentially vindictive as they infest what is the band’s finest moment yet. It is an album which like its predecessors in various ways is not quite the full triumphant package, occasionally bringing less successful moments within incredibly thrilling and inventive assaults, but the band seem to be edging towards that ‘perfect’ creation and this monster of a release suggests it will be sooner rather than later.

Hailing from Winnipeg, Psychotic Gardening was formed in 1995 by Chuck Labossiere initially as a side project. Linking up with vocalist Chris “Gillishammer” Gillis, the pair released debut album Sold For Four Souls and a Seed in 1998 but by 2000 the band was put under wraps as Labossiere linked up with Serrated Scalpel though still continuing to write his own material. Their demise in 2005 led to the guitarist/vocalist reforming Psychotic Gardening with Gillis, and the soon enlisted guitarist Andrew Wiens (ex-Children of Tragedy) bassist Aaron Krause (ex-Serrated Scalpel/Lykeum), and keyboardist Will Janssen (Lykeum). With Mike Janssen coming in on bass and Carlos Copaban on drums subsequently, a new line-up unleashed the album Hürdür in 2007 to strong responses, its blackened sombre intensively permeating thoughts and attention. Four years later Humanitorium was set loose to again ignite acclaim and appetites, the release seeing Matt Penner taking over stick duty in the band. Hymnosis comes as the band returns from a break which saw them working on new material and also Labossiere filling in with Broken Hope for their tour dates in Europe and Canada. With the album’s line-up only seeing the absence of keyboardist Janssen, the band infuses rich malevolence of death metal and classic metal temptation into the veins of their new album, creating another proposition which has little regard for assumptions and boundaries. As mentioned previously the release at times ebbs and flows in success but never once leaves the listener short of pleasure and removed from riveting incendiary violation.

The album starts off with its highest pinnacle in the startling onslaught of Origin of The Infection. The band’s recent single, the track 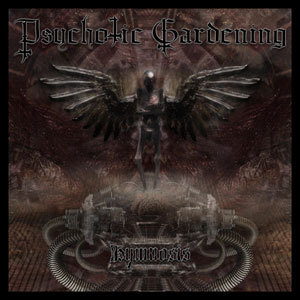 springs from demonic breath with immediately portentous riffs and a just as swiftly threatening heavy throated bestial bass prowl. Drum swipes also show instant venom but it is when the opening coaxing shifts into gear and becomes a savage predacious charge that ears and pleasure explode and greedily devour the brutal treat. With the weight of a murderous horde and the military precision of a legion of undead warriors, the track stalks and savages the senses. As virulently contagious as it is vehemently inhospitable, the song provides sonic guerrilla warfare before which primal submission is inevitable, especially within the claws of the outstanding gut wrenched vocal squalls and short spears of sonic enterprise. The track is so good that it is ‘downhill’ for the album here on in though against anyone else the following violations leave most only wishing for parity.

The following Defile entwines a heavy metal groove around the ears, one ridden by a dual vocal delivery which invitingly reeks of pestilence and decay. Again a groove charms with infection drenched efficiency whilst riffs drill their way deep into the psyche, neither quite matching their predecessor but enslaving with their own wealth of toxicity as the excellent range of vocals from Labossiere and Gillis explore the narrative. With captivating guitar craft adding further gripping hues the song gives the senses an exciting pasting which the intensive Re-Hybridized Strain exploits with its insidious, slowly crawling malevolence. The song smothers with its labouring gait and weighty intensity, snuffing out escape and light though the poetic keys of Labossiere and the winding sonic laces of guitar guide thoughts like beacons. It is an overpowering and empowering track physically and mentally which intensively satisfies but surprisingly lacks the dramatic impact of the first two songs within its gothic funereal incitement.

Both Mindfold and Genome Degradation throw the senses into distinct turmoil, the first rampaging with a pack like voracity to rhythms and riffs whilst vocals scavenge the debris of their virulence with another immensely agreeable mix of stances, the band and songs always at their very best when employing this enterprise. The deeper into its body and soul you go the more animalistic and cruel the track becomes, at times even carnal with its invasive solo and vicious hunger. Its successor is another merging more melodically brewed poison into its doom fuelled proposition, deliciously whining acidic grooves and addictive metal hooks reaping the rewards within the overpowering bulk of sound for another tremendous involvement.

The groaning delights of Searing Cital bring the next enthralling episode of ravenous intent, its invasive prowl soaked in an immoral but wholly seductive ambience. It is a track which takes its time to fully convince but eventually is one which lingers long after departure to colour nightmares. Its absorbing threat then makes way for the similarly menacing Garden Raiding, though its potency comes in melodic smog which entrances and invades as it permeates senses and emotions. Not as impacting as other songs, the track still keeps appetite and pleasure high ready for the strong cover of Death’s Open Casket which features Tim Roth (Into Eternity) and Chuck Wepfer (Broken Hope) and then the closing Journey to the Sun, a mesmeric atmospheric gothic journey through celestial shadows and seductive evils.

Hymnosis is a scintillating album which takes the listener on a rollercoaster of an intrusive ride which more often than not hits the loftiest heights and in certain places sets new inspirations for extreme metal whilst Psychotic Gardening has returned to prove themselves the fearsome stalkers of dreams and passions.