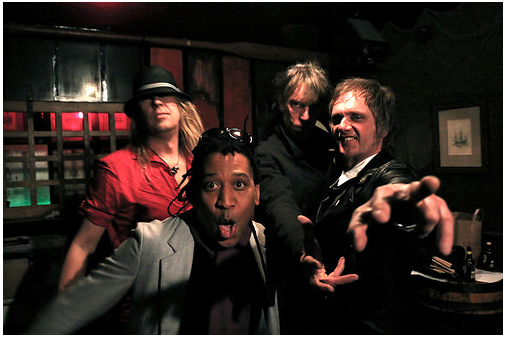 The wantonly enigmatic sound and presence of US rockers Smash Fashion has always made for a compelling and thrilling proposition since forming in 2004 and new album Big Cat Love provides no deviation in that potency. In fact it takes it to richer captivating levels with another collection of riotously varied and adventurous fusions of rock ‘n’ roll. The album sees the band again reaping the blooms of various decades and styles of raw and boisterous rock music, hard and glam rock as home within their invention as fifties rock ‘n’ roll and power pop. It makes for a tantalising proposition from the band’s third album, one which even with a couple of lulls in its persuasion is a stirring captivation from start to finish.

Hailing from Los Angeles, Smash Fashion consists of musicians drenched in experience and successes. The band is led by vocalist/guitarist Roger Deering alongside bassist Nigel Mogg (ex- London Quireboys), drummer Repo (ex-Smack), and guitarist Lloyd Stuart Casson (ex- Rock City Angels). Their previous full-lengths A Gentlemens Guide to Sophisticated Savagery and Don’t Pet The Sweaty Things in 2006 and 2009 respectively, set the band apart and into an eager spotlight for their expansive sound whilst last year’s single Blame It On The Brandy more than hinted at the promise of and raised anticipation for the new release. It was potential easily realised by the again Electricpudding Recordings released album, a confirmation of that clue and of the ever hungry invention and appetite of a band which has graced stages with the likes of Ian Hunter, Arthur Lee and Love, The Zombies, Cheap Trick, Psychedelic Furs, The Alarm, Missing Person, Orson, JET, and The 88 over the years.

A gong opens up attention and the entrance of first track Wicked Ways, a shock to ears which are soon filled with enticingly grooved 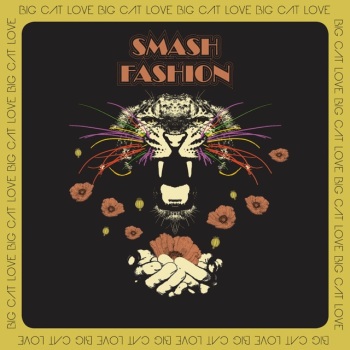 guitars and crisp probing rhythms. It is instant agreeable bait which only increases its lure with the vocals of Deering and an increasingly potent infectiousness which soaks the melodies and chorus of the song as well as the vocal delivery. You cannot say that the song is a startling protagonist for the imagination and emotions but it is a persistently persuasive stroll of finely sculpted hooks, fiery grooves, and sonic enterprise which achieves the same impact. Feeling like an old friend in new clothes in many ways, much like the album, the song is an impressive opener which is swiftly matched by Marionette. Bringing more punkish seeds than the first whilst still firmly involved with a hard rock canvas, the excellent track seduces like a mix of early days The Jam and The Vapors, easily igniting and passions. The fact that it is a reworking from an appearance on the last album makes no difference to its might and presence on the album, such its thrilling offering.

The following Strike My Fancy (Knickers Down) is as flamboyant and wonderfully sleazy as its title suggests though with a refined touch in restraint behind a melodic colour which flames around the senses as keys tease their submission. It is another excellent romp with more contagion than a strip club and just as sexy, especially with the incendiary guitar craft blazing across its body, a skill just as evident in Stay Off My La La and You Love to Suffer. The first of the pair shows its intent to rock from the first seconds, riffs and vocals a keen devilry within a sturdy frame of rhythms and dark roaming basslines. As all the songs there is something virulently catchy and anthemic to the track easily bringing feet, voice, and emotions into its grasp. Thoughts of bands like The Motors and Eddie and the Hot Rods are stirred occasionally through the song before it makes way for its successor, a smouldering ballad which from humble temptations emerges over time as a riveting enticement with dark sixties punk croon to its suasion.

The title track comes in next, starting with a mischievous almost tribal groan which sparks real intrigue but then as swiftly abandons the bait to twist into a glam/seventies pop rock which is more than decent but just does not excite like the previous songs. Like Darts meets The Quireboys it is a satisfying romp but not one to fire up any real passion in personal tastes, though the bass endeavour and climactic conclusion to the song are big pluses. The perfectly accomplished and varied Just a Kiss At the Starting Line is much the same in success though different in sound with its country rock twang and bold melodic rock stroll. The guitars and drums again ensure there is plenty to engage and run with, just not enough to spark any major ardour for.

Super Glam next builds a bold rock lure of country bred spice amidst a power pop lilt and darkly toned vocals. It is another song taking time to convince but succeeds eventually through its excellent pop swagger and hard rock veining of outstanding guitar craft and pumped rhythms. It is one of those devious songs which takes a deeper grip than first realised to be a lingering presence, though the following punk infused Aim for the Heart soon has total attention for itself, the song an outstanding fusion of the addictive hooks of Buzzcocks and rich drama of Psychedelic Furs all immersed in the kind of premise which only Smash fashion can conjure. The song is an infectious temptation with feisty intent, a mix equalled by Blame It On the Brandy right after. The song immediately has ears at attention as it opens with ridiculously addictive rhythms before settling into a brew of alluring hooks, stirring riffs, and healthily anthemic vocals. Bringing seventies glam flourishes into a tempest of blues kissed rock n roll, the excellent encounter is a mix of American rock and Thin Lizzy, and a complete joy.

The dusty climate and vocal shade to Live to Tell makes for another very satisfying if not explosive avenue to the album, its scenery a bloom of shapely guitar invention and flavoursome rhythmic wile, before Stairs to Nowhere brings Big Cat Love to a rousing close. A big boned mesh of seventies hard rock and garage punk with unsurprising but enjoyable animated energy and passion, the track makes for an eventful conclusion to a fascinating triumph. Boundaries are not worried and originality arguably left alone for the main by Smash Fashion on their album but they still present a proposition which incites pleasure and the rocker in us all and that is more than enough for us.