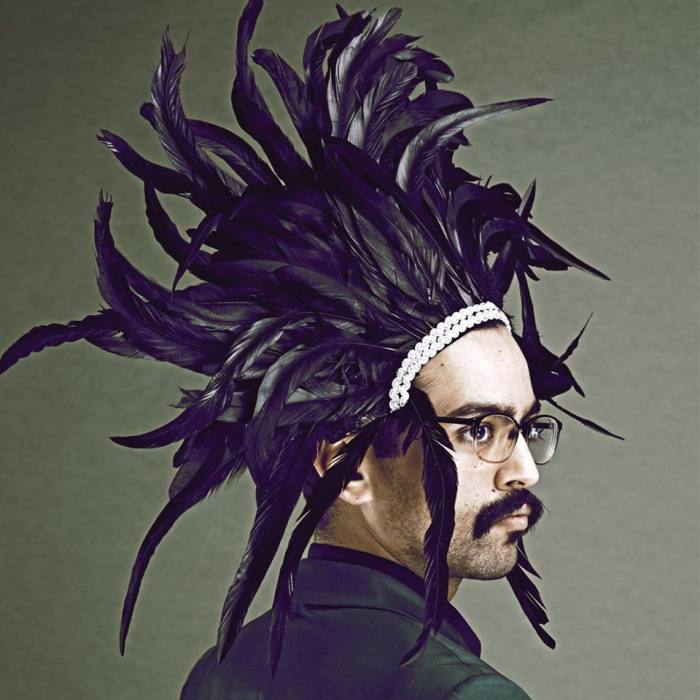 If like us you have been impressed and excited by Brighton band Black Black Hills, you might just get a tingle, again just like us, at the thought of a solo project from the band’s frontman Mark S. Aaron. When the man in question got in touch telling us about his new solo project Rooster Cole, there was an immediate intrigue and excited eagerness to find out more and once we had embraced the first two songs from this new adventure, there was little option then to share. As expected from previous exploits there is an elegance and grandeur to the sound of Rooster Cole but equally it has an intimate presence skirted by wonderfully invasive shadows. Nick Cave springs to mind as a comparison in many ways but truly the project has a uniqueness which seduces from the first note and syllable.

As mentioned Mark S. Aaron was /is the frontman to Black Black Hills, not too sure on their state of being right now to be honest, a band which has supported the likes of Twin Shadow, Maps & Atlases, and The Vaccines. Their sound also found good acclaim from the likes of Edith Bowman, Nick Grimshaw, and Huw Stephens, with their single Far From My Arms chosen by Lauren Laverne as one of her show’s MPFrees of the Day and placed on the Radio 1 playlist. Rooster Cole sees Aaron step out alone with a pair of captivating tracks as his first temptation. Still to play live as he works on further songs with a single and video planned for later this year, Aaron is already brewing up some hungry attention and it is easy to see why with the magnetic charm of his first offerings.

The two songs marking Rooster Cole’s emergence are More Than You and The Waiting Place, two sultry evocative persuasions which simply entrance the imagination as potently as the ears. More Than You moves into view on a breeze of jangling guitars and a broody bass tone, all gentle and restrained in their gait but rich in their expressive hues. Once the distinctive tones of Aaron open up the narrative’s croon a thicker emotive embrace cradles thoughts immersing the listener into a smouldering climate of heat and incitingly suggestive seduction. The song is still tempered in its urgency yet has a sway and swing which makes feet submissive but once the epic voice of sound and vocals in their varied delivery clasp the chorus, new incendiary heights and tempting depths are opened up. The song is simply glorious, its broad shoulder of sound expansive yet intimately caressing with lyrical and vocal enterprise. With keys bringing further colour rich flavour to the song it alone sparks a hunger to keep Rooster Cole under close attention.

The Waiting Place is a slower bewitchment, a piano led walk through resourceful scenery of discord kissed melodies, percussive kisses, and the noble come sombre yet emotionally incendiary vocals of Aaron. The song is covered by a red skied emotive climate, its potent vivacity a tempering lure to the shadows unfolding within the irresistible tale. There is an essence of Helldorado and Saint Agnes to the track at times and of the Dennis Hopper Choppers too, but all mere comparative spices in the ingenious design of Rooster Cole.

Though not official releases the two songs are available from Rooster Cole as free downloads from https://soundcloud.com/roostercole, an offering it is easy to loudly recommend all treat themselves to. Using the pair as inspiration, the suggestion that Rooster Cole will be a name on the lips of the country and in the ears of a legion of feather enthusiasts on a future horizon is unavoidable. https://www.facebook.com/roostercolemusic