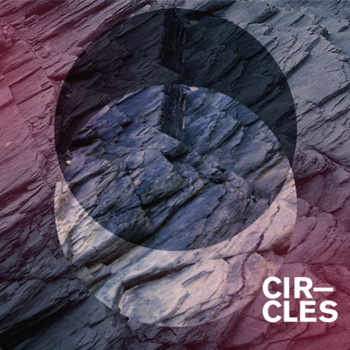 Having been as equally overwhelmed as we were smitten by their debut album Aegean, there was definitely a strong breath of anticipation for When Icarus Falls’ new EP, Circles when it came through. Consisting of three new tracks and a remix of a previously released song, the new encounter takes the strengths of its predecessor on another intensive and extensive journey of dramatically testing adventure. With swooping atmospheres and imposing textures a constantly evolving obstacle and seduction, the Swiss post hardcore band never offers anything less than full and fluid immersions for the senses and emotions, a consuming potency that Circles does not refrain from either. It is powerful uncompromising proposition which depletes and rewards ears and energies whilst imagination again is taken on incendiary flights across riveting soundscapes.

Hailing from Lausanne, When Icarus Falls began in 2007 making their first attention grabbing mark beyond local appetites with the Over The Frozen Seas EP via Get a Life! Records in 2009. Shows with the likes of Red Sparowes, Zatokrev, and Impure Wilhelmina only enhanced their emergence but it was Aegean two years ago which nudged a wider recognition their way. Themed by the work of Elisabeth Kübler-Ross, a famous psychiatrist who described the five stages of dying: denial, anger, bargaining, depression and acceptance; as inspiration, the Headstrong Music released album showed little restraint in enveloping the world in burdensome atmospheres and ravenous melodic fires, a portentous assault which Circles readily continues.

Recorded by Raphael Bovey at Blend Studio, the self-released exploration opens with Erechtheion. It opens with a soaring a sonic sightseeing of expansive and welcoming yet almost ominous scenery to provide an instant rich lure for thoughts and imagery. The initial embracing flow of acidic melodies and adventurous riffery, both aspects strikingly crafted by guitarists Yann Cottier and Luis Cordeiro, is a resourceful evocation but one also brewing up darker intensity as the raw vocals of Diego Mediano squall across the soundscape. His distinct abrasing tones are ones you take to or not and like the sounds having little time for mercy or restraint in their full on passion, but as another coarse texture to the multi-layered deeply almost cavernous songs Mediano’s tones only add to the danger and intimidation. As the song traverses its narrative and adventure, the rhythmic seduction from drummer Xavier Gigandet aligned to the bass stalking of Claude Humbert-Droz is as impressive and compelling as anything else with every member adding a unique aspect to the nature and intent of the songs. The opener employs all their skills and invention to create an unrelentingly inciting and contagious intoxication which immediately sets the release on a new plateau for the band.

The Great North follows and immediately lies threateningly against ears with slowly prowling rhythms and the rasping vocals of Mediano. It is a brief stand –off before the guitars and keys, also provided by Gigandet, weave an evolving canvas from gripping sonic endeavour and melodic enterprise. There is a hazy, almost sultry air to the emerging climate of the song, one which is patient in its spreading across senses and song. The carnivorous throat of the bass though ensures the opening warm hues of the song are skirted by danger and reserved malevolence, providing a predatory edge to the expanding ambience which at times reminds of The Cure around their second and third albums. Maybe not quite as majestic as its predecessor, the track still leaves the listener basking, even lost at times, in its expressively emotional and epic landscape, all the time challenging and rewarding ears and thoughts.

Of the three new tracks, Celestial Bodies is the less demanding in its opening coaxing though still vocals and to a lesser extent the bass tempers the peace and grace of the keys and guitar built sonic scenery. The drums also add a sinew and rapaciousness to proceedings, the darker hearts of the three lurking in the corners and shadows of the sweeping melodic flight. Every twist and aspect of the towering complex construction of the song’s premise though is soaked in a danger and menace so there is never a moment upon Circles where you feel safe or relaxed. The song again is a masterful confrontation which is matched by the remix of Nyx, a track which was previously released as part of the Falling Down II compilation of 2010. The concluding song is a pestilential persuasion, demonic  sounds and elements scurrying around the black ambience like a plague of spite before the song takes a deep breath and heaves its own heavily intensive weight of sound and emotion upon the senses. The most destructive and venomous track on the release, the track makes for an absorbing end to another fine release from When Icarus Falls.

The Circles EP like the band’s sound as a whole is not looking to make fleeting relationships with mind and emotions nor make it wastefully easy for the listener to initially engage in its exhaustive, scintillating, and ruinous explorations but the rewards for the bravery and patience needed are unique and exceptional. Not a release for everyone certainly but it and When Icarus Falls should be definitely attempted by all.