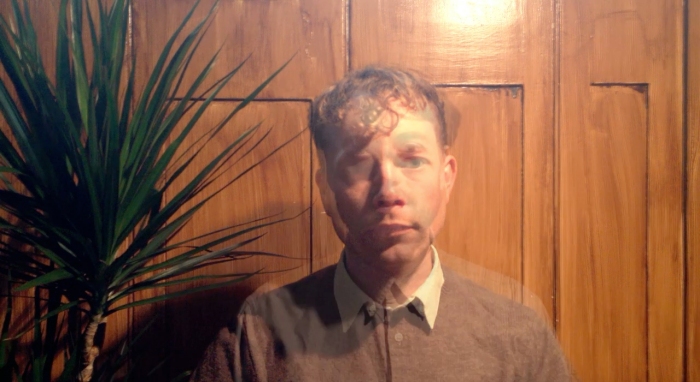 Bringing a primitively lustful tingle inside with its post punk bred fusion of noise and psyche rock, the Where Dull Care Is Forgotten EP from UK band Tense Men, is one of those delicious treats which flicks all the right switches. Band and release is a ripe proposition for those with a strong appetite for post punk, repetitious discord, and minimalistic adventures of noise and maybe less tasty not for those with different appetites, but we would suggest still a rewarding encounter leaving a lingering mark whatever your penchant.

Tense Men was formed in 2011 by Cold Pumas guitarist/vocalist Oliver Fisher and singer/drummer Richard Phoenix of Sauna Youth. Combining drums, guitar and a loop pedal the duo made people stand up and notice with a clutch of live performances before recording the six track Where Dull Care Is Forgotten. Since its recording the Brighton band has expanded with the addition of Omi Palone bassist Liam O’Neill. Now with its release via Faux Discx on 12” vinyl and digital download, the debut EP from Tense Men is poised to push this union of craft and noise sculpting into an eager awareness, its success on the strength of the release something hard to doubt.

As soon as opener Stages Of Boredom scars the ears, imagination and an already assumptive hunger are lit as guitars lash the 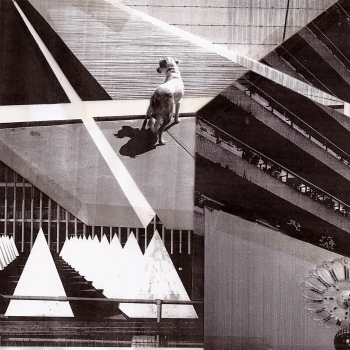 air with sonic persistence matched by a rhythmic enticement. The first piece of insidiously addictive weaponry is unleashed within seconds, a repetition driven groove entwining the senses with seductive potency as the vocals of Fisher offer a mutually monotone seeded suasion. Into its full drone bred swagger, the track baits the emotions with a mix of The Gaa Gaas like psyche temptation and the post punk causticity and repeating moroseness of Joy Division. It is a magnetising provocation which worms itself under the skin with an insatiable toxicity and an intensively powerful lure into release and band.

The following RNRFON resonates through bone as its rawer body presses on the senses with a bass cast coaxing rapidly joined by equally unrelenting rhythms. Across their flanks shards of caustic guitar sear the air before the vocals join the affair with a sombre wishful tone to their delivery. The track reminds of another English band; The St Pierre Snake Invasion with its rawer punk lent persistence, again restrained torrents of repetition veined by squirreling guitar leading the passions into another ardour clad response. With a coat of discord to the jangling swipes of Fisher’s strings in dramatic contrast to his vocals and the low hum of the track, Tense Men has imagination, theirs and ours, tightly clasped in their hands.

Lie Heavy (Desperate Times) has a thicker rapacious throat and presence to its sound, Mary & Jesus Chain with a touch of Birdland coming to mind whilst the enticing jagged guitar melodies add a touch of The Fire Engines to the abrasive incitement. Though the song does not spark the same depth of greed as its predecessors it still leaves satisfaction basking in a resourceful web of noise which the title track tries to exploit further with its slow and patient consumptive breath. The dark wash of the track almost swarms as it offers its doomy pressure, the drone preying on body and thoughts and in a different guise repeated through the equally potent Nonentities. The track has a slightly lighter atmosphere which also ventures into a Reid brothers inspired premise as its predecessor, but still allows no respite from the intensity and mesmeric call that unbridled reduplication brings.

The EP ends on a riot to match the incredible start of the release, Opiate Glow the dramatic treat. The rawest punk spawned track on the album with post punk voracity, the tempest emerges from a two barrelled incitement into a ridiculously contagious stroll, rhythms and vocals simultaneously beckoning and taunting before expulsions of furious guitars and energy savage the air. It is an outstanding trap which has more than a whisper of Wire to its devilment, in fact the song like a close relation to the legend’s track 12XU, just a few generations on in the family time line.

Where Dull Care Is Forgotten is a fabulous release, a scourge of nostalgic and modern smothering which ignites the passions from start to finish. Whether Tense Men will have to bide its times as its members return to their day jobs we will see but already the anticipation for their next offering is impatient.