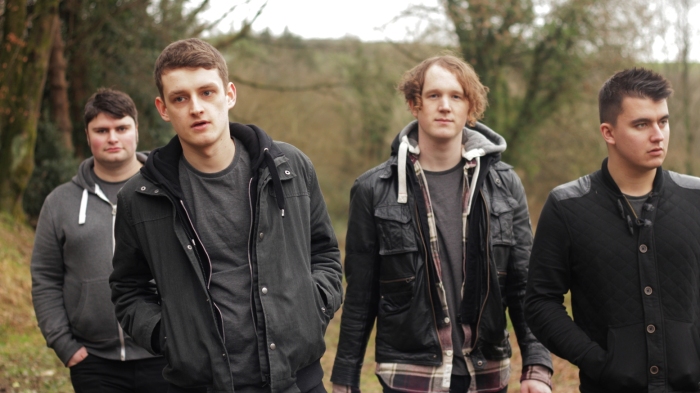 Oh Captive’s STUNNING DEBUT EP RELEASED!
Rising Bristol post-punk quartet ‘Oh Captive’ nationally unleash their debut EP ‘Advanced Creature’ through all digital outlets on Monday 28th April.
Hailing from the South West, Oh Captive produce innovative music that rails against the din of predictability and still rings true with compelling clarity. Sparking glowing comparisons to the likes of Coheed & Cambria and Twin Atlantic, Oh Captive have crafted a sound of their own, and the evidence can be heard on their brand new hotly-tipped EP entitled ‘Advance Creature’.
Originally formed less than two years ago, Oh Captive cut their teeth with countless hours in grimy rehearsal rooms before BBC Devon Introducing beckoned in early 2013. By the year’s end, Oh Captive had shared stages across the UK with Sonic Boom Six, Straight Lines, Max Raptor, Sharks, Blitz Kidz, I Divide and Scholars. The foursome fully honed their songs in the live arena in anticipation for completing a debut EP that would prove to startle and sparkle in equal measure.
Advance Creature peddles a firecracker brand of intensely melodic post-punk, where concise hooks pierce the air with disarming force. There’s honesty and maturity to Oh Captive; their sound is raw but emotionally redolent, ferocious but refined. The oft-kilter phrasing of the songs has enough to engage even the most discerning ears. Although the band never once crosses the border into over-indulgence, they still manage to create an effective ruse for a pop sensibility that’s ripe for FM playlists. And in Tim Kelly, Oh Captive have a frontman whose infectious, yet understated vocal delivery throws the spotlight on compelling vocal melodies. Behind that await rousing choruses, the dovetailing guitar melodies of Curtis King and an airtight rhythm section compromised of Tom Hitchins and Chris Hill. The post-punk outfit have a record that is sure to raise them to new heights, and with UK shows in the pipeline throughout the year, just watch them soar. 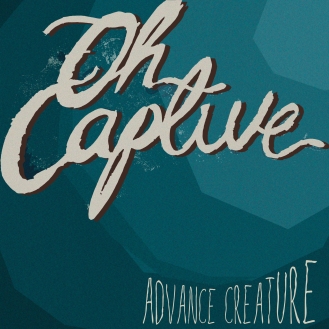 Like Loading...
‹ ZOLTAR SPEAKS bring ‘Save As I Save’, to the 14th April‏
Johnny Foreigner – You Can Do Better ›