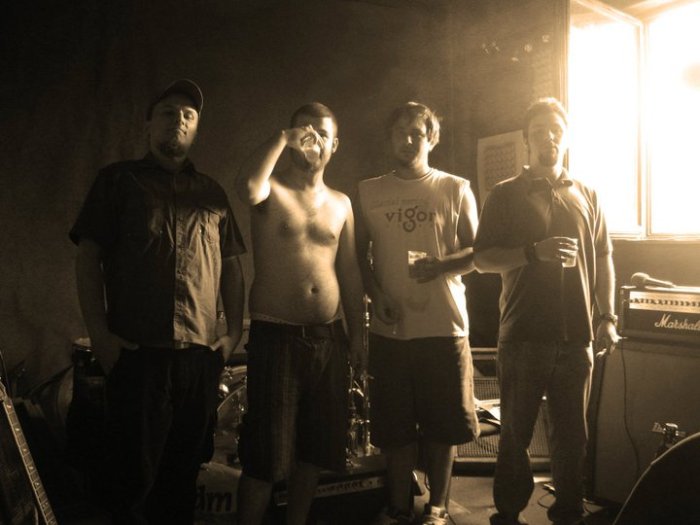 Soaked in atmospheres which consume and devour the senses as dramatic and intimidating textures sculpt and build intensive provocations, Atum the latest EP from Croatian metallers Duskburn, is certainly a formidable and testing incitement which is as uncompromising in its expression is it is in its intensity. Creating a presence which is entrenched somewhere between sludge and doom metal but sonically concentrated on the creation of ambient evocations which spawn the thickest smothering atmospheres; the three track release is a towering and richly immersive challenge. It is not always an easy listen and at times forces things too far but throughout the release provides an enthralling proposition which you cannot escape immersing in.

Formed in 2006, the Zagreb quartet initially started out as a death metal band but over time merged sludge and doom elements into emerging atmospheric compositions. The band’s last three EPs, their self-titled one of 2010, Marrow the same year, and Left For The Wolves in 2012 showed Duskburn experimenting with their sound even more. They began merging layers and wraps of discord bred harmonies with rhythmic dissonance within oppressive soundscapes, cacophonous scenes of sound and emotion emerging as strikingly evident upon Atum. It is a musical and lyrical narrative which can swing from being threatening to showing a caustic seduction within a swing of chords or the laying down of atmosphere sculpted tones. The new EP as mentioned is at times undeniably an uncomfortable listen but unafraid to stretch its intent and aggressively captivating one.

Running the theme of ‘cataclysmic omens and the purge of humanity’ through its body, Atum opens with Between the 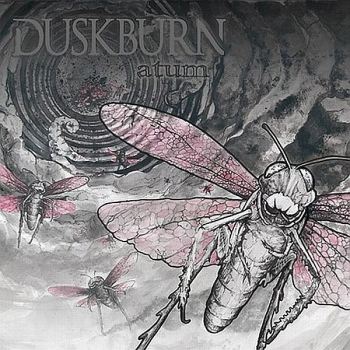 Swarm, a nine minute course through danger and emotional destruction brewed from an opening sonic drone bred embrace. It is an immediately intimidating coaxing speared by a restrained but potent rhythmic enticement as intensity increasingly builds. Once the rhythms of drummer Mario Komin break into a rolling and unrelenting beckoning to match the equally nagging sonic call of guitar, a greater menacing yet contagious capture of the imagination is at virulent work. It is an absorbing temptation pushed further into the passions by the bestial bass tones provided by Dominik Partić aligned to the exceptional guitar craft of Edin Karabašić and Neven Polšak. It is fair to say it is quite irresistible bait on offer evolving into a spitefully cantankerous and bruising intrusion on the senses as the track slows down its previously elevated gait into a doom drenched lumber. Something dissipates at this moment, the spark and toxicity which drew the passions absent as the song suffocates and encroaches deeper into the psyche. Given time and returns, the track makes a stronger statement upon the imagination but each time swamped by the dark abrasive cloud of that moment the yearning of that potent earlier rhythmic bait is never quelled, only consistently highlighted especially when Komin re-engages the virulent enticement in the closing passage of the song.

Nevertheless the powerful track is a persistently evolving encounter which persuades and convinces with every visit to its intensive atmospheric journey, which applies just as easily to the following title track, the song providing greater evidence and rewards for mind and emotions over time. In many ways the song is much like the first, its melodic and expressive caresses alongside dramatic shadows splintered by a ferocious and voracious expulsion of blackened passion wrapped in suffocating intensely compacted atmospheres, the rapaciousness driven by incendiary flames of sonic invention. Thoughts of Neurosis, Godlesh, and Swans have already been sparked by its predecessor and continue in the second song, though for not so obvious reasons why so do less firm comparisons to Young Gods, something about the melodically crafted ambiences in scarred enterprise bringing aural images of the Swiss band.

The closing Seamless follows the same path as the other two tracks, individual in face and presence but sculpted from the same intensive sonic cloth. The drum work of Komin again stands out as does the almost vitriolic haze of guitar invention but it is very easy to inadvertently merge this and the previous track into one similarly sounding expanse without close attention. The song still provides a demanding yet pleasingly imaginative closure to a fine release; one which takes its toll on the senses and emotions at times but generally rewards them with an inspiring presence even if one which maybe does not reach its full potential you feel.

Released as a 6-panel digipak through Cimmerian Shade Recordings, Atum is a release well worth feeling your flesh and psyche being emotionally torched by and another step to major things from the band you suspect.