Home › Music › ANIMUS declare the ‘Fall Of The Elite’, on 3rd March‏

ANIMUS declare the ‘Fall Of The Elite’, on 3rd March‏ 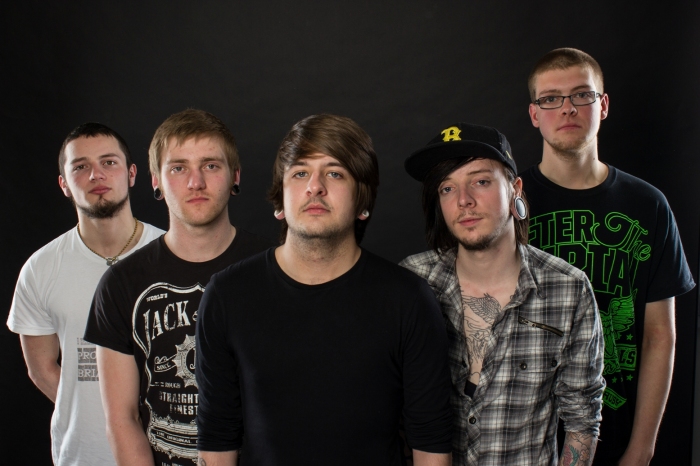 DUNDEE PROGRESSIVE METAL CREW ANIMUS REBOOT THEIR EAR SHATTERING DEBUT EP THIS SPRING!
Drawing musical influence from a host of sources stemming from After The Burial, Suicide Silence, Bring Me The Horizon, Whitechapel and Tesseract, Scotland death metal progsters ‘Animus’ are primed to take the UK by storm with their cutting blend of crossover metal. The rising five piece release ‘Fall Of The Elite’ on Monday 3rd March through all stores.
Animus began life in 2010, with beatmaster Poul Thomassen on drums and Sam Gilmour handling the guitar. The duo soon enlisted Sam’s old college buddy Graham Brown on second guitar and new friend Gavin Holloway on bass. For the next two years, the band played throughout Scotland, wrestling to hold down a permanent and reliable vocalist. However, all of this changed in the Summer of 2012 when the four-piece hooked up with Aaron Fawns, and everything just clicked into place. Aaron immediately joined the band as full-time vocalist and the revitalised noiseniks soon picked up the pace with a flurry of explosive shows throughout the northern territory supporting the likes of Bleed From Within, To Kill Achilles, Here Lies A Warning, Heights, Silent Screams, Chronographs, Hero In Error, Our People Versus Yours and I Divide.
The five-some closed 2012 by heading into the studio to lay down their official release in the shape of their “Fall Of The Elite” EP. Because the EP only received a regional and limited release during the early part of 2013, the band have decided to unleash the record with a full national release and extensive touring for Spring 2014. And rightly so, as the record deserves to be thrust into the limelight. From the full bloodied fury of the opener track ‘Damnation’ to the death prog beatings of the EP’s namesake ‘Fall Of The Elite’, the record showcases a band that will be a prominent force in the UK metal scene for many years to come.
=ANIMUS RELEASE ‘FALL OF THE ELITE” ON MONDAY 3rd MARCH 2014 THROUGH ALL DIGITAL STORES= 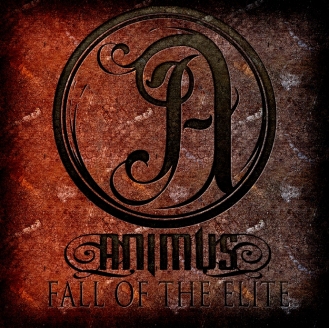 Tags: After The Burial, Animus, Bleed From Within, Bring Me The Horizon, Chronographs, crossover metal, Death Metal, Fall Of The Elite, Fall Of The Elite EP, Heights, Here Lies A Warning, Hero In Error, I Divide., Our People Versus Yours, progressive death metal, RingMaster Review, Silent Screams, Suicide Silence, Tesseract, To Kill Achilles, Whitechapel