Orion – On the Banks of Rubicon

It is fair to say that India is a potent metal scene still relatively untapped by the rest of the world. It is a shame and a little surprising as the amount of bands which thrill and impress there is a constant hint, especially in regard to extreme metal, of just how strong the scene is. Progressive death metallers Orion provide another enthralling formidable nudge with their EP On the Banks of Rubicon. Four tracks of riveting and persistently unpredictable invention, the release is a burning beacon of skill and imagination which should not be ignored.

Consisting of guitarist/vocalist Vigneshkumar Venkatraman (also of Albatross), guitarist Ashwin Kulkarni, bassist Anshuman Bhattacharya, and drummer Pritesh Prabhune, the quartet from Mumbai was formed in 2008 and released their first demo Reverie Hours two years later. Taking inspirations from the likes of Death, Opeth, Necrophagist, Gojira, Periphery, and Protest The Hero into their blend of progressive and death metal with plenty of further essences to captivate the imagination, the band makes a compelling persuasion with On the Banks of Rubicon. Strikingly merging melodic and carnivorous intents into a landscape of provocation which startles and seduces from start to finish, the EP is a masterful exploration which sculpts a formidable declaration for not only the band but Indian metal as a whole. 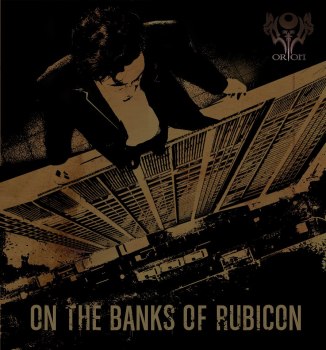 wrapping sonic tendrils around the senses whilst expanding a melodic enterprise through reserved but open grooves and instantly persuasive riffing. It is a magnetic entrance which lures thoughts and emotions into the heart of the melodic and groove metal mix brought with predatory energy and breath. A sudden dip into melodic elegance opens the door for a torrent of rapacious provocation, riffs and the heavy growls of Venkatraman spawning rabidity in the track as it goes straight for the jugular. It is an intensive evocation which commands the senses before without warning diving into a progressive and melodic stretch of beauty and mesmeric seduction. This is subsequently entwined within the sinew driven death bred aggression of before to ignite an even greedier hunger for the song. Only half way in and the encounter has taken the breath away with its power and invention, something which never relents up to the final second of the six minute plus tempting. Nothing on the song is repeated beyond the passage seeding any particular moment and along with the excellent vocal fusion of guttural vitriol and clean melodic deliveries impressively helps drive the song straight into the passions. Like a union of Motherjane, Bhayanak Maut, and Opeth but with much more uniqueness, it is a rigorously incendiary and thrilling start to the release.

Devoured Existence enters next on a blaze of skilful sonic colouring which again ignites the imagination straight away, priming it for the harsh creative jaws of the track which scar and provoke. A thrash kissed surge to the riffing is tempered by the death metal spawned vocal delivery and surrounding imposing shadows but this itself is only subservient to the again outstanding guitar invention and menacing basslines which control it all. Predictability is once more completely absent in the creative maelstrom, classic metal spirals of sonic ingenuity descending to defeat expectations whilst the song niggles with almost pestilential efficiency enslaving the emotions as fully as its predecessor and the following triumph Astral. Almost eight minutes of simultaneously rampaging, crawling, and seducing adventure, twisting melodic and doom metal with a blackened wind over a progressive death metal, the third song is a scintillating encounter. Once more Motherjane comparisons spring to mind at times and certainly at the beginning, as does those to UAE band Absolace but it is only a small flavour in an ever evolving and shifting soundscape which entrances and violates with equal success and grandeur. The best track on the release it reveals and screams out all of the impressive elements and skills of Orion in songwriting and presentation. One of the best extreme metal tracks heard in a long time it can be the doorway to the widest recognition with a slice of luck.

The EP closes with the most direct death metal track My Dying Prayer, but again there is plenty of invention unleashed to bewitch and wrong foot the ears for the richest satisfaction, everything from vocals to guitar mastery, bass snarling to rhythmic manipulation impressively addictive.  On the Banks of Rubicon is an exceptional encounter all should take a big chunk of time out to investigate. It will impress and thrill whilst maybe opening the gateway to an undiscovered world of invention driven metal in the band’s homeland. Be brave and go for it we say.