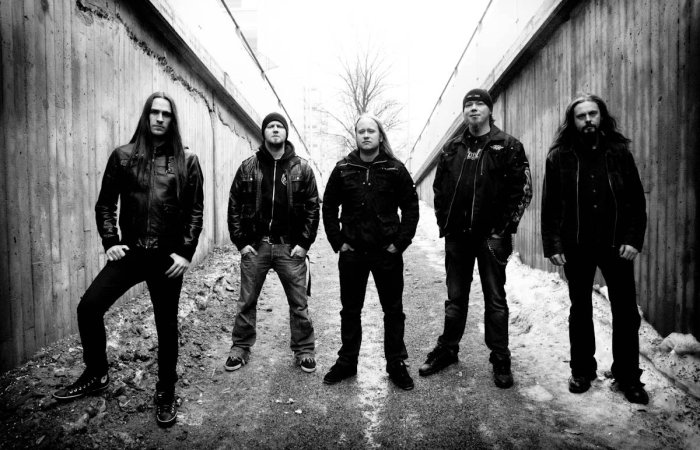 Like its title suggestiveness Volatile Waters from Finnish death metallers Magenta Harvest is an invigorated rapacious confrontation with aggressive and spiteful currents adding antagonistic intent to the intriguing proceedings. Also like an expanse of overbearing water the release ebbs and flows in potency and impact but is never less than compelling and persistently magnetic in its destructive lures. Building on the promise set out by earlier releases, the album is a sizeable slab of metallic contempt and vitriolic temptation and easily extends and stretches the potential which has slowly been gripping attention to date.

Formed in 2005 as a two man project by guitarist Timo Kontio (Havoc Unit, O, ex-…and Oceans) and drummer Janne Manninen, Magenta Harvest was a testing ground for the invention and ideas of the pair at first before second guitarist Timo Hanhikangas joined up with the band’s founders in 2009 alongside bassist Jonas Frilund (Chthonian). With vocalist Mathias Lillmåns (Finntroll, Chthonian) joining in 2010, first demo A Familiar Room was released in 2011 with the second Apparition of Ending arriving the following year. Focus was swiped from fans by both releases but it will be the Inverse Records released Volatile Waters which will make the strongest breakthrough for the band you suspect. It is not one to file amongst classic first albums but attention grabbing and satisfaction giving it undeniably is.

End and No Remembrance is the first incitement presented on the album by the Pietarsaari/Helsinki based quintet, the 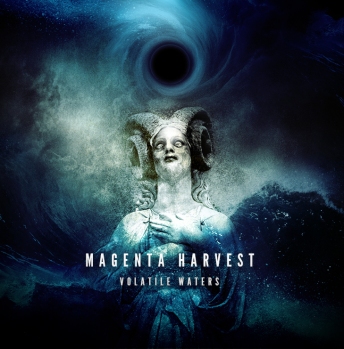 track emerging from a battle scene on some storm drenched shore with destructive rhythms driving on rugged riffing and a sonic tempest of sound. Settled into its stride with those same provocations taking a steadier but no less impacting aggression, the guttural malevolent growls and squalls of Lillmåns unleash their venom on proceedings. It is a formidable and maybe expected attack but certainly richly pleasing and one soon twisted by the blaze of clean vocals which break out intermittently across the rest of the song. It is a great mix hardly used at all on the rest of the album sadly and an inspiring additive to the tempestuous enterprise soaking the great opener.

The excellent start is backed up with the same predation and success by One Walks Down, a virulently malicious rampage which tears at the ears and chews the senses from start to finish but also entwines evocative keys and a core groove which easily seduces the passions into its pestilential presence. Not quite the equal of its predecessor the song is still a masterful tempting to eagerly immerse within and have its fevered sonic rapaciousness eroding the senses. The next up Spawn of Neglect is less successful and commanding though it is hard to hold much against it apart from the lack of the creative and appealing spark found on the first two offerings. The bass of Frilund as elsewhere is an undoubted  draw within the song and the craft undeniably strong but as afflicts a few songs on the album there is something missing to incite the emotions into strong reactions.

The following title track starts a two track pinnacle for the album, its unrelenting drive and addiction forging grooves, not forgetting clumping rhythms and carnivorous riffery, infectious as a base and epidemically taunting at their height. The stalking predatory nature of the song is the overriding enticement though, a trait thrillingly used by its successor, the outstanding Apparition of Ending. Torrential with cascading intensive beats from a hungry rhythmic battlement falling upon the senses whilst riffs furrow deep within the passions, the fury is unrelenting . That is until it suddenly expands a rich and mesmeric melodic blanket of beauty over the whole scene with keys especially magnetic. The returning savage rampancy of the track brings its glory full circle and back to voraciously transgressing on the listener, a violation welcomed and ultimately stealing to honours on the album.

Through the likes of the bestially hunting Interrupted Fleshwork , rhythms preying on its quarry with contagion, and the senses hounding Limbo in Rime the album continues its weight and appeal , even if both tracks struggle to match their immediate predecessors whilst Spiteful Beings to Earth Were Bound ravages with a bone splintering rhythmic punishment and jagged riffs which tear the senses for the ever insidious and enjoyable vocal delivery to lay its poison. It provides a returning step up in the undulating but constantly strong flow of the album, an elevation taken further by the excellent A Symposium of Frost. A ferocious storm from its first hardcore bred grazing of vocals and sound, the track shares its presence with a stomp of prowling aggravation and rhythmic invention laid within primal bait.

Completed by Carrion of Me, a more than decent final scourge of accomplished and vicious sonic fascination, Volatile Waters is an album with plenty to satisfy death metal appetites whether bred in old school or from a more hybrid nature. Magenta Harvest may not set fires raging in the belly with their release but certainly they leave no one devoid of satisfaction and enjoyment.