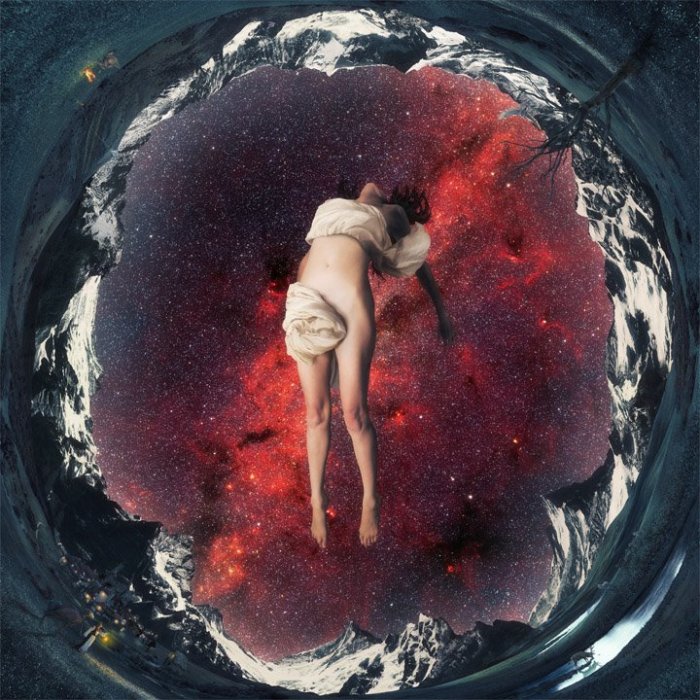 The tail end of 2013 saw the release of two sister EPs from UK’s  Hungry Brains, a pair of releases which suggests that the Manchester trio and their impressive mix of stoner rock and progressive metal is a towering force in the making. Both releases spark the imagination and passions with skilful enterprise and mountainous ranges of riffs and sonic flaming. Think Monster Magnet meets Alice In Chains with plenty of Svolk and Red Fang bulging contagion involved and you get a big hint to the scintillating sound created by the band and as to why both EPs are leaving lips eagerly licked and anticipation rife for what is ahead from the band.

Made up of Callum Armstrong, Paul Daly, and Orestis Papadopoulous, Hungry Brains first swiped at or rather barged into attention with the Centre Of The Omniverse EP last September. Consisting of three tracks which instantly enflamed the senses and imagination it was a commanding entrance soon reinforced by the December unleashing of The Mule EP. Alone either make a compelling introduction but together they enforce a declaration of intent from a band only a fool would refuse to keep a close eye and eager ears upon. 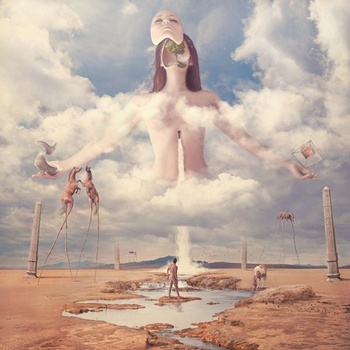 Centre Of The Omniverse EP

Centre Of The Omniverse opens with Dawn Of A New Age and immediately is throwing heavy muscular rhythms at the ears whilst the guitar sears all their vibrating hairs in the face of its intimidating and refreshing tempest. Vocals are not slow in thrusting their persuasion forward either and soon the impressing dual delivery is seducing even further the already keen appetite awoken by the already contagious sounds. That AIC reference is soon bearing its suggestion, especially through the vocals which a carry a definite Layne Staley feel but also we would suggest there is a slight Metallica essence as well as Soundgarden and Kyuss to the song’s imaginative mix. It is a totally magnetic start with only the fade out to its finale a slight niggle.

The following Unmade is a brief and rigorous brawl of sound with blues kissed psychedelia soaking the melodic adventure whilst rhythms again thump and career through the ear with firm and skilled provocation. Raw and fiery in sound and breath, the track is a combative yet seductive blaze of enterprise which produces and says more aurally in its one and a half minute than most bands manage in their epic soundscapes.

The first EP is concluded by Crooked Eye, a tantalising blend of expressive and harmonically fiery vocals within a sinew driven rhythmic cave and heavy intensive riffs. Part stalking and part canter, the song entices the imagination with a steely sonic stare and evocative melodic embrace whilst never relenting in its dramatic persuasion or breath stealing craft. As with all the songs and those on the second EP, there is never a moment where predictability reigns or expectations are merely fed, every minute and flame of sound an invigorating incitement for thoughts and emotions.

It is hard to recall many introductions to a band which has been enjoyed more and The Mule EP soon shows it is not a one off. Made up of one track in two parts, the release confirms and stretches further the potent temptation and presence of Hungry Brains with ease. Part 1 opens with a shamanic call of vocal chants which is instantly meditative but equally coaxing the imagination into thoughts of something dramatic and imposing pending. That hope is slowly realised as the track emerges, taking its time with rolling heavy cast rhythms and a sonic mist of almost antagonistic tempting within a relatively restrained atmosphere. The bass is a delicious tempter in the evocation, dark and menacing amongst the heated weave surrounding its throaty tones. The piece scores the air for a final time before evolving into Part 2 and unveiling a contemplative stroll of riffs and mutually determined rhythms. As a spiral of sonic sculpting from the guitar ignites the song’s sky, vocals again present the lyrical narrative in impressive and enticing style, once more only adding to the overall irresistible lure of the sound and release. Virulently contagious without losing its dramatic intensity and provocation, the nine minute track infests the passions to make its length slip by in moments and its potent suasion and that of the whole release rise with every passing minute.

Hungry Brains is a band we are sure you will be hearing time and time again swamped in acclaim across the future months and years and with both releases available as buy now name your price releases on Bandcamp, only the foolish and lazy would wait until then and resist now the stunning toxicity of this impressive band.