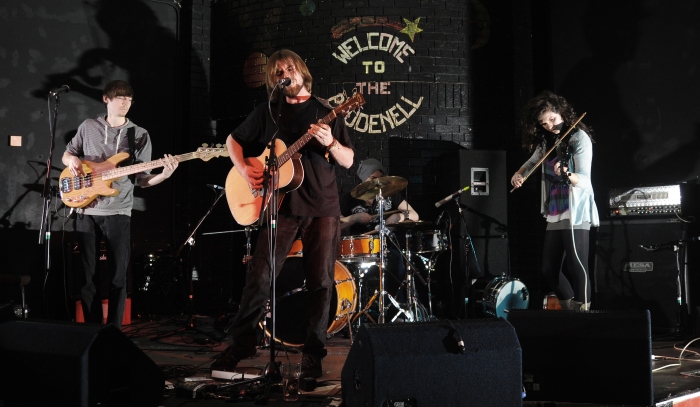 If Sawsound is a band yet to cross your radar then there is no better time to discover their intriguing and compelling inventive intent and sound than by launching yourself at their latest single Dreamcatcher. The track is a breath-taking blaze of experimentation within an imposing heavy rock frame which captures the imagination from its first breath and leads it on a heady blaze of invigorating and inciting intensive alchemy. Released digitally this past September but with an impending re-release according to close sources in January (with one suspects a physical option), this is a release no one with a passion for bold ingenuity and exhausting imagination would be foolish to ignore.

Formed in 2009, the Leeds quartet brings eclectic influences through its individual members into their ever searching invention. Brothers Simon (guitar/vocals) and Johnny Whitton (drums) infuse a love of heavy hitting sounds from the likes of Mastodon, Tool, and Metallica to the mix whilst Adam Greenhead (bass) offers spicery from his funk/groove style inspired by bands such as Radiohead, Primus, and Red Hot Chili Peppers. Add the Celtic seduction brought through the violin of Hana Piranha and you have as Dreamcatcher potently proves, a release which tantalises and incites the imagination as well as the passions with voracious charm. 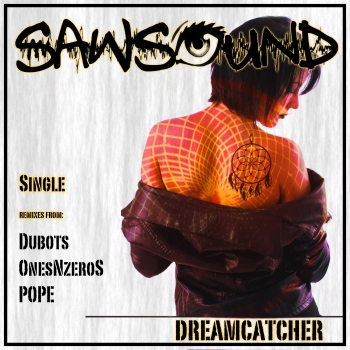 evocative violin croon, it’s delicious melancholic bait extended into pure addictive temptation by the joining thunderous rhythms and continually swerving and teasing guitar enterprise. The vocals have a northern lilt which adds expression to every syllable whilst the passionate delivery skirted by great band harmonies at times, only coaches thoughts to delve deeper into the narrative and magnetic textures of sound. The track brings a sublime tempest of heavy melodic rock, persuasive folk, and alternative metal, to really simplify all the flavours at work, into an arresting expanse of unpredictable imagination and mouth-watering adventure. As fluid in shifting gait and attack as it is in merging a colour box of styles into its spellbinding sinewed body, the song is a towering suasion of songwriting and craft, as well as spectacular inventiveness.

The release also sees three remixes of the lead song, UK producer DuBoTs creating the Oblivion Mix, the Lucid Dream Mix coming from OnesNzeroS, and Pope offering up the Deadliest Catch Mix. All free pinpoint and focus on individual aspects which paint a new satisfying take on the stunning original with their own adventurous insight though to be honest none come close to the force and potency of the lead track.

Backed by an equally impressive stop-frame animated video created by Michelle Tylicki, a visual artist who Sawsound is helping to raise money for her pledge campaign to enable her to help rejuvenate depleted coral reef that has suffered under man’s impact, Dreamcatcher is an outstanding release from a band which takes creativity and expansive rock to new scintillating plateaus.