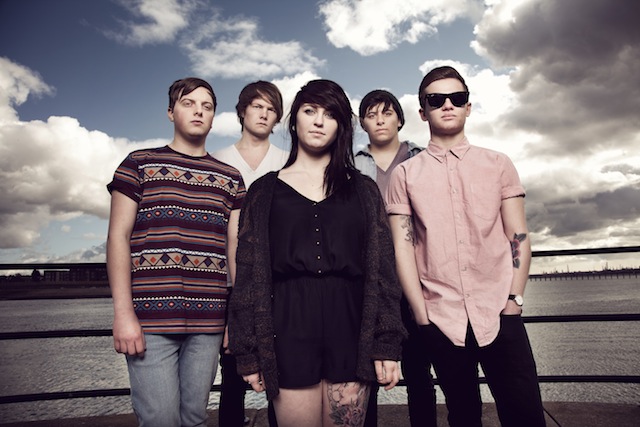 Though their sound is not yet burning new grooves in the walls of melodic rock, UK band Forever Can Wait have something about them which suggests that there is a richly promising and even greater presence within the Southampton quintet which will only accelerate on from and build from their impressive debut EP. Beauty & Grace is an enthralling magnet of a release, six fascinating merges of melodic rock and post hardcore which seduces at every twist of its inventive encounter. It does not ignite raging fires in the passions it is fair to say but undoubtedly with a craft and melodic instinctiveness which only persuades strongly, the EP has emotions and satisfaction burning brightly and hungrily for the band and their future horizons.

Formed in 2009, Forever Can Wait has earned a strong reputation for their live performances which has seen them share stages with numerous higher profiled bands and over 2013 with the likes of Press To Meco, Out For Tomorrow, Bad Sign, and Villains. Equally the year has found the band drawing acclaim for their sets at the Butserfest, Takedown, and Download Festivals, the last coming about from the band winning this year’s Red Bull Studios Live At Download competition. With good airplay also following recent singles, it is not hard to imagine and suspect that the Beauty & Grace EP will register the band within a nationwide awareness and spark an even greater ascent for the creative band.

The title track sets things in riveting motion, guitars scoring the air with emotive tones over a firm rhythmic beckoning. It is not a 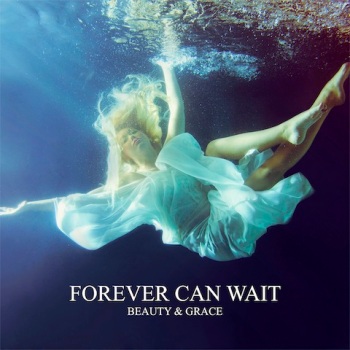 dramatic entrance but one with a potency to light keen appetite for how things will evolve, which they do in fine style with the vocals of Tash Crump taking control. From within a reserved and teasing passage, the lady’s tones make a strong and pleasing caress which only impresses across the song as they more than hold their own as the guitars of Liam Baker and Will Wilson turn in a snarling enticement and heat to the song. As the EP, the track does not quite get the heart fluttering and gasping for breath but definitely awakens keen eager attention.

The following P&Q brings the intensity and contagion which is only simmering within its predecessor and takes little time in securing a rampant greed for its presence. The guitars initially churn up the air with expertise and temptation before stepping in restraint to allow the jabbing beats of drummer Toby Leonard to build a formidable frame which the rapacious growling basslines of Luke Gould deliciously prowl. With caustic hooks and clean grooves weaving within the scorched energy, the song is a feisty encounter if one which never fully ignites as it hints at or one hopes. As in the first, Crump makes for a richly appealing narrator and makes the perfect temper for when the track does unleash a sonic scourge which teases bedlam but pulls away before crossing the lip of tempting chaos.

Rest is a smouldering seduction from its first breath but one stalked wonderfully by the grouchy throat of the bass. With great backing vocals from the guitarists, something arguably there is not enough of on the release, and a brooding atmosphere to the reflection tackling track as well as the ever convincing expression of Crump, the song takes its time but emerges as one of the strongest highlights of the EP alongside its predecessor.

The brief and decent enough piano crafted instrumental Release makes an evocative interruption before leading into the equally emotive Excuses. With a female fronted band like Forever Can Wait, Paramore comparisons always seem second nature but over the length of Beauty & Grace, this track is the one which really only sparks that thought. The track does not match the heights of the previous songs but still holds the listener in a tender but firm grip which the closing Hopes & Dreams matches with an emotionally hued flame of melodic craft and intensive enterprise.

The first half of the EP is certainly the strongest but Forever Can Wait has a strength and potency which makes Beauty & Grace something to enjoy and hanker for from start to finish. There is massive potential within the five piece and using their debut as an impressive base you can only see them becoming a familiar and sought after name on the rock bred lips of the country.