Home › Music › The Creeping Ivies – What Would Joey Ramone Do? /Ramona Wolf

The Creeping Ivies – What Would Joey Ramone Do? /Ramona Wolf 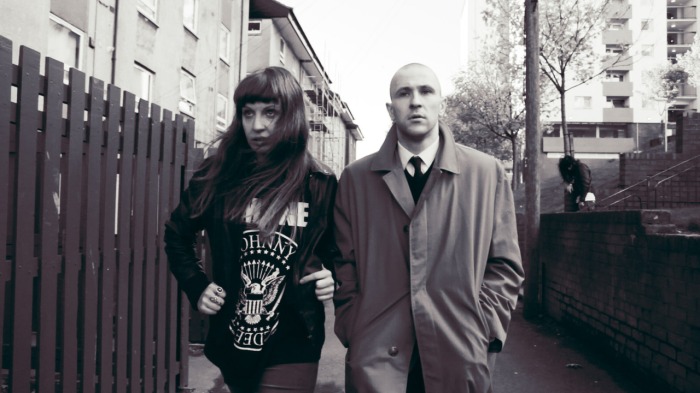 Continuing to provide a raw pleasure and sound which no-one else seems able to come near, Scottish garage rockers The Creeping Ivies unleash their next seductive persuasion with the double-A-sided single What Would Joey Ramone Do?/Ramona Wolf. The duo from Dundee of vocalist/guitarist Becca Bomb and drummer Duncan Destruction create a brew seeded in fifties rock ‘n’ roll, sixties garage rock, and seventies punk which they force through a scuzz lined filter of noise rock to make one of the most challenging and refreshing encounters around. This alchemy has already recruited a legion of ardour driven fans through the Ghost Train EP and debut album Stay Wild, and with the ever evolving sound and potency found on the new single The Creeping Ivies has set another deliciously scarring marker and plateau for themselves to erupt from.

What Would Joey Ramone Do? is an irresistible conjuration of Gene Vincent, The Ramones, and The Cramps with Becca 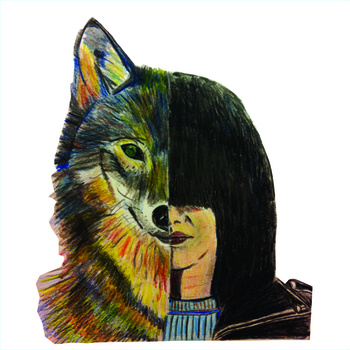 producing her finest Wanda Jackson strength and charm. Her guitar strokes equally spark an always eager appetite for the band into the usual hungry reaction, a want increased by her raw Cochran/ Poison Ivy Rorschach like guitar sound which rubs the senses and emotions into a delirious expulsion of emotions whilst the crisp thumping beats of Duncan lead the body into a kinetic dance. The groove of the song is out of the Road To Ruin songbook but with its caustic kisses and sonic intrusiveness it is a temptation unique to the pair.

Second song Ramona Wolf emerges from a sonic lure, its beckoning leading the ears into a glorious wall of acidic riffs, even paced punchy rhythms, and a cavernous atmosphere speared by an intermittent senses scrubbing causticity of guitar. The vocals of Becca ride the sound with the skill and toxicity of a temptress, a sorceress like enchantment washing every syllable expelled through the chilled ambience of the song. The encounter is a bewitching soundtrack to the sirenesque call of a devil witch from outer space, well the narrative to another ridiculously addictive song from The Creeping Ivies but that is pretty much the same thing right?

The Creeping Ivies just get better and better as What Would Joey Ramone Do? and Ramona Wolf both show and with the band’s second album Ghost World expected early next year anticipation and excitement are already showing some impatience in the wait.