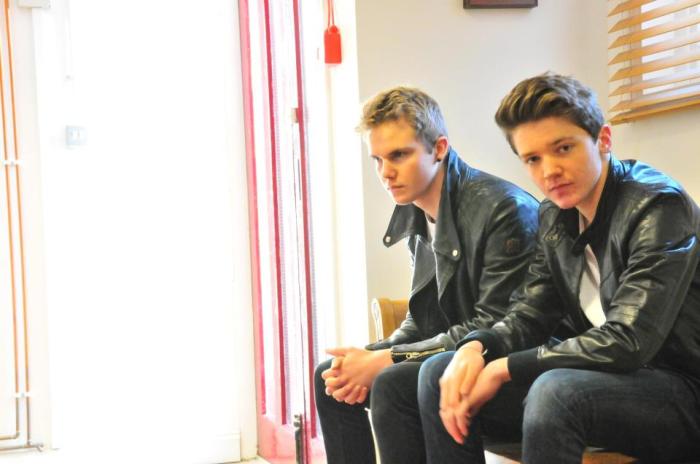 A raw capturing of the imagination with honest lo-fi sounds Trouble Last Morning is the debut EP from a band which provokes the thought that this could be an early introduction of a presence with the potential to evolve into something rather important. The EP comes from UK band Reporters, a duo from Milton Keynes consisting of teenagers Dan Stock (lead vocalist / guitarist) and Josh Ringsell (drums/backing vocals) which is kicking up a bit of a stir with their honest unafraid sound. Having already built a potent following in their home town through their live performances which has seen them play with the likes of Catfish & The Bottlemen, The Weeks, and Dead Sons, Reporters turn their attention to the rest of the country with the release of this quite compelling EP.

Released on the band’s own Phret Records, Trouble Last Morning is soon making the strongest persuasion with Meet Me In The Morning, a track which has a caustic touch to its melodic persuasion and instantly contagious lure to its presence and fluid temptation. The song takes little time in sparking thoughts of The Libertines and Arctic Monkeys but also offers a breath which leaks classic and garage rock invention, a feel of Television meets Tom Petty bringing a further magnetic tease. It makes for a sound which is not strikingly original but wholly inventive and tantalising, the riffs and melodic acidity an exciting wrap around the sinew stretched rhythms.

It is a gripping start soon backed by the equally enticing Last Of The Lonely, its chorus an addiction forging bait which enslaves feet and

the appetite for an infection bleeding anthem. As with its predecessor there is no room for excess fat in the songwriting or the delivery, every note and chord a stripped down persuasive wash of unfiltered rock ‘n’ roll with the vocals of Stock feverishly backed by Ringsell, a matching riveting rub of ears and imagination.

The closing Trouble In Paradise is an emotive ballad with a smell of Babyshambles to its discord kissed melodic scent. A track which brews up deeper pungent attraction the more you share its evocative strains, the song shows the richness of promise and enterprise the band has already and can only develop to stronger toxicity ahead.

The Trouble Last Morning EP is a fine doorway into as suggested a band with very bright and potentially important horizons ahead for them and British rock music. Whether it comes to pass we will see but certainly Reporters shows signs of having the creative weaponry to take on that challenge.