Building on from their acclaimed self-titled debut EP of last year, UK melodic metalcore band High Hopes unveil their first album, a release which leaves a wealth of promise and thrilling potency within the band the overriding impression. Released via Italian label This Is Core Records as was their EP, the eleven track slab of incendiary and provocative metal leaves a lingering satisfaction and suspicion that the band is destined to many exciting horizons such their intensely passionate and thunderous sound. Self Revival startles and surprises at times and in other moments feeds expectations and avoiding uniqueness, but for the lasting impression it is a vibrant and adventurous encounter which explains the buzz around the band.

Formed in August of 2012, the quintet of vocalist Nick Brooks, guitarists Nathan Pryor and Krishan Pujara, bassist Shaun Flanagan, and drummer Daryl Pryor took little time in finding themselves sharing stages with the likes of Your Demise, Palm Reader, Giants, and Oh Sleeper and making an inroad into Europe with their live performances. Their EP only accelerated the reputation of the Reading band; their powerful sound bred from the inspirations of The Ghost Inside, Parkway Drive, and Killswitch Engage upon their own invention, accelerating a rapidly rising fanbase around them. Entering the studio this past April with producer Russ Russell (Napalm Death, Evile, Sikth, Wildhearts), High Hopes has created a savage assault of a release, one as rife with hardcore animosity as it is metalcore destruction but an album that blends in a melodic weave and contagious enterprise which sparks an eager appetite.

It takes merely the first breath of opening track Seize The Chance to unleash the full intensity and effect of band and release. The guitars 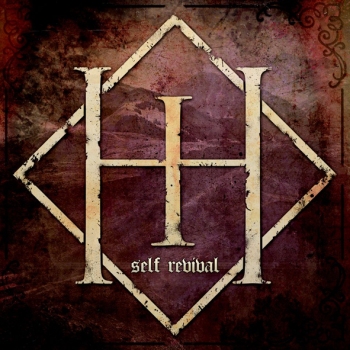 are soon shaping a sonic colouring to the rhythmic frame and intensity brought by the cracking swipes of Pryor and darkly shaped menacing prowls of Flanagan. It is an intimidating yet inviting lure into the song, the melodic venture bait for the imagination and the aggressive core a temper to thoughts intending to immerse in a light hued world, not that it is possible anyway when Brooks is unrelentingly squalling with his gruff animosity at the ear. With a generally singular style of delivery admittedly given good variety by group roars at times, his presence which from the start suits and pleases the songs is one that over the tracks does lose its strength of appeal due to the lack of diversity. It is a knack and ability which the likes of frontmen from bands such as Gacys Threads and Lantern For A Gale achieve even if not with open visibility, and one hopefully Brooks will acquire over time as his presence certainly enhances songs.

Through the likes of the intensive Seeking Truth with its gripping musical and emotional rabidity, the riveting 1953, and Strength To Strength, the album continues to enslave attention and appetite, the middle of the three especially exhilarating and a pinnacle of the release. It initially makes its acquaintance with a presence closely linked to its predecessor Renew Reform, but is soon carving out new walls and heights for Self Revival with twists and turns that leave the senses and thoughts invigorated and hungry for more.

Further major highlights on the album emerge with firstly the staggering climactic assault of The Balance, a song which for its first half is a formidable opponent until it whips out voracious swipes of rhythms and guitar venom to take it up many levels, and the blistering Endurance, another tempest of malevolence and creative entrapment which is impossible to resist, especially the scarring riffs and technically honed sonic lashing of excellence. The other songs on the album are all pleasing threats and captivating violations but lacking the spark or distinctive presence to make them stand out on the album. As the rampaging Days Fade To Grey closes up the brawl though, you sense that individuality as a band is not that far away, the song a scintillating slice of instinctive passion and enthralling imagination and easily the best track on the album with the biggest well of promise to spark confidence in the future of High Hopes.

Self Revival leaves as mentioned thoughts and assumptions soaked in positivity over the band even if it maybe does not quite live up to the strengths of its peaks enough times across what are all enjoyable slices of metalcore adventure. For a debut full-length though it makes for a potent base for the band to launch from and you suspect that High Hopes surely will.