Exit Calm – The Future Isn’t What It Used To Be 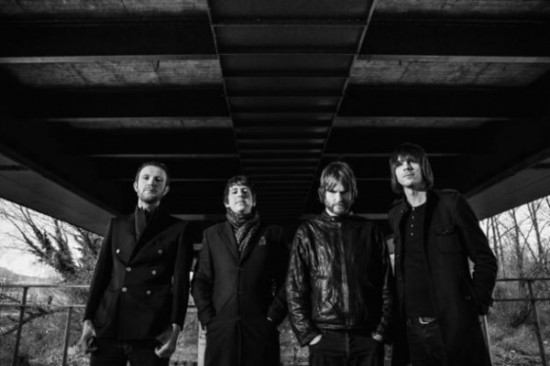 After a relatively quiet couple of years since the release of their debut album in 2010, UK rock band Exit Calm returned earlier this year with the well-received single The Promise and now fully step into view with the new album The Future Isn’t What It Used To Be. The nine track release of soaring epic melodies and matching textures continues on where its predecessor left off though finding a stronger emotive and compelling depth to wrap the senses and lose the imagination within. It is a skilfully crafted and beautifully imagined collection of songs, and though a release which ultimately does not ignite any real sparks and fires inside, leaves the listener with a healthy appetite and easily provoked satisfaction.

The South Yorkshire quartet of vocalist Nicky Smith, guitarist Rob Marshall, bassist Simon Lindley, and drummer Scott Pemberton, certainly stoked up a strong wealth of acclaim and hunger for their previous album and live performances which has seen them play alongside the likes of Modest Mouse, Echo & The Bunnymen, The Boxer Rebellion, and Soulsavers as well as lighting up stages at the likes of the V Festival and Tokyo’s Liquid Rooms. Embroiled in the inspirations of the likes of the moodier guitar led bands of the nineties, the sound of Exit Calm has a calming yet provocative effect on the ear and the new album is primed with plenty of fire hot impacting sounds. It is probably not too harsh to say that there is not a wealth of moments and songs which linger in the memory past their company but within their embrace the listener is immersed in some striking and potently enterprising adventures emotionally and aurally.

The first single from the album The Rapture opens things up, guitars conspiring to raise tingles with their resonating voices and sonic 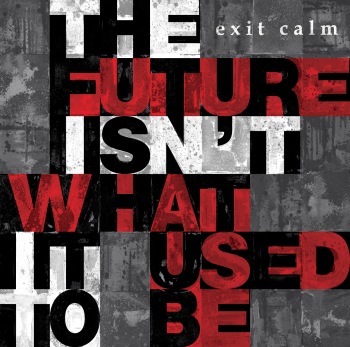 caresses. The throatier call of the bass brings welcome shadows whilst the melodic and sonic flames lick with restraint but potency at the ear awaiting the entrance of the excellent vocals of Smith. With a scorching breath to the climactic spires of melodic and passionate intent, the song swamps the senses in a pleasing and heated hold of imaginative narrative and impacting reflective sound. There is an early U2 whisper to the track especially vocally which does it no harm, and a feel of My Bloody Valentine to its body that makes for a satisfying and beckoning temptation.

Both Albion and Fiction continue the strong start, the first a reserved but heated flame of melodic textures and evocative hues and its successor a wash of jangling guitar teases and bass shadows around a vocal and melodic expression which pulls in the essences of Jesus and Mary Chain into the band’s own distinct poetic sound. Though neither song reach the heights of the first, both cast an absorbing and magnetic lure over ear and thoughts, the second of the two almost finding a presence which leaves a mark on the memory away from its caress.

New single When They Rise adds a little Oasis like confidence to its energetic yet reined in swagger and with an Inspiral Carpets gaited infectiousness makes an obvious lure into the album for newcomers even if the track is not the strongest on show, that honour belonging with ease to Holy War which follows the quietly contagious and slowly persuading Higher Bound. The simmering ballad is ripe with tender and descriptive melodies which outshine the vocals but against the pinnacle of the album The House Of Love toned song has a fight to stand out. Holy War instantly has a drama and imposing presence to its entrance and progress, a guitar scripted blaze and rhythmic mystique making a sirenesque plea to the passions whilst the band offers an invention and entrapment which dances and incites the imagination. The melodically colour strewn song stands head and shoulders above the rest of the album and is the one time the release repeatedly makes a suggestive and vibrant return away from the record.

The Promise slips in to a sixties wrapped elegant glaze upon a shoegaze wash, though one which is unafraid to add some muscular tempting especially through the drums. This brings a Birdland toned fire to the smouldering though without the scuzzier raw aspects they were renowned for. Glass Houses equally grabs attention with an intense heat to its sonic ceiling under which guitar and bass around the fine vocals paint an emotive picture, whilst the closing Open Your Sky provides a final nostalgic tease with its opening melodic gambit raising thoughts of The Walker Brothers to evolve into an Echo & The Bunnymen sounding embrace with psychedelic flames kissing the surface.

There is no doubting that The Future Isn’t What It Used To Be is a fine and impressively crafted as well as presented release, but apart for one maybe two moments it fails to grasp and find a memorable hold on thoughts and passions away from its body. In its arms though the album is a satisfying pleasure which confirms if not stretches the already impressive status of the band.

Tags: Birdland, Echo & The Bunnymen, Exit Calm, Jesus and Mary Chain, My Bloody Valentine, Oasis, odest Mouse, RingMaster Review, Rock, shoegaze, Soulsavers, The Boxer Rebellio, The Future Isn't What It Used To Be, The House Of Love, The Promise