All To Ruin – Parables EP 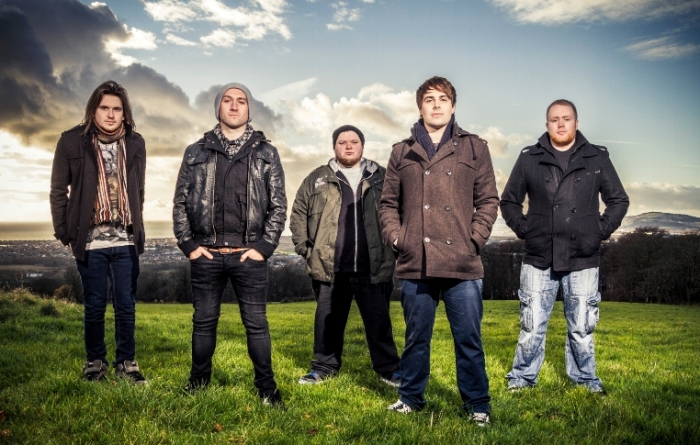 Unleashing melodic metal which has essences seeded in the likes of Friend For A Friend and Protest The Hero and a snarl and venomous aspect which you might find in an August Burns, UK band All To Ruin unveil their debut EP Parables. It is a release rife with potent promise and explosive craft, a record which maybe is low on offering something to right now set the bad truly apart from numerous other emerging bands stalking the same genre of sound, but a collection of impressive tracks which undoubtedly grab attention and stoke an appetite to see where the band go from their strong and pleasing debut.

Hailing from Port Talbot, South Wales, the quintet of vocalist Aaron Roberts, guitarists Luke Curran and Rhodri Williams, bassist Andrew Pope, and drummer Tom Richardson first drew attention with not only their live shows around their local area but a demo recorded in 2011 with Martyn ‘Ginge’ Ford and Matt Bond who have earned a big reputation for their work with the likes of Slipknot, Trivium and Bullet For My Valentine, the pair also handling the new EP. Shows alongside the likes of The Gallows, Young Guns, Deaf Havana, This Is Hell, Lower Than Atlantis, The Blackout, Fei Comodo, Funeral For A Friend, Heart Of A Coward, Heights, Sylosis, Revoker, Bury Tomorrow and many more has only enhanced their reputation of a young fired up and creatively striking band. Recorded early last year, Parables is the next thrust forward for the band and one which though still searching for that unique voice you only suspect will take All To Ruin up another rung or three.

Opener As We Exit takes little time to take a grip on ear and thoughts, searing melodic grooves and thumping rhythms instantly making 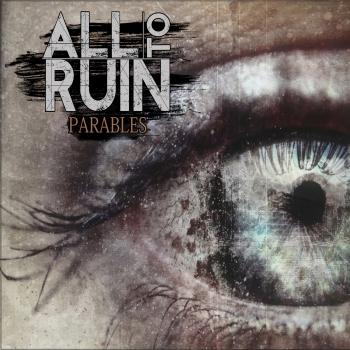 a potent persuasion aided by the raw caustic riffs and throaty menacing basslines, it all ridden by the excellent clean yet fiery vocals of Roberts. Before assumptions can be made that this is possibly nothing new the band and song unleash a lethally addictive groove and unbridled intensive passion to its sound and vocals. It is a striking and rampant start but one with thought and emotive craft which ensures an intriguing and enterprising ride. Each listen sees the song make a louder stronger declaration which leaves a lingering claw in passions and hunger.

The following A Part Of the Line certainly has fire in its belly but a less intimidating presence to start things off, guitars and vocals making an almost desperate emotive plea with their heart coloured narratives. Speared by the ever impressing beats and rhythmic caging of Richardson, the track is a strong if paler successor to the first though that is also left in the shade of the best offering on the EP, The King Is Dead. This is a song which shows that time could very well deliver a distinct standalone presence for the band, soaring vocals and raging rhythms within exhaustingly enticing grooves a rapaciously addictive and enthralling flood of expression and aggressive emotion. Virulently contagious without losing its stirring inventive potency, the track is a blaze of niggling burrowing beneath the skin riffs and sonic teases framed in another rhythmic trap by Richardson who also adds some strong melody tempering growls.

Under The Shade steps forward next with what is arguably the most expansive sound and flavour of all the tracks on Parables. There is a definite familiarity across the chorus though the exact reference to whom eludes recognition, but then again all tracks for their only real issues have a breath and voice which is similar to others. Nevertheless the song is another burning fire of craft and melodic flame which impresses before allowing the grouchy Vultures to conclude the release. The most destructively aggressive and antagonistic of all the songs it still makes room for the continuing to impress vocals and inventive guitar weaves to bring their rich adventures and feelings. Without the same clarity as in other songs, the brawling atmosphere and the compact thickness of its sound only enhances the intensity and effective assault.

Parables is an impressive debut which only lacks that standout element or presence to step aside many other equally strong bands. That is not always the easiest thing to achieve but the promise offered by All To Ruin suggests it is within their imagination, though as ever time will tell.

Like Loading...
‹ Exit Calm – The Future Isn’t What It Used To Be
Tankus the Henge – Self Titled ›

Tags: All To Ruin, August Burns, Bullet For My Valentine, Bury Tomorrow, Deaf Havana, Fei Comodo, Friend For A Friend, Funeral For A Friend, Heart of a Coward, Heights, Lower Than Atlantis, Melodic Metal, Parables EP, Protest The Hero, Revoker, Slipknot, Sylosis, The Blackout, The Gallows, This is Hell, Trivium, Young Guns