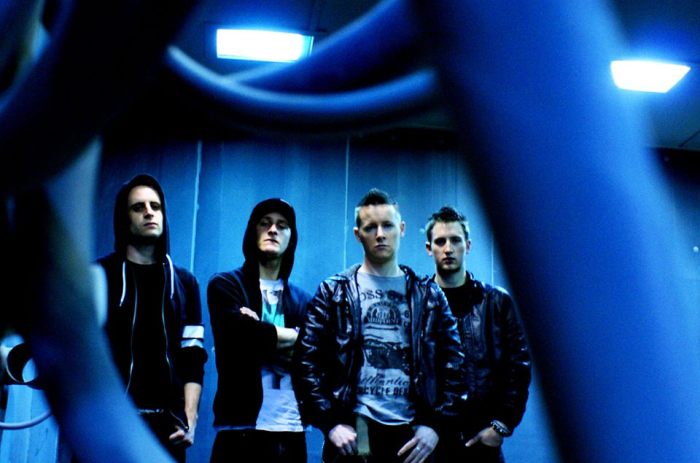 With a sound bred from the inspirations of the likes of Metallica, Megadeth, Black Sabbath as well as softer essences of a Pearl Jam and Muse, Die No More step forward with a debut which suggests we have a very promising and exciting band on our hands. Consisting of four riotous and impressively sculpted songs, the Blueprint EP gets the job done with accomplished craft and scintillating energy. It is possibly not the most original sound which eagerly accosts the ear but it is an encounter which lights a deep satisfaction and hunger for plenty more.

Formed in 2011 and hailing from Penrith, Cumbria, Die No More consists of four friends with an unmissable passion for classic and modern metal. Originally under the name Dynamo up to just before recording their debut, the band has forged a loyal and enthusiastic fan-base across the north of the UK. The release of Blueprint should see the rest of the country and beyond beginning to stir to a similar awareness and greed for their potent presence. Mutually inviting and confrontational, muscular and melodically charming, the EP is an eventful storm offering familiarity and freshness, but mostly it simply brings inescapable enjoyment.

Opening track Conscious Indecision instantly leans against the ear with enticing riffs soon joined by tempting rhythms. With a swift 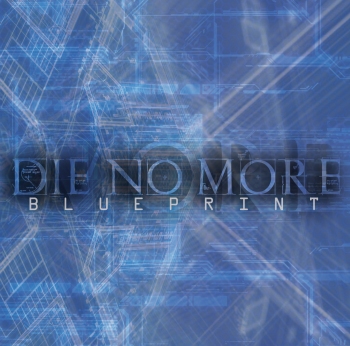 breath the track erupts into an intensive push of thrash seeded riffs from the guitars of Kev Smith and Marc Farquhar, the latter’s vocals riding confidently and impressively on the crest of the powerful energy now in charge of the song. With a definite Hetfield lilt to his delivery he brings an expressive narrative to the track whilst the bass of Andy Minnett adds extra delicious intimidation, especially when given a space mid-way to drive the track into another transfixing venture. Guitar flames from Smith flare up magnificently at this point and with the sinews of drummer Steve Orchiton framing it all firmly and at times antagonistically, the skill of the band shouts loudly. It is an excellent start which without lingering after its departure ensures the release has a strong grip on the appetite.

The following Council Of War emerges on a wall of menace and building intensity, slow predacious riffs and rhythms caging the ear before the rampaging heart of the song erupts. With an arguably more classic metal feel than its predecessor though that thrash breath is still laying a hand on proceedings, the song is a relentless gnawing of the senses yet merciful enough to allow amidst its rapacious rabidity, melodic and sonic colour to burn brightly with the fullest temptation and imagination. The best track on the release it alone makes Die No More a band that has to be watched closely and with intent.

Nightmares steps up next with a warm blues lacing to its opening guitar beckoning joined swiftly by the heavy anthemic rhythms of Orchiton which build another compelling stage for the full body of the song to explore and ignite upon. Mellower than its predecessor but still bold and big boned in, the track is a pleasing and easily engaging companion, vocals and riffs easy to unite with whilst the sonic flare unveiled by Smith is magnetic. With its successor also a mighty assault on the passions, being sandwiched between two pinnacles does leave the track a little pale in comparison but it more than satisfies any need and has a lure which pulls you in time and time again.

The closing Oblivious is pure metallic tempestuousness with a more than healthy dose of punk attitude to its lyrical and belligerent riffing. With a chorus that commands the voice, rhythms which act like a puppeteer for feet, and riffing that takes care of the neck, the track is another anthemic high spiced with glorious spires of sonic invention. It is an irresistible climax to an equally contagious release, a final enslavement for thoughts and passions.

Certainly the Blueprint EP shows that Die No More has a little way to go to find a unique presence but at the same time it suggests that it is merely a matter of time. Most importantly it entertains from ear to heart and leaves you wishing this had been an album. A band on a rapid rise…