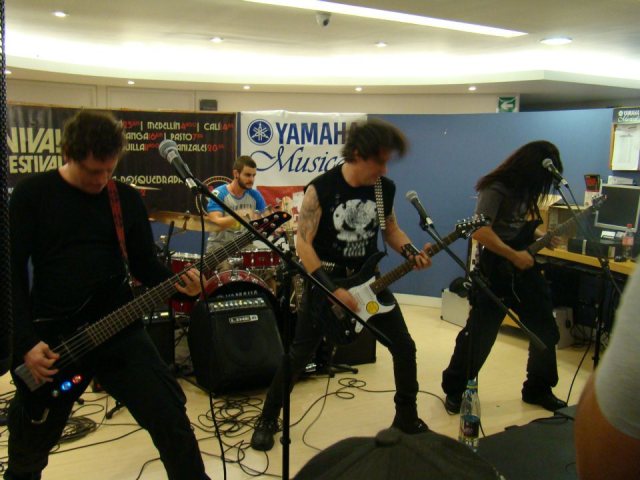 Though Athanator was a name often on the wind surrounding our ears the RR had never taken the plunge and investigated the band further despite their mention always coming in positive and strong declarations. Thanks to an email from Alberto Arias of their Columbian label LIXO Sonido & Discos the chance to remedy that fell into our laps as two of their albums The Perfect Enemy and Architect of Disaster were sent our way for covering. Neither is new, from 2006 and 2009 respectively, but such their quality and compelling persuasion another of our intermittent retrospective reviews was definitely the order of the day.

Hailing from Medellin, Colombia, Athanator formed in 1989 and was soon one of the biggest draws on the country’s metal underground scene. Demo recordings began building an emerging stature for the band with the usual line-up shuffles many bands go through adding spice to the progress of the band. 2000 saw the band release debut album Rise the Death which not only cemented the band’s place in the passions of the underground but sparked wider world awareness for their contagious melody fuelled thrash metal. A place on Raise The Slaughter- A Tribute to Slayer in 2002 only brought greater recognition upon the quartet leading the band to selling out numerous shows and supporting German thrashers Destruction, whilst second album Earth of Blood, a release bursting with old school thrash might, pushed the band further into the sight of the world before the two albums concentrated on here sealed the deal and set  the band one of the best emerging metal bands not only from South America but the genre itself.

The Perfect Enemy instantly warns the ear with the first track’s war zone introduction. Thoughts On The Battlefield then erupts into view 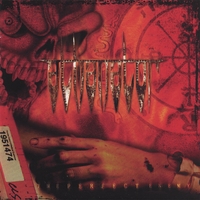 and into a charge of thumping rhythms and explosive riffs; its eager and hungry assault gnawing the ear to spark an immediate appetite for release and sound. As the hoarse vocals of Jaime Ocampo graze the senses from within the fiery and greedy exploits of his and Eder Zapata’s guitar enterprise, the track brings the prime essences of Slayer and Anthrax into a keen and potent mix. It is maybe not the most staggering start but is the perfect appetiser for the likes of the rapacious Fill Your Heart With Fury and the predatory Unsocial God to build upon. The first of the pair employs essential grooves into its adrenaline driven riff attack with the vocals finding an even more impressive position at the heart of the climactic song. The bass of Kike Ramirez enjoyably grumbles and prowls gloriously throughout song and album whilst the drums of Juan Carlos Sanchez, which for personal tastes are given a weak tinny production, cages it all with flare and skilled eagerness.

The third song on the album is a trigger to greater things on the release, its imaginative welcome and twists bringing a varied slant to sound and release. There is a Metallica like whisper through its emerging shadows and riveting sonic premise whilst Cavalera Conspiracy intimidation teases across the restrained but potent provocation. This new level is matched by the creative riots of Purified and the scintillating Gallery Of Dreams whilst Smile Of The Death with riffs and rhythms flying from its core like missiles steals top honours on the album with its mix of Static X and Megadeth seeded invention. After a more than decent start The Perfect Enemy evolves into one fine thrash/metal album finishing with another triumph in the mighty shape of Hatred In Shater. 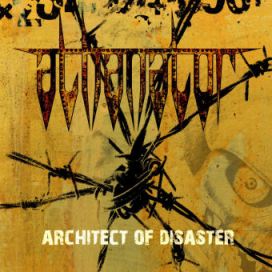 Its successor Architect of Disaster again opens with a scene setting breath, this time an industrialised haunting atmosphere generating menace and fear. It leads into first song Morbid Fear with evocative hues which seamlessly evolve into confrontational jaws of the opener. Instantly there feels a darker more predacious energy and breath to the album than its predecessor which soaks the song with formidable intensity. Like on the previous album the opening song is a very solid and welcoming encounter which awakens the senses for following songs to exploit better, though it should be noted the guitar play and spicy latter hooks offered are pure addiction.

The following tempest of The Army Of Death raises the temperature and intimidation higher whilst the likes of Scarred For Life and Method To The Madness whip up deeper passion for their destructive temptations. The first of the two songs grinds away at the emotions and body with grinding grooves and rabid riffs whilst the drums of Repe Mejia, the only change in the line-up to the last album, punch and slap the ear as a mighty hunger for the album breaks loose, soon to be satisfied by the blistering storm of the second of the pair. As it taunts and drags the passions into its anthemic fire thoughts of Testament and Kreator are no strangers but as before it is fair to say the song and sound is distinctly Athanator’s.

There is an open maturity and adventure pinning this album to the wall of glory, a thrilling build on the previous impressive endeavours. Tracks like the viciously tantalising Into The Shadows and the even more malicious Void bring the album to another powerful and intensive climax which the throaty bass lure and lethal swing of No Room For Error and the brilliant closing The Path Of Anarchy endorse passionately. Best track on the album with vocals, riffs, and rhythms enslaving the passions in a defined brawl of creative ferocity, it leaves body and mind declaring Athanator as eternally welcome violators.

Both the Jose Uribe produced albums are tremendous and if like us you have been slow to catch on to the might of Athanator they are the essential gateway to their impressive presence. Though The Perfect Enemy probably has the greater individual moments in its body Architect of Disaster, which comes with an equally exciting live DVD, is the stronger and more accomplished of the two, but truthfully both leave even current thrash releases floundering in their wake.

3 comments on “Athanator – The Perfect Enemy / Architect of Disaster” 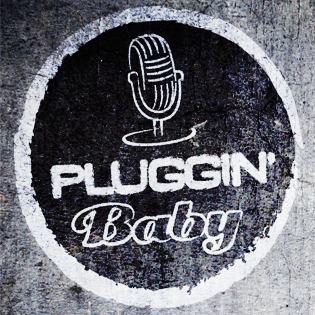 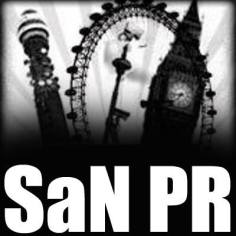