Following the impressive inventive and technically destructive furies of second album Empires of 2011 and the Envisage EP the following year, all expectations were that UK metalcore band Black Polaris would become one of the prominent forces within the country’s extreme metal scene. Awareness wise that has not quite happened yet for the inventive Royston, Herts quintet but on the evidence of their new EP Life/Death, the band are still on course to achieve that musically whilst such its new breath of technical and melodic temptation not to forget its violent voraciousness the other aspect should soon follow. The EP shows the band has matured and expanded their creative passion and craft with no expense to their renowned hostile aggressiveness and confrontational fire. It is another mighty treat from the band and possibly overall their best offering yet.

Formed in 2009, Black Polaris have fought through the usual obstacles laid before bands, line-up changes, lack of finances etc. continuing to evolve into a stronger more determined creative force. This has seen them earn acclaim not only for their previous releases but equally stage performances which has placed the band alongside bands such as Martyr Defiled, Eternal Lord, Seven Year Kismet, Devil Sold His Soul, This Is Colour, Eradication and many more as well as successful shows and tours across the UK. The five piece storm of vocalist Sam Burgess, guitarists Paul Futter and Gaz Groombridge, bassist Luke Jackson, and drummer Neil Prenty, now unleash their new furnace of intensity and provocative antagonism, a release which confirms all the earlier promise and declarations placed before the band whilst carving out another depth of texture and imagination to their caustic presence.

The title track intro open up the release, a sampled drama making an intriguing entrance to the quarrelsome encounter whilst into its 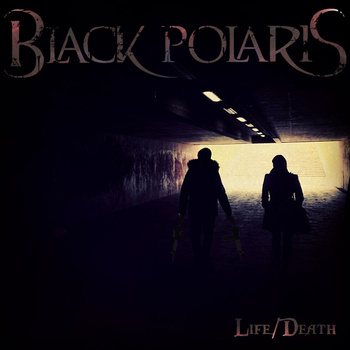 stride the track is a commanding enforcement upon the ear and senses with the almost convulsive rhythmic and riff attack a jagged seizure of attention and instant hunger. At less than three minutes, which includes the opening narrative the only complaint is that the compelling starter feels over before it begins and the wish it had been a fully-fledged assault strong, though admittedly soon forgotten once S.I.M consumes the ear with its initial sinister ambience erupting into a furnace of crippling rhythms behind a tempest of passionate melodic endeavour and sonic fire, all thrust home upon the ever squalling vocal venom of Burgess. The ambience of keys brings a warm almost soothing wash within the continually searing heat and spite of the song whilst as expected the band unveil a technically accomplished scythe of sound and imaginative fire, it keeping them still within comparisons to the likes of Meshuggah and In Flames.

Taken emerges next, again an evocative ambience caresses thoughts whilst a lone guitar designs a narrative within the atmospheric suggestion of an impending force, which is realised as the track expands its welcome and muscular arms into a magnetic maelstrom of corrosive vocals and belligerent rhythms courted by the rapacious jaws of guitar incitement and oppressive intensity.  Futter and Groombridge light up the track, sonic fascination honed into shards of melodic flame seduction within the persistently doom laden weighty breath of the song. A refined mix aflame between the extremes of death metal voracity and progressive metal temptation, the track without stealing the passions like others on the release leaves an enthralling touch on the senses.

The rabid Lost Souls is a monster of bestial predation, riffs and rhythms a pillaging provocateur of fear and intimidation whilst the carnally bred technical prowess shown is pure serpentine malevolence disguised as sirenesque mesmerism. Burgess ably backed by the vocals of Groombridge, rages with the deepest toxicity of spite and maliciousness to be found on the EP whilst musically the track is a juggernaut of a storm, the heaviest turbulent slab of anger on Life/Death and its pinnacle. Everything about it from the unpredictable sonic majesty and the ferocity of guitar, the blood and guts bass and drum entrapment through to the uncompromising vocals, the song is simply outstanding.

The release closes with The Tyrant, a truculent frenzied quarrel with the force and unbridled brawn of a bear and the sonic beauty and severity of a tornado. Again though, it is only part of the picture, Black Polaris veining it with a glowing seduction of melodic and progressively charmed elegance brought from a craft and imagination which simply captures the imagination. It completes in Life/Death, a release which finds the band at its most creative and exploratory but still within the enslaving grip of its equally impressive annihilatory temper. Thoughts are still debating if the EP is the best thing the band has done but it is certainly right up there whilst poking those same ideas with an even greater promise and assumption that Black Polaris will be one of the most potent forces in UK metal.