Life and Death Experiences: an interview with Corey Skowronski of American Standards 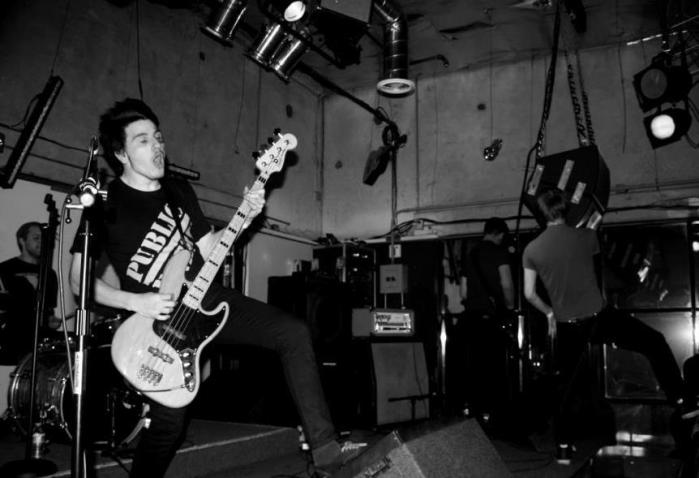 Things are starting to happen for US hardcore band American Standards in awareness and stature, though the Arizona quartet have been brewing up a fine reputation ever since forming a few years back. Their Still Life EP pulled strong attention towards the band with its exciting blend of punk and noise rock within the hardcore intensity whilst their live performances have made the four piece one of the most talked about and thrilling proposition emerging from the US rock underground. Recently signed to Victory Records we thought we should learn more about the band, their music, and their promising to be explosive future. Thankfully bassist Corey Skowronski was more than happy to help our exploration of American Standards and let us in on a secret or two.

Hi Corey and thanks for sparing time to let us find out more about yourselves and the band.

First of all simply introduce the band for us and tell us about the origins of American Standards.

American standards started a few years back in 2010 and in the course of two and a half years we’ve really come along way.

How did you all meet?

With the new line-up we’ve all met through mutual friends and playing shows together.

Was punk and hardcore the music which you grew up to or did you have a wider ‘soundtrack’ to your informative years which your music does suggest?

Growing up punk was a genre of music I was heavily into and other than that just old metal but for the most part I listened to a little bit of everything. If it sounded good to me I’d listen to it.

What was the spark to actually decide to start the band?

For me personally it was always something I wanted to do, to play in a band. I had quit the job I was working at the time in 2010 and was ready for something new that’s when I decided that I would commit to the idea and the dream and begin looking for people to start a band with, and here we are now

You come from Phoenix, Arizonia, apart from the obvious names coming from the city like Jimmy Eat World, The Bled, and Job For A Cowboy, is there a vibrant bed of punk and rock talent in the more underground scene?

Everyone that I know of in bands from here has talent that needs to be heard. There’s all the band that we help with and are close to like Your Young, Sleepwalker, The Last March Of The Ents. Then there’s the old Column III dudes and Lariats of course.

Many bands say their home town/city has influenced or made a big impact on their music, is it the same for American Standards?

Honestly I don’t feel that at all. We write music that we like to play and as far as actually playing here, yeah there are people that are in the scene and care but for the most part it ain’t what it used to be…

Last year you released your excellent Still Life EP how did you find the recording process and what did you learn from it which will impact on future recordings?

Me personally I like to write the song, record it, listen to it, then add or take things out that don’t fit. That’s the time to kind of experiment, in my eyes, with all the ideas you have for that song that you have accumulated over the whole process.

I feel that we did do that for the Still Life EP and with J & M they were totally cool with that. The one thing I think we will try now with the new stuff is to get everyone involved in the experimenting with ideas stage so every song has something from everyone and it shows.

Talking of recordings you are working on your debut album I believe?

Sort of…Geoff and Brennen our drummer and guitarist are stepping down but we are having Mike Cook of Your Young drum and Craig Burch of The Last March of the Ents play bass. I’ll be swinging over from bass to guitar and am very stoked. The songs we have recorded right now are going to be released as an EP titled The Death of Rhythm and Blues and after that we’ll then start on the all new full length.

You are known as a DIY band so how did the link up with Victory Records who will release your next release come about?

We were at a point where we felt ready to take the plunge into looking at possibly teaming up with a label and at the time we had many offers and we decided that Victory and the sub label We Are Triumphant was the most promising. 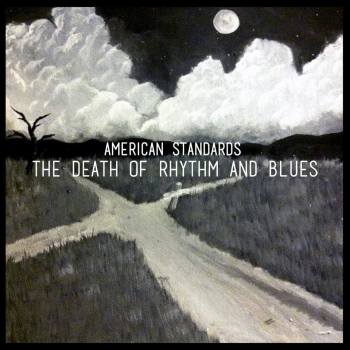 Can you give us some ideas as what the EP will hold and does Still Life give a good indication of what to expect, more diversity and sonic/noise exploration?

The way I look at it, The Death of Rhythm and Blues is the second half of Still Life.

Have you approached the new songs and EP differently to how Still Life was created?

A little…We definitely worked together more in writing the songs and took our time with it. We didn’t want to pump a song out and call it a day.

When can we expect the EP?

The 14th of September is the date.

Tell us more about the it and what you have developed further in the new songs from those on Still Life.

New songs are great we have worked on a few things in them to give them that cherry on top and their own character and like I mention I feel this is the second half to Still Life. It feels that way at least to me.

How does the writing process within the band work?

We all come together with either a riff, half of a song, or just a little idea and we give it some structure. We jam it out and more ideas come to mind and we try and incorporate those as well.

So it is a democratic process within the band for songs and stuff?

Definitely democratic, we want to give everyone in the band their voice. Every one of us has ideas for songs and good or bad we want to hear them cause who knows what can come from them.

You have a great reputation for your live show, any particularly memorable moments or shows to date?

The show we just played in Tucson, InFest, that was a great show. We had a lot of fun. For me a long time ago we played a show in Tucson again, at the old Skrappys. We were getting down and playing and somehow I smashed the head of my bass into my own head and I just started pouring blood. I kept playing, can’t stop the good ole’ boys in American Standards. That story has never been shared with the outside world until now. You are all free now to make fun of me for hitting myself in the face.

Is the live aspect of the band the most thrilling for you or more the creation of new songs and records?

Writing, recording, and hearing the new songs matter. With all the songs we’ve done, once we finish them I’m stoked on them, and when I can play a song that I get stoked on, the energy I pull from it just kicks in and that’s when we can go crazy and let it all out.

Once released the energy from those songs just takes over and that’s what I love. When a song can take you from one point, one mind set and in the course of two and a half minutes it carries you to a completely different one.

Once more thank you to talking with us, anything else you would like to add?

September 14th get the new EP and let us know what you all think.

Lastly would you like to give us the five most influential records on you personally?

The Fall of Troy – Manipulator