Brit-rock newcomers ‘Pump Action Radio’ are poised for ascent with the national release of their debut EP ‘Cheating Perfection’, out Monday 16th September through all digital stores.
Pulling from the power of contemporary custodians of punk-pop ‘You Me At Six’ and ‘Kids In Glass Houses’ and old guard luminaries such as ‘Blink 182’, Pump Action Radio have engineered a sound that merges super-hooky choruses with spiky guitar work and pounding beats that will blow the roof right off!
Formed in 2008 in Bournemouth and rising from the ashes of their previous moniker ‘Our Time Heroes’, Pump Action Radio already had an established bond and kinship in place before the band began to write a brand new set and play shows in their local vicinity. The tireless quartet then racked up an impressive following in the south, and have spread their wings even further afield recently. They’ve scooped up support slots with everyone from Attack! Attack!, Sonic Boom Six, Spunge, and 4ft Fingers, through to Reef, Gavin Butler (The Blackout), Natives and Tiger Please.
Recently, the melodic punks have bunkered down in the recording studio, resurfacing with a beast of an EP entitled ‘Cheating Perfection’, and it’s loaded with punch-the-air, sing-along power-pop cuts that gladly rattle around in your head for eons. The record propels to life with the punchy opener ‘Famous’ before the brilliantly catchy ‘Cheating Perfections’ is fired up next, with its colossal refrain and woven guitar parts. The record presses on with ‘The Difference’, which soars and effortlessly gleams with true melody, before the aptly titled ‘Pow!! Right In The Kisser’ draws proceedings to a fitting conclusion. With the national launch of the EP lined up for September, and with the foursome ready to hit the UK with widespread touring, look out for extensive shows soon to be announced for the remainder of the year and beyond! 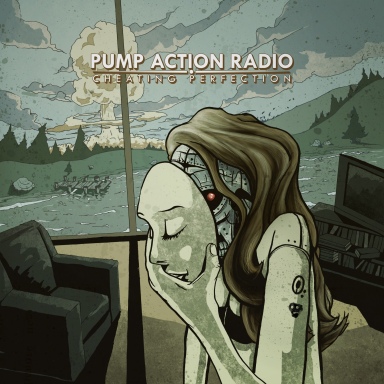 Like Loading...
‹ DIE NO MORE ANNOUNCE THAT DEBUT EP TO BE NATIONALLY RELEASED THIS SUMMER!
Pteroglyph unveil new video!‏ ›