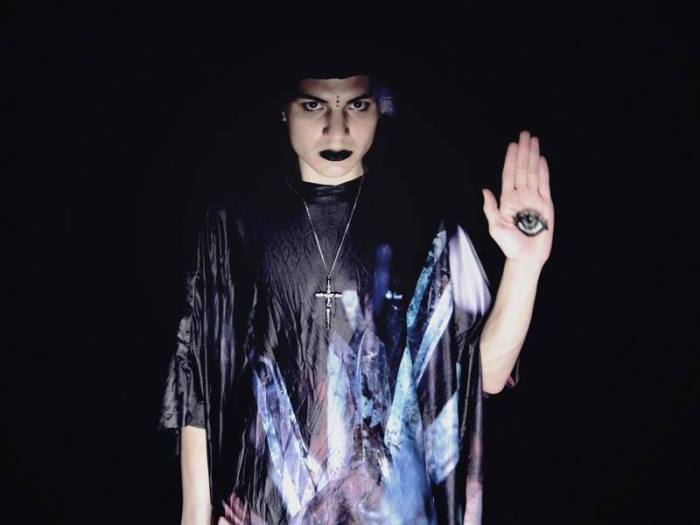 Like a knowing soundtrack to every aspect of its title, Life the new album from US musician Mr.Kitty is a canvas for reflection, emotive dance, and drifts into diverse enveloping feelings inspired by its elegant and beautifully sculpted beauty. The most complete and rounded release from the Dallas based artist to date, the fifteen track album is a rich and smouldering wash of electronic pop and new wave adventure, an album to ignite the senses and invite the passions into a long and ardour fuelled companionship.

Mr.Kitty is Forrest Carney, who takes his inspirations from an eclectic array of artists such as Joy Division, The Cure, Depeche Mode, Crystal Castles, Pictureplane, and Grimes. His music employs numerous flavours and textures in addition to the basic tag we previously mentioned, elements of eighties post punk, gothic emotiveness, and electro ambience all playing their part in the depth and distinct characters of sound and individual songs. Released with Engraved Ritual, Life is the fourth album from Mr.Kitty, and part of a four album series consisting of two “light” and two “dark” albums, this drawing on the lighter shade of his imagination, though it is not without its rich and mesmeric shadows.

From opening song Insects, the album as well as seducing the ear and senses provides a visual backdrop to its songs in its 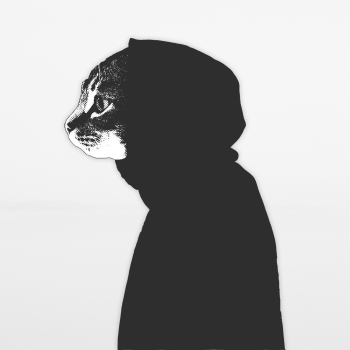 atmospheric narratives and colour soaked expressive breath. Evocative and with lush emotional hues, Life provides the paint box and aural paper for the listener to explore their own dark corners and heart bred thoughts as well as those offered by and of the artists himself. Insects is an immediate medium to ignite those interactive qualities, its animated stroll and pulsating rhythmic veining an absorbing lure with the crystalline electro oscillation alongside another mesmeric suasion. The vocals of Mr.Kitty soon caress the ear with a sultry lure to their soothing texture, the artist a constant tempter across every song with his impressive and expressive delivery. The eighties inspiration is open within song and album though only another breeze to the refreshing wind wrapping the listener from the very first minute.

The impressive start is soon equalled by both Heaven and Unstable, the first cradling the senses with a choral kiss of angelic harmonies before heady rhythms and cantering melodic synth fascination emerges to explore the lofty heights already in place. The song bounds over thoughts and emotions with eagerness but a respectful energy that seduces the imagination and opens up its romance and that of its recipient. Like its predecessor it is virulently infectious, the roaming electronic atmosphere a spark to the simpler but no less effective and irresistible hooks and has thoughts in lustful expectations for its successors, something the darker but no less contagious Unstable feeds with poise and beauty. Across its provocative and slightly sinister embrace there is a Depeche Mode call to the veiled heart but again only a taste fused into something transparently contagious and unique.

Through the harsher touch of Sacrifice with its riveting and senses worrying intro and caustic intent, Holy Death where the vocals have a Dave Gahan lilt at times, and the excellent Labyrinth, the album continues to stretch the journey and venture into a wealth of emotions and thought taunting scenarios. The latter of the trio brings a Visage like melodic tonic to its glorious smouldering presence and though at times you want to sing “Fade To Grey” as the bulbous melodies suggest their source, the song is another striking highlight.

Those pinnacles just keep coming though as tracks such as the exceptional London, a song enjoying the added siren call of female vocals within its Pet Shop Boys like waltz, the stunning gothic cast Dearlove, and the intense Choke with its shadow fuelled drama, all explore imaginatively further impacting emotion lit pastures. With so many songs there are rare moments where some hold a similarity as they hold hands but it is rare and such the strength and potency of each and every one it is an ‘issue’ you are searching for just to offer up as a temper to the otherwise full acclaim it is hard not to place over Life.

As the closing Father provides the deepest emotive honesty of the album, the artist unafraid to venture where pain dwells, Life leaves a powerful and lingering imprint on mind and heart. It is an outstanding encounter that leaves no emotional stone unturned yet does so with a light and melodic energy which captures the passions. Mr.Kitty is destined to take electronic pop to new fields, Life the impossible to dismiss evidence.