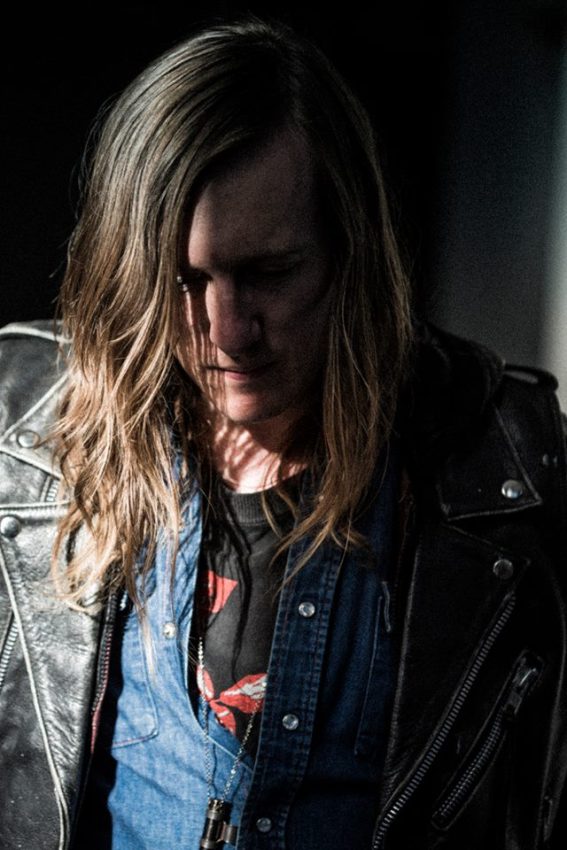 Hailing from Manchester in the UK, James Younger is an artist which on the evidence of his debut album Feelin’ American we will be hearing a lot more of over the next few years. The eleven track release is a vibrant blend of pop and rock with a healthy smile and energetic swagger to its enterprise. There is also a familiarity to it which helps it offer an instant connection with thoughts and emotions but equally there is a distinct voice to the songs that sets them and the album apart from the rest.

According to info accompanying the release Younger grew up telling friends that he was descended from the outlaws of the American West so really it was no surprise aged 21 that he headed to the States. Hitchhiking across America he collated stories and experiences from all he met, the adventures and tales influencing his songs and lyrical narratives to come. Eventually the musician moved further north and set up ‘home’ in Canada, becoming part of the Vancouver music scene playing in locals bands such as The Zolas and Sun Wizard. Released via Light Organ Records, Feelin’ American is his introduction to the world and one which makes you want to hear and know more.

The bio of Younger’s Facebook profile simply lists artists who have influenced him across the years, the likes of Any Trouble, XTC, 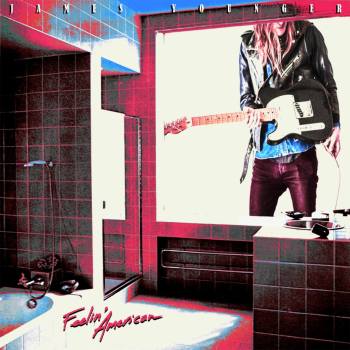 Tom Petty, and The Cars, and as the Steve Bays (Hot Hot Heat) produced release toys with and excites the emotions certainly the last two of that quartet from many inspirations to him, are apparent especially vocally and how the songs lay eagerly on the ear. Their loud whispers soak numerous songs in their melodic and raw rock embrace to add extra spice to what are already flavoursome encounters, and immediately evident in the scintillating opener Monday Morning. From its first beat and note the song dances on the ear inspiring feet to replicate their keenness to move and stomp across the floor. There is a swing to the rhythmic gait of the track which is quite irresistible whilst Younger colours its surface with a jangly guitar enterprise and equally boisterous vocal and lyrical rock ‘n’ roll romp. With an infectious melodic hook which is epidemically tempting the track is the perfect start and announcement of Younger and his stylish sound.

The following Sleeping Alone drops into an even paced stroll of fresh and again catchy persuasion, this time with an Arctic Monkeys like lilt to the vocals and descriptive heart of the song. Once more the guitars have a great jangle to their sound whilst the rhythms thump along to raise the temperature of the sultry air already permeating another impressive song. It does not quite match its predecessor but easily unveils more of the varied enchanting songwriting and imagination of Younger to seduce the passions, as do the likes of the soon up Running Wild, a great blaze of addiction causing pop with an Elvis Costello feel to its potency and The Attractions spice to the bold colourful sound, especially the keys, and the country rock twanged Two of a Kind which also has a Costello scent to its smouldering heart and sizzling tones, though more from his Trust era.

Four songs in and to be honest Feelin’ American would be earning strong acclaim for its offering no matter what followed but as tracks like the Petty lilted We Are Lovers, the compelling Never Easy with its imaginative and sirenesque melodic caresses behind the roaming enterprise, and the quickstep shuffling Do It Again unload their epidemic of inventive and fascinating ideas and irresistible hooks only stronger ardour for the album is sparked. The last of the three has a Joe Jackson like charm to its vulnerability and refreshing hue which like many other songs is recognisable but only adding to the wealth of variety and pull from the release.

Every song on the album is instantly impressive, those mentioned and not, all leading the listener into a summer waltz of pop and rock mergence, which the closing What Comes After The Weekend ensures ends on another striking high just as the whole thing began. With a tropical saunter to its sultry fascination the song leaps and bounds over the emotions, grabbing them by the hand for an almost riotous party along the chorus and an evocative walk through the lyrical picture of the verse. It is a tremendous end to an equally pleasing album.

Throughout Feelin’ American the guitars play with the ear with skilled revelry whilst the bass is a deep inspiration alongside the punchy rhythms. Vocally Younger at times recalls others such as Joe Jacksonbut it adds to the picturesque fun and lure of the release. James Younger will make a strong mark ahead and it all starts with this treat.