A few short weeks ago UK band Lower Lands impressed with their outstanding single Eat The Rich, a track which woke up a lustful hunger for their sounds and the impending EP Canvas. That release has now stepped forward to stand in the spotlight and show that the expectations bred by its predecessor were nothing more than underestimations.  Consisting of five tracks which launch themselves at the ears with energy and passions, Canvas is the undeniable declaration of a band with the destiny to forge a new plateau in UK indie/alternative rock in their own inventive hands.

Hailing from Lincoln, the quartet of Benji Inkley  (guitar/vocals), Paul Howells (guitar/vocals), Jacob Jarvis (bass/vocals), and Rob Purkiss (drums) have already drawn acclaim and strong interest with not only the aforementioned single but also their previous EP Growing Pains. Their energy fuelled and imagination honed sound has earned the band a potent presence already but you can only suspect as Canvas leaps and toys with thoughts and emotions that things will turn into brighter flames of success and recognition from here on in. 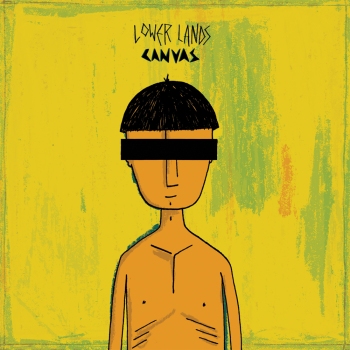 surface with the bass an instant predatory provocateur. The intriguing beckoning is soon pushed into an explosive and punchy brawl of aggressive riffs and rhythms with impressive vocals and harmonies riding the intensive fire of the track. With twisting moments of enterprise and a constant charge of contagious temptation combining to create a song which is unpredictable but easily accessible, the devouring of its impacting hungry passion and incendiary sounds is a greedy given. Sounding like a mix of Max Raptor and Reuben with the barbed hooks of Billy Talent it is a scintillating start soon backed up with equal captivating might by Eat The Rich.

The track is another fury of energy and caustic intensity, vocals carrying a spiteful scowl to their riveting delivery and guitars a discord blaze to their jangly rubs. With the drums and bass casting their own inventive hypnotic web over proceedings, the track teases and taunts the passions with a virulently infectious call and charm whilst bruising the senses with another delicious stampede of melodic seduction pierced with massive hooks and potent temptation.

The following Line Check and Wasted Youth are less dramatic in their confrontation though no less alluring, the first weaving around the ear with a melodic dance of melodic craft and rhythmic sinews. Arguably less of an entrapment to the first pair of songs, it instead takes its time with a  seduction of thoughtful melodies and raging passion, its emotive heart a potent enticement rivalling the effect of the earlier addiction causing riots, especially with its virulent teases towards the end of the track. Its successor come in a similar suit of composing, though in its own distinct guise of warm and refreshing sonic colour. As with all the songs there is an anthemic pull which is impossible to ignore or refuse and though it lacks the intensive bait of the other tracks it still leaves you hankering for much more.

The closing Parasite brings a final unforgettable forage into the passions, its capturing of the imagination easy through the jagged riffs, fiery vocals scowls as well as harmonic excellence, and yet another torrent of infection soaked grooves and riff shaped hooks. It is the perfect finale to an impossibly irresistible release.

The exciting thing about Lower Sands is that you know they will get better and better and with the Canvas EP bordering on perfect that prospect is simple thrilling.

The Canvas EP is released as a name your price release at http://lowerlands.bandcamp.com/album/canvas