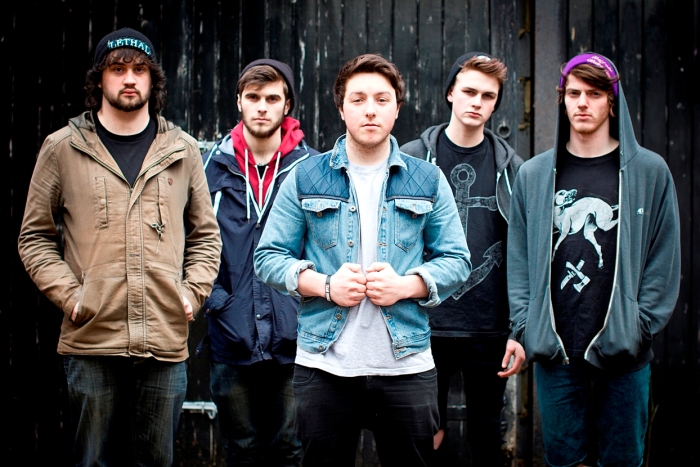 When the only real ‘complaint’ about a release is the fact that its creators has yet to find their own distinct voice than you know you have something very promising and intriguing in your ears. Such is the case with The Moving House EP from UK band Our Final Hour, a release full of intense promise and great creativity which just falls short of standing truly alone from the rest though on the evidence of the six powerful and imaginative tracks on the release it is coming.

Hailing from the Douglas, Isle of Man, Our Final Hour is a quintet which since forming in 2008 has fought against the obstacles of line-up changes, of broken friendships, and musical differences as well as the usual financial restraints to forge a strong reputation and position within the country’s underground scene. Determined and continually evolving, the band has earned an impressive devoted fanbase through touring throughout the UK and Europe, and the release of two previous EPs, Like Oceans and From Heart And Home. A blistering exercise in sonic evocation, The Moving House EP looks to have all the ammunition and captivation to gain an even greater depth of awareness for the band, certainly it should put the five piece on the radar of a great many more in the minimum.

The EP opens with Four Years, a song which immediately unleashes its torrid passionate breath of plaintive vocals and searing 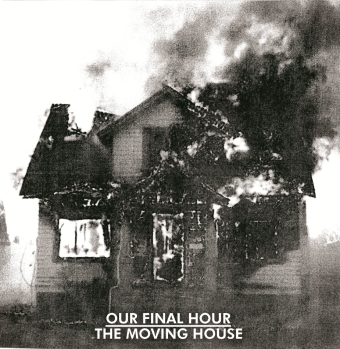 guitar strains. To be honest initial thoughts at the start to the track were of being underwhelmed and instantly assuming that the opening suggestion meant this would be a formula melodic hardcore encounter, but as the riffs suddenly twisted into carnivorous gnaws and the vocals spilled more venomous aggression, attention sat straight up. A further shift into rapacious jagged riffing and an impressive rhythmic bombardment from Sam Knight, as the vocals of Jamie Carrington scowled with vengeance, meant earlier thoughts were cast aside by the stirring acclaim waking up to the emerging beast of a song. Continuing to surprise as it ventured into melodic invention and sonic intrigue bred from the guitars of Kriss Maguire and Daniel Stocks, the confrontation left a lingering impression and passion, especially once its finale unleashed is a pure chug fest of primal temptation.

From the outstanding start there is another tease on expectations as the following Autumn Breeze opens up straight into a pop punk lilted invitation. Clean vocals seduce impressively ably backed by the additional vocals of Maguire and bassist Ffin Colley, whose intimidating four string invention like in the opener does nothing but light pure enthusiasm for its throaty emotive tones. Caustic squalling vocals enter as things take on another course of metallic might to again raise the temperature of the air, its charge then calmed into a smouldering melodic embrace of guitar imagination and heart. Like its predecessor and all subsequent songs there is continual adventure bred across its length, inventive and enthralling turns that capture the imagination.

The coarse introduction of #LSBC singes the ear as rhythms and riffs flail the air before settling into another strong blend of clean and melodic endeavour with ravenous corrosive passion and aggressive intent. It is a weave of sounds arguably well-worn across the genre but admittedly in the clutches of Our Final Hour find something extra and magnetic to their inventive presence and use. Like all tracks it deserves plenty of listens before showing its full hand, the song seemingly holding things back from first contact to unveil with each tempting and brawling encounter.

Both Searcher and Evergreen, without lighting the same fires as earlier songs, lead the senses into further potent flames of excellent vocal diversity and rhythmic incitement within enticing sonic blazes. The pair fall into more expected hardcore guises but still offer a quality of musicianship and passionate temptation that is impossible to ignore or dismiss, especially the latter of the two as it stirs up a hornets nest of emotive stings and unrelenting discontent.

The title track closes up the EP with its atmospheric smog of evocative tension and emotional turmoil. It is a nicely textured and richly layered piece with a great climactic flourish to send thoughts and senses home in an enlivened state, and though again until its great climax it leaves no deep marks it pokes at an exciting depth of promise and invention yet to be explored within the band.

The Moving House is a fine release from a band that you feel has a destiny of success in their hands; it is just a matter of continued hard imaginative work.