Like going from one extreme to another, Irish hardcore punks Only Fumes & Corpses have released the second part of their two-sided attack Selfish Act.  Whereas Act I, or side one of a proposed physical release, rampaged over the senses and passions through thirteen songs barely touching twelve minutes in accumulative length, the B-side to the ‘album’ consists of one mountainous track lasting around seventeen minutes. Selfish Act II is a towering release which easily defies the temptation to avoid its massive presence by enthralling and seducing the ear and senses with a riveting expanse of invention and imagination. As caustic and raging as one would suspect after its predecessor, the track induces a captivated and thrilled participate in its charge and an exhausted but deeply satisfied admirer in its wake after expelling its final ounce of ferocity.

The Galway quintet formed in 2005 and took no time in earning a reputation as one of the hardest working and determined hardcore bands in Ireland. The years have seen the band scorching stages and audiences alongside the likes of Sick Of It All, Glassjaw, Agnostic Front, Set Your Goals, Sonic Boon Six and many more. Releases from their self-released four track demo through to the Read What Is In Between EP and debut album Who Really Cares, What Really Lasts also brought strong acclaim upon the band no more so than with last EP Selfish Act 1. The new release, classed as an EP too, continues their impressive presence to date but equally takes the band and sound to another pinnacle.

Released via Lockjaw Records, the track opens with a sonic burn of sound with further guitar teasing opening up within to brew an 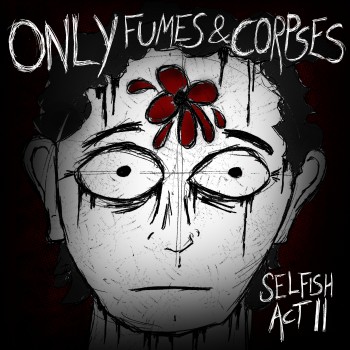 emerging web of melodic and acidic air upon the ear, the vocals of Momme caustically caressing within the nurtured embrace. It is a slow and deliberate wrapping around the senses whilst intensity is bred and caged within the rhythms and bass lure. With energy in hand it builds into a crescendo which explodes again into a riotous stretch of hardcore urgency and aggression. With a contagious temptation in tow to the punk viciousness, the track easily recruits thoughts and emotions, even if more so musically than lyrically certainly across the whole of the song.

Group shouts and the lone corrosive venom unleashed drive a spiked flame of spite through the core of the song to elevate its potency but it is the adventure and enterprise of the music which captivates most.  Seven plus minutes in and a folk metal like swagger breaks out to add a smile to the fire whilst the energy and pace of the song settles into a less demanding but fully magnetic invitation which then leads into another scintillating metallic temptation with the bass finding extra depths to its throat and the riffs grinding another level into the passions. Superbly crafted melodic near progressive enterprise takes its turn to push the narrative further before again more fluent ideas run along a blade of hard and metalcore like fascination.

Through to its end the track shifts and evolves, never leaving a moment devoid of imagination or excitement and making what seems on paper is an excessive tide of time feel like a passing blink. Selfish Act II is exceptional, the finest thing Only Fumes & Corpses has achieved whilst pushing the bar for British and European hardcore up a few more notches.