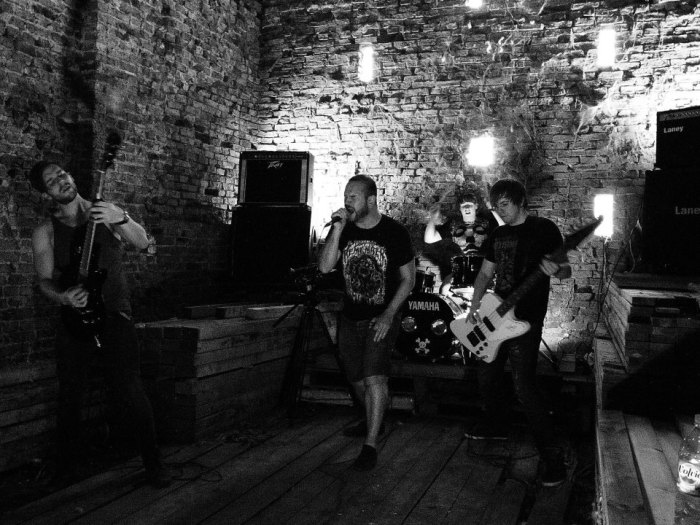 With the release of their Wake EP last year, UK post hardcore band Cold Summer made an impression which ensured they would continue to be kept under close surveillance. The release showed a band which was well on the way to making a distinct mark in what is a genre full to bursting with emerging bands right now, though they were not quite there at the time. In hindsight since reviewing the release we have to say that the Wakefield quartet’s individual voice was maybe underestimated in our initial view as after taking a look at the band’s upcoming debut self-titled album which contains 4/5ths of that previous encounter, those and new songs show that there depth of uniqueness just needed time to make its face apparent. Looking around the genre there are not many bands sounding like Cold Summer and though the four piece is still developing its presence the album proves they stand as one of the more refreshing and promising propositions trying to seduce the passions.

Since forming in 2010 the band has feverishly worked at and honed their sound, emerging from an unsettled period of personnel to kick on with a stable line-up to work on songs for their debut EP. The five track release found strong responses and acclaim, as did the two track Transitions an acoustic release which came before Wake, whilst shows with the likes of End Of A Year, Margate, Make Your Mark, Housefires and Aficionado last year only bred further respect. 2013 has already seen the band alongside Funeral For a Friend and Polar and with their excellent album coming fast over the horizon it is fair to imagine the year could be a telling period in the band’s existence.

The album opens with The Fallen, one of the newest tracks from the band, and immediately grips attention as big banging drums 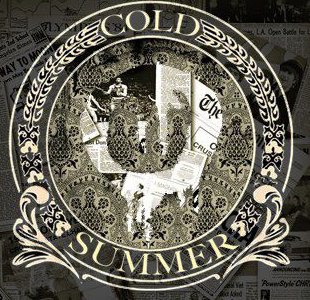 echo around the senses before a guitar rises up to join the commanding rhythmic presence of the song. Soon into its stride bass and guitar graze the ear with sonic competency whilst the vocals of Dan Feast bring a merger of squalling earnestness and melodic strength. It is a pleasing trust upon the ear if missing any drama to truly make a fire within thoughts and emotions, but with melodic flames and an acidic groove from guitarist Chris Harrison shining from within the intensity brewed, it is a song easily devoured for strong satisfaction.

The following Waiting emerges from a sonic wail with the bass of Chris Hepworth calling with throaty temptation whilst the concussive beats of Justin Eastwood badger the ear, its touch softening the defences for the vibrant energy and hunger to follow. With wonderful scything sonic riffs and a predatory taunt of bass the song soon has the emotions in the palm of its passion soaked hand, Feast again offering a dual attack with the narrative whilst Harrison lays a maze of melodic enterprise within the intensive web of almost carnivorous intent.

The following pair of songs, Ships and Processed Lives light up the evolving direction of the band, the first a gentle yet energetic heat of melodic expression and bass adventure veined by snapping drum slaps. Emotive and intelligently crafted, the track is an intriguing and impacting expanse of invention, arguably less immediate to persuade than other songs but one with a depth which has its day eventually. Vocally Feast sticks predominantly to a clean delivery and for personal tastes it is a winning shift. As much as his heart drenched abrasive delivery is great his voice is so much more effective when walking the cleaner side of the line, though a mix of both is ultimately always the strongest results. The second of the two is exceptional, the corrosive snarl of the bass and bone shuddering beats making the strongest introduction whilst the coarse tones of the riffs are edgy and compelling. It is when the song dances with invention and continually switches gait for an enthralling engagement though that things truly lift on to another plateau, the military beats and scorching sonic embrace scintillating. Best song on the album it is the clearest declaration of a band walking the lip of greatness.

Both Car Crash (In Progress), a song with open imagination and riveting exploits the further into its evolving blues winded fire you go, and an alternative version of earlier song Waiting, which is as impressive as the original with its completely different and emotive heavy piano clawed way, trigger stronger appetite and satisfaction for release and band whilst the closing A Is For Arson seals the deal with concrete persuasion. The final song steps into view after the brief brawl of Wake, a short track which was lost on us when appearing on its own EP and still feels pointless here. It is a minor personal quibble though especially when A Is For Arson unveils its magnetic persistence of intensive riffing and melodic provocation. Another song to venture into diverse aspects throughout its imaginative intrigue, the track is a lingering provocation and proof to why it is not hard to imagine Cold Summer finding a strong stance within UK rock.

The album shows there is still work to do but nevertheless makes for an encounter which is much more thrilling and invigorating than most other post hardcore releases, this is a band set for great things.