Dead Bundy and the Neat Neat Neats -Train To Paradise 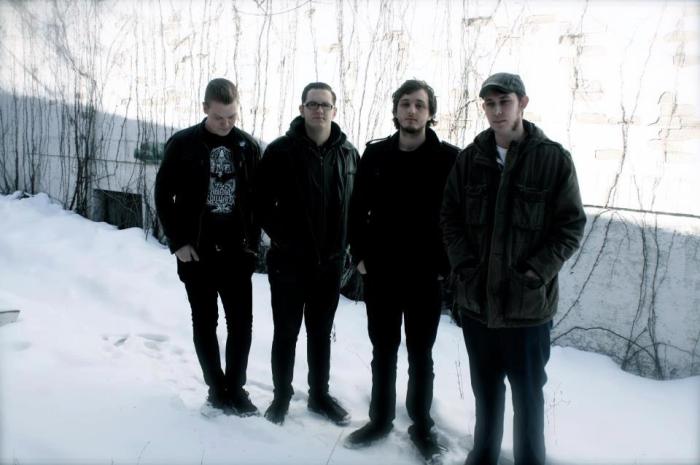 Train To Paradise is the next stop on the ascent of infection brewing psychobillies Dead Bundy and the Neat Neat Neats, an album which builds on their impressive previous release Life Is Hard…Death Is Neat and stretches their sound in further thrilling extensions of flavour and melodic enterprise. Consisting of twelve varied and contagious slices of passion drenched rock n roll, it is an album which grabs ear and passions for a brawling, seducing, and mischievous encounter.

The Minneapolis quartet has induced a loyal and constantly building fanbase since forming around 2010, a following which has grown not only locally but across the US and world through internet recognition. Matthew Sprinkles, Chris Wilson, Cody Hillyard, and Matt Kalsnes, have bred strong recognition for their terrific live shows and equally their releases such as debut album Bad Moon Death Trip of 2011 and undoubtedly last year’s Life Is Hard…Death Is Neat. Fusing influences from the likes of Batmobile, The Quakes, Screaming Jay Hawkins, The Sharks, Mad Sin, and the Frantic Flintstones to their own distinctive rowdiness and invention, the band has continued to earn strong responses and acclaim which you can only see the new release accelerating within the genre.

Opener Graveyard Rhythm immediately grips the senses and feet for a romp across irresistible riffs and fiery melodic temptation whilst the vocals narrate the whole shadow soaked escapade. It is instantly infectious and insatiable in its want to have the listener leaping tombstones with rampant eagerness and a devilish swagger, its hooks and call virulently addictive and persuasive. It is prime psychobilly Dead Bundy style, the distinctive vocals and musical voice of the song taking over immediately where the last album left off ensuring the party is still raging with heat and compelling irresistibility.

The title track soon steps before the ear with southern twisted melodies and busy rhythms igniting the air and ear, its Tarantino movie like breath a persistent and unrelenting stroll down the railroad track of swiftly passing beats and riffs. The song is a delicious warm whisper with energetic hunger which marks the start of the variety and richer depths to the album which were arguably missing on the equally impressive Life Is Hard…Death Is Neat. It begins a ride of unpredictable and adventurous invention for the album with a course which is set well within the walls of psychobilly and rock n’ roll but offering diverse and refreshing sceneries immediately picked up by the following Shipwrecked and City Morgue. The first of the pair saunters in with big boned rhythms and a prowling gait to the bass within again raw melodic heat from the guitar. With vocals as strong a lure to participation as the hooks and barbed drum beckoning, the song is a tune hip swerving was invented for and its ingenious groove a template for lust. It successor raises the dead with another epidemic of addict making riff sculpted hooks and bold bass slaps whilst the mass invitation of the chorus defies death as an excuse not to participate with its punk riled temptation.

Only four songs in and the album has ignited the passions and fired up an even more intense appetite for the rest of the release, a greed soon satisfied by what is possibly the strongest and most magnetic part of what is a wholly captivating album. Dust N Bones leans on the ear with a lone guitar strolling out its notes within a hollowed pocket of air and soon joined by the as ever fine expressive vocals. The rolling beats pulls everything into full view as a western bred melodic tease winds around the senses, the song expanding its chest towards the dusty bold canter through potent and emotive adventure which takes over the course of the excellent song. It is an impossibly infectious lure soon matched and exceeded by the outstanding Dynamite, a song which lights the fuse to full ardour with sinew healthy rhythms, a commanding bass spine, and vocals harmonies which snatch and ignite the imagination. As it strides purposely through the ear the beats offer thoughts of King Kurt and elsewhere Guana Batz inspired melodic infectiousness, the union loaded with punk spawn confrontation for a sensational and album topping encounter…except it is then deposed by the quite masterful Mad Man.

The song teases with an instant delicious groove and subsequently bulging bass fascination to brew up an instant rapture which is soon boiling over as the track flexes its sides for a riotous yet controlled rampage. Hand in hand with the listener the song romps with wantonness to its hooks and rhythmic puppetry which has head and feet rocking like a dog in heat. The track is severe in its narcotic like appeal and one of the best songs within rock ‘n’ roll over recent years.

Both Getting Fucked Up and Pretty Boy Billy continue this new elevation of height for the release, the first with another controlling swing to its gait whilst the second rivals both Dynamite and Mad Man for bragging rights as top dog, though there was only ever going to be one winner. With the country rock lilted Hellbound, the mariachi whispering Ride, and Gimme Rock N Roll with its contents echoing its title, completing the album with strong and pleasing presences, Train To Paradise is a thrilling and inspiring bunch of impossible to restrain rock ‘n’ roll songs. With the release of the exceptional album and the Train To Paradise Tour across the US in its support right now, Dead Bundy and the Neat Neat Neats are looking at a massive and one suggests very successful year ahead.