GraViL – Thoughts Of A Rising Sun 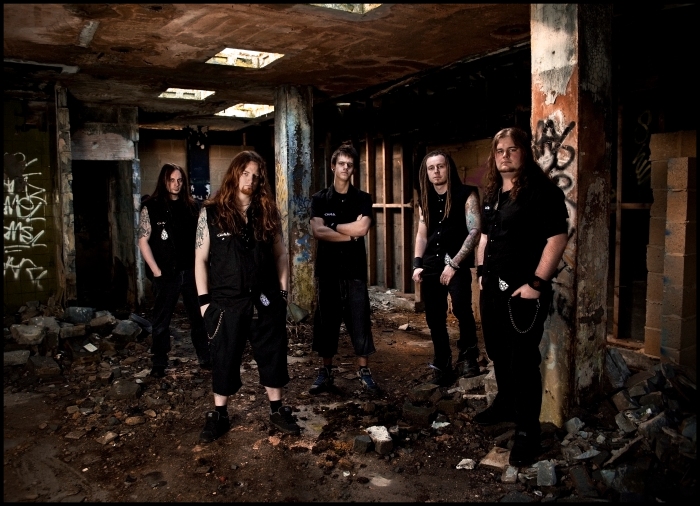 Having already raised a certain appetite for their immense and imaginative sound through previous EPs and the single Enemy Within, UK metallers GraViL have raised the bar for themselves and arguably extreme/melodic metal with the release of their strikingly impressive debut album Thoughts Of A Rising Sun. The self-released brute of enterprise and invention ignites if not a new realm for intense and evocative metal it certainly pushes and sculpts new corners and roads within the existing boundaries.

Having already found awareness through the pages of Kerrang, Terrorizer and Rock Sound, and potent radio play, the London quintet have risen to yet another plateau with Thoughts Of A Rising Sun. Recorded in the closing weeks of last year with acclaimed producer Dan Abela (Gallows, Bleed From Within, Voices, Silent Descent), the album infuses the widest range of metal flavours and essences to their melodic deathcore spine, emerging as unpredictable and as diverse a ravishing of the senses as you could wish for.

The first couple of tracks alone leave no doubt that the album is an immense and startling proposition, as well as suggesting that 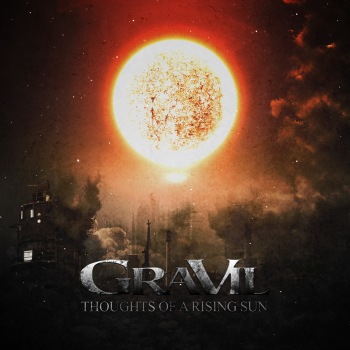 there is still plenty of depths for the band to explore ahead, a frightening and threatening thought to get excited about. Structurally Unsound steps forward on a lone melodic breeze, the bright inviting beckoning a devious lure as it leads the ear into the immediately exploding maelstrom of sound and intensity. The track roars with venom and cavernous strength before gnawing and chewing viciously upon the senses with rabid riffs, crisp rhythms and scowling vocal squalls from Grant Stacey. As the knees buckle under the extreme assault, the band breaks into a breath-taking melodic aside with clean vocal harmonies to lap up with greed. The progressive toned tease is a mere breath in the control regaining fury but then reappears again with the guitars of Tony Dando and Andy Slade parading a skilled and expressive fire of sonic and melodic enslavement for the passions. Throughout the drums of Conor Harkness cage and punish the senses without diminishing the potency of the seduction also at play whilst the bass of Nathan Lamb prowls within its own shadows to add further depth, even if its presence is a little lost in the production and needing concentrated focus to fully feel its compelling breath.

The following Enemy Within, the first single form the album, opens with a rain of electro rock and industrial enticement as its stretches its sinews to their fullest limits, their final positioning the canvas for a technical ear plundering carved from heavy sabre like persistent strokes and a brewing carnivorous intensity. As its exposes more of its inciting landscape there is a merger of sounds which plays like a storm of The Browning, In Flames, and Meshuggah yet stands alone from all three and any other reference you care to throw at it.

The stunning start to the album is easily continued through the offensive savagery of Beyond Reprieve, a track which even with its bestial hunger is not short of irresistible grooves, addictive riffs, and blistering caustic vocals to capture the imagination. Again the sonic intrigue and invention of the guitars is magnetic and the bass finding better clarity in the mix a rapacious intimidation alongside the outstanding stick abuse of Harkness.

The next up treat, The Wanderer unveils an exhausting soundscape of rabid energy and malevolence all matched and tempered by the thrilling vocal harmonies backing up the richly pleasing harsh lead vocals. As upon every song the fusion and thought of the contrasting aspects is inspired and outstandingly realised, their mutual qualities and temptations given full rein to flow and make the most dramatic persuasions whilst working perfectly alongside every other stirring intense facet.

From Something Worth Chasing with its great key led intro, through the violently emotive title track and the barbarous song The Struggle, to the enthralling Bottle Of Shadows with is constantly shifting battle lines, Thoughts Of A Rising Sun charges up the passions and pulse rate with intensive creativity and explosive imagination. Though arguably the first part of the album outshines the latter, the last of the songs just mentioned easily makes a scintillating and demanding claim for best song.

With the epic and excellent riff driving March Of The Titans closing up the album, it is impossible not to drool over GraViL and their future. On the evidence of Thoughts Of A Rising Sun expect a real classic from the band in the future whilst right now they have given up a possible contender for best of 2013.