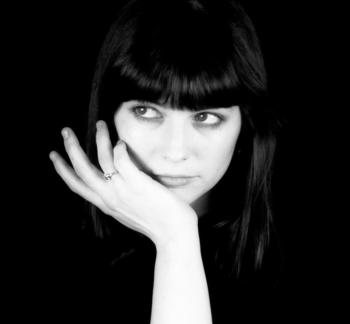 Roxanne de Bastion is geared up and ready to celebrate the release of her debut album, The Real Thing which was released on April 19th  on Nomad Songs.  She’s played at St. Pancras Old Church a few weeks ago, which proved to be a sensational show, and she’s set to achieve the same spine tinglingly beautiful feat once again on Friday, May 3rd, with a little help from support acts Alice Phelps and Robert Marr.

The singer / songwriter teamed up with producer Gordon Raphael (The Strokes / Regina Spektor) to record ten of her songs in Roxanne’s town of birth, Berlin, which will be played live in a special live performance, to celebrate the release.

Her first single ‘Red and White Blood Cells’ is available as a free download and has already been picked up by Tom Robinson on BBC6, John Kennedy on XFM, Q Radio as well asMTV and Radio Eins in Germany.

Check out Roxanne’s latest video for track ‘Some Kind of Creature’ @ http://www.youtube.com/watch?v=gdkvtoBRpI0