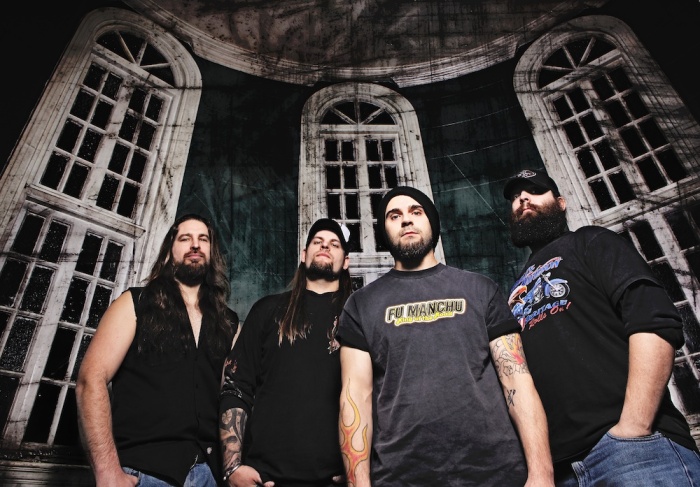 Time, the self–released debut album from UK rockers Godsized, quite simply slams the senses from pillar to post with massively chunky riffs and tight enslaving rhythms. It is a heavy handed storm of satisfaction veined with sonic enterprise and classic rock energy which admittedly does not rewrite the pages of rock music but does add an invigorating chapter.

Since its formation in 2009, the band has built an impressive reputation for their high octane sound and live performances with shows alongside bands such as Life of Agony and My Ruin included, as well as two extremely well received EPs, especially Brothers in Arms. That EP secured the London quartet the main support slot for Black Label Society on their 2011 tour, Zakk Wylde hearing and loving the release. Acclaimed appearances at festivals such as Bloodstock, Hammerfest, Bulldog Bash, Download Festival, and numerous other festivals across Europe have done their standing no harm either, the strength of all over the past years making the anticipation for their first full length release more than merely eager.

With a strong breath of southern rock riding their intense riffs and melodic tones, the band in Time has created an album which 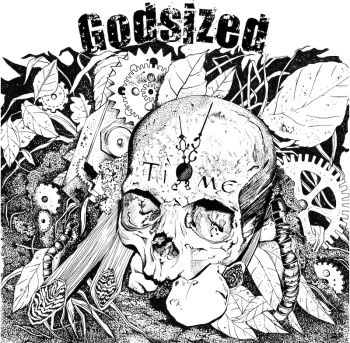 immediately lights up the senses before working on the passions. Opener Soul Taker instantly makes its entrance upon a fire of inviting riffs and punchy rhythms before reinforcing it with further rhythmic sinews and muscular riffing. The vocals of Glen Korner are an easy persuasion upon the ear, his rich expressive swagger holding a snarl and equally potent cleanly delivered persuasion, whilst the guitar craft of he and Neil Fish chew and entrance the ear with sheer accomplishment and inventive intensity. The band has had comparisons to the likes of Black Sabbath, Led Zeppelin, Corrosion of Conformity, Down, Black Label Society, Clutch, and Alter Bridge, and this track instantly tells why. Admittedly it and subsequent tracks are not pushing existing boundaries but deeply satisfying riots of sound and pleasure they certainly are.

The following Through to You and latest single Heavy Load continue the strong start though for personal tastes their predecessor holds sway, both songs again soaked in addictive riffs whilst the bass of Gavin Kerrigan finds a growl, especially in the first of the pair, which sends tingles and intimidation ripping across the senses. A less intensive encounter but still bringing a towering stance to its pressing, the song is a flame of melodic strength and aggressive insistence whilst its successor is a cliff face of treacherous beats from drummer Dan Kavanagh, the attack restrained and controlled but with an edge which threatens to break out as upon other tracks. As mentioned it is the lead single from the release and it is easy to understand why the choice with the impressive sonic display within its heart but again it has a slightly less irresistible impact compared to the first song which would have been our choice.

As the likes of It’s a Hanging, a great track with a grunge lilt to its rock stance placing the song in the territory of Alice In Chains as much as say a Down area of sound, the stunning Mother, and the excellent Final Act, bring their varied and captivating presences the album continues to light the fuse to greater passion for itself. The second of the trio of songs is a continually shifting and unpredictable triumph; its slow stroll with rises of adrenaline powered enterprise is wholly magnetic with the guitars and vocals bewitching the ear upon the hungry prowl of the bass and punchy rhythms. It is also a song which slowly burns greater passion for its glory across each and every encounter, it is easily the most imaginative and impossible to predict track on Time. The latter of the three like the opener is a contagious brute of riveting riffing and melodic seduction, a song which plays with and recruits the listener into an infectious stomp of thoughtful yet unchained passion soaked rock n roll.

Around and between these songs the likes of No Reprieve with its heaving chest of muscular creative energy, the carnivorous Perfect Moment with its predatory intensity, and the equally intensive track The Bounty Hunter, inspire further submission to the cause. The songs fluctuate in their heights with none quite slapping the plateaus of the previously mentioned tracks, but neither do any leave anything but a pleasing lingering taste of expertise and rampant pleasure.

Ending on another forceful highlight in the cantankerous shape of Still Waiting, the album is a thoroughly satisfying brawl of rock n roll. The nagging thought that Godsized are on the brink of major things is rife upon Time and even if the album is not the trigger it is only a horizon away one suspects.