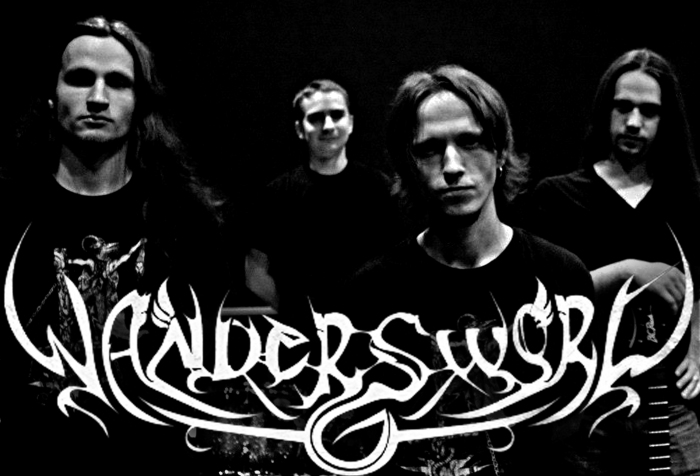 Making its steps into the wider world, Waiting For War the debut album from Russian metallers Wandersword is a richly enjoyable firing up of the senses and passions. Released  in their native land last year, the album now gets a wider unveiling via Blasphemour Records and it is one of those releases which if it had remained hidden it would have been a crime. As with most albums there is room for growth and expansion of the already strong promise openly shown upon the nine track rampage of Viking, folk, and melodic extreme metal, but it is still a deeply satisfying and invigorating encounter which is destined to find plenty of devouring appetites.

The quartet of Wandersword riles up and recruits the emotions and passions with tracks which are musically impressively accomplished as well as imaginative and equally aggressive with the energy to bring blood and energy to the boil. With all songs sung in Russian, the album is a rousing and enthralling rampage which signs up the listener into its epically toned charge with masterful ease, the opening title track the blatant instigator and lead into the dramatic and stirring encounter to follow. The dawning ambience and narrative of the brief intro is the stuff of warriors and brewing civilisations, a peace and calm stalked by emerging grandeur of emotive and quarrelsome atmospheres. It is an evocative and descriptive piece, and though many bands now employ this type of beginning to releases, Wandersword make it work more potently than most.

First full song The Valiant Viking immediately is prowling and stirring up the senses, the heavy riffs, punchy rhythms, and sonic 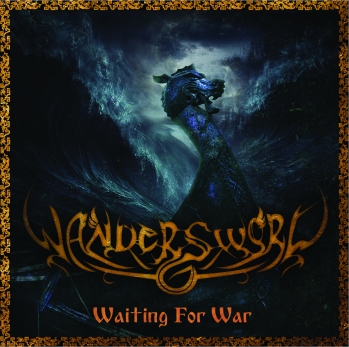 painting of the guitar an intriguing and beckoning invitation hard to refuse. The vocals of bassist Andrey Anikin are harsh and caustic to the ear, his tones not the easiest to engage with at first but a strong and effective antagonism to the melodic wash permeating the song. Muscular and direct in its intent, the track is a pleasing start if not quite the triumph the intro was suggesting, but undoubtedly is a welcome introduction with moments of irresistible temptation, like the galloping inspiring climatic flourish with its Cossack like energy and voice.

Scarlet Sunset opens on a peaceful warm scenic impression, guitar and warbling whispers bewitching the ear for the thunderous explosion of riotous rhythms and equally antagonistic riffs, both extremes merging with skilled enterprise as the track snarls and invades the senses. Again the vocals bring a moment of insecurity towards the track but into its stride the album soon proves they are not an issue, just a growling confrontation to learn to find a union with.

The release hits its first lingering highest plateau with Strange Ships’ Trail, the album getting stronger and more impressive the further into its battle you go. From the first note the song has a ravenous energy and anthemic hunger which drives and steers the passions with merciless strength and compelling passion. The rhythms of drummer Alexey Krasnov find their most punishing sinews whilst the bass of Anikin finds an impacting growl and predatory snarl which is contagiously addictive, and with the guitars of Alexander Manukhin and Albert Osmilovskiy as inventive and ideally adventurous as they are raptorial, the combination is an immense capture of the imagination and passions.

Next up Masters Of The World continues the elevated plateau, again an evocative and gentle warm welcome shaping its place in the ear before stretching its flanks into an intensive intimidation attached to mesmeric and elegant melodic beauty, all veined by rolling rhythms which chain and spark up the instinctive pleasures inside. Enflaming further the craving for what is on offer, the track steps aside for the outstanding and best track of the album Peaceful Guard to unleash its irresistible hex and dance. With the keys and orchestral pull of the song bringing a siren like captivation to the fore, the track expands upon it with scything riffs and rumbling rhythms whilst the melodies cascade from the skies of the song with magnetic radiance. It is a dazzling track with the guitars painting upon the fascinating muscular canvas, a descriptive inspiration and the keys simply a sense of joy and eagerness to the battle of the heart of the track.

Both 40 Warriors and Northern Gates rage like thunder across the ear with strikes of melodic and ingenious flames spearing their excellent fields whilst the closing cover of Russia, a track originally from a band called Purgen, is one more piece of unreserved pleasure to eagerly consume. Waiting For War is a tremendous album and one sure to light up the passions of a great many with its re-release. It is a battle cry from Wandersword which could grace any field of battle and inspire greater determination.