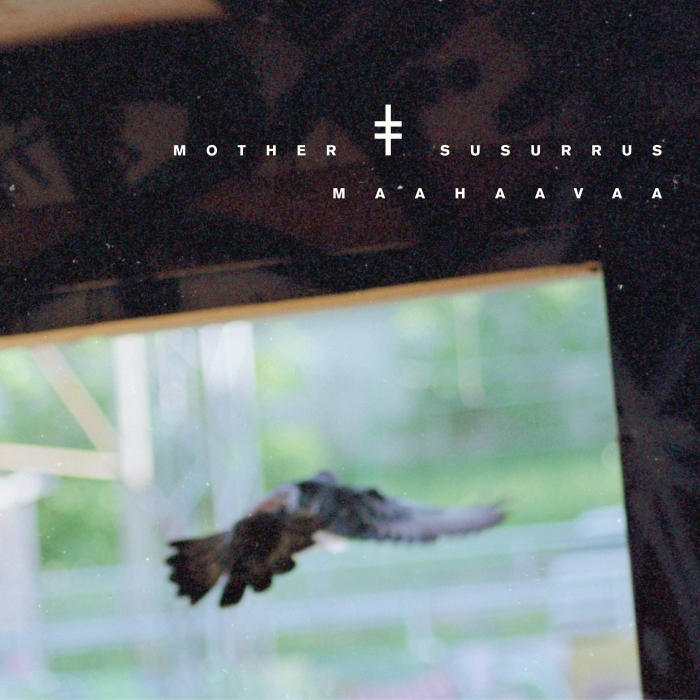 Maahaavaa is an album which either seduces or wears you down, depending from which angle you look at it, but it also is a release which captivates from start to finish evoking flames of emotion and thoughts with skill and stirring enterprise. Infusing meditative drone and sludge metal with psychedelic fire to simplify things it is a mesmeric, almost hallucinatory treat for the senses.

The album comes from Finnish quintet Mother Susurrus, a band which formed in 2008 and stirred the curiosity with plenty of acclaim attached with their self-titled EP in 2010. Hailing from Tampere, the five-piece has equally impressed with their live performances, their heavy and enveloping sonic web of sound picking up recruits to its powerful endeavour with constant ease. Released via Ektro Records, Maahaavaa is a hypnotic torrent of blistering atmospheres and weighty rhythms all honed into an at times dirge like state with beauty and inciting grandeur soaking its persistent presence. Recorded and mixed using analog equipment, the album is a sensual and equally intrusive tempest of passion, colour, and synapse eroding might.

The first feast of sound comes with Superposition, a track which introduces itself with restraint though a brewing ambience is constantly nudging the singular guitar tease and gently coaxing percussion. Licks of melodic fire break out from time to time but it is a slow temptation notched up a gear with the excellent vocals. As the bass adds its throaty resonance and the grinding riffs reveal their menacing side, the track threatens to explode but manages to hold itself in check. It is an insidious trick though as all the time its deceptive drone and mesmeric heat is working below the surface to negate any resistance to its almost corrosive breath and merciless seduction. A blistered expression appears in the vocals and intensity so that by midway the air has a sinister and riling caress to its erosion which exhausts and thrills the senses by the conclusion of the ten minute piece.

The following Scopolamine steps on from the impressive start, its initial engagement with the ear like its predecessor, slow and pacific with a middle-eastern whisper to its smouldering inciting voice. Talking of vocals, again those of LK shine and grace the heart of the track with infectious charm and powerful harmonic resonance to match the rising sonic intensity. Think The Doors meets Joy Division and you get an idea of the sensational embrace and riled touch the song offers with glorious craft and feeling. Again the track is a journey in time and experience which like the first and the closing piece maybe stretches its presence slightly too far though that is as much about just finding something to raise a niggle over as something truly negative.

Third track Anagnorisis, which features virtuoso jouhikko (a traditional Finnish 2 or 3 stringed bowed lyre) player Pekko Käppi, has a shamanic breath to its sultry and compelling company which muses upon thoughts to inspire further personal ones within the listener whilst opening up the spirits of emotions to swirl around and join the cogitative dance of the song. Its tempest of energy and edging on bedlamic creativity passes over to the best track of the album, Ylösnousemus. With a haunting and continually pressing droning niggle, the song twists and manipulates the senses with a cacophony of understated yet commanding noise which chatters with a constant hunger at the ear and emotions. It is a deliciously testing and invigorating exploration which brings dark beauty and greedy discord into a cantankerous but inspiring maelstrom of demanding and equalling respectful sonic dialogue.

Completed by the fifteen minute sonic scowl Uniemä, a track which has aural spite and venom in abundance, Maahaavaa is a wonderful piece of dark progressive alchemy, an album where cosmic suns and abyss borne malevolence find a mutual home for a psychedelic feast of experimental and doom tainted magnificence. Mother Susurrus is the work of the devil and their album the first step in turning us their lustful playthings.

Like Loading...
‹ Obsidian Kingdom: Mantiis
Get Off My Shoes: Lets Not Rush Out And Tell The World EP ›