Undercurrent: Will Kill For Money 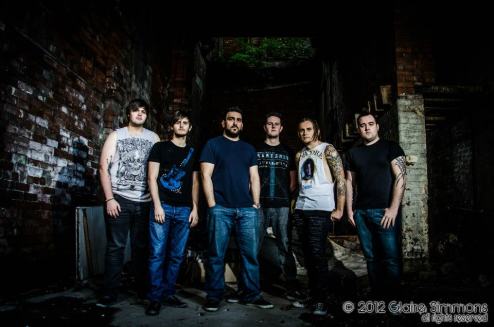 UK rock band Undercurrent has been on our to watch closely radar ever since their towering track The Count caught our ear and imagination over a year ago. With their debut mini album Will Kill For Money, the Sheffield band has not only confirmed that initial promise which was borne with the song but evolved  it into an even more  rounded, strongly accomplished, and thrilling still rippling with a sense of so much more to come from within the band. The six track release breathes enterprise and diversity driven by a strong creative hunger, and whether confronting with an intense snarl or an emotive intrigue it continually engages and provokes with inventive craft and persuasive passion.

Consisting of vocalist Mo Hassan, guitarists Adam Beaumont and Lamahl Saleh, and bassist Lee Carnall alongside drummer Hayden Parkin and Mike Smith who provides keys, guitar, and backing vocals, Undercurrent has earned a strong reputation around their local area whilst breaking out further afield with their explosive stage performances. Their sound pulls on rich essences of many genres to create a fusion of alternative rock, post hardcore, melodic metal, and punk rock which assumes its own distinct character and voice. Listening to Will Kill For Money even with its individual stance you feel the band is still in the early stages of evolving their sound which only leads to further excited expectations ahead.

The album opens with Hollow, a song which immediately pushes through the ear with sinewy riffs, firmly snapping rhythms, and a 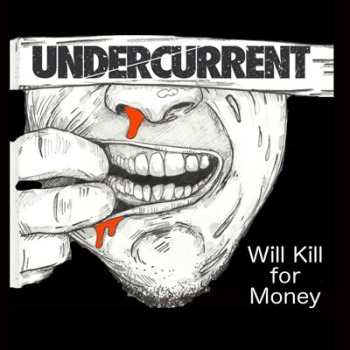 restrained groove which calls on thoughts to engage with its suggestive tone. The sturdy start takes a slight step back as the vocals of Hassan impressively begin the reflective narrative of the song. There is a whisper of Pearl Jam to the emotive stroll now in place, its pace guided by a comforting bassline and equally magnetic guitar caresses, but it is the compelling keys with their strings like melancholic embrace which seals the deal for the passions. With fiery crescendos for the chorus and additional biting snatches of intensity along the elegant gait of the song as it reaches a stormy climax, it is a thrilling song and beginning.

The following Wasted Time instantly hooks in the ear and passions with its initial addictive hook and jabbing beats over a gentle ambience. The eager lures of the track ignites a hunger in the listener which the vocals feed upon with freedom to again show their quality and passion. Like with the opener, submission to its contagion takes mere moments and leaves the listener to fully enjoy and be enthralled by the mix of caustic vocal squalls and melodic infection musically and from the clean vocals, each confronted and pushed excellently by the growl of the song.

The previously mentioned song The Count is one which no matter how many times you hear it the quality and strength of it seems to grow and impress more. The delicious gnarly bass and sonic teasing open up the ardour first with the vocals adding their wash of antagonism and welcoming comfort to increase the already in place passion for its punk and metal veined rock n roll venture. As it plays the track reminds in places of Gang Of Four with its clean and sharp intent as well as a Birdland with its tempestuous rock urgency and muscle. The predatory feel of the song across its length continues to intimidate and seduce, and no matter how many times it is heard it remains just as potently impressive.

Something which one feels is the destiny of An Education In Self Loathing, another scintillating gem of a track. The electric grazing and teasing of the keys sets the senses on alert to keenly welcome the soon to appear thrust and heart of the song. Rich in punk attitude and sound you sense the song wants to brawl with the listener from start to finish for a fully rewarding and satisfying challenge. The bass prowls through the song whilst the guitars have an agitated edge to their play and alongside them both, the vocals superbly add to the menace and irresistible attack. Complete with commanding if not demanding rhythms from the drums, the one area where maybe the song could find a further bite to hit the listener at the core, the track is an irrepressible impacting agitator in the making.

The release is completed by Darkness, a song which is certainly well-crafted and emotionally strong but underwhelming against what preceded it. Despite that it shows the strength of variety and skilled thought to the songwriting of the band. Will Kill For Money is an excellent album which should be the trigger to national awareness at the very least for Undercurrent, something you sense that even if the release remarkably proves not to be the key will be happening in the future such the depth and invention of the band shown upon it.

Like Loading...
‹ Sound Of The Suburb: Self-Titled
Breaching the aggressive beauty: an interview with Johnar Haaland and Kristian Wikstøl from In Vain ›