Home › Music › Album › Mike Doughty: The Flip Is Another Honey

Mike Doughty: The Flip Is Another Honey 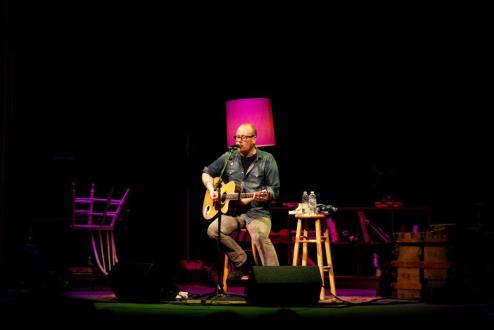 Though admittedly ours was a late introduction to the solo mastery of former Soul Coughing frontman Mike Doughty it has brewed a heightened excitement every time something new emerges from the unique talent. His previous albums, Yes And Also Yes and live extravaganza The Question Jar Show only went to increase anticipation for any future releases as well as probably expectations of those unveilings. The Flip Is Another Honey is the new album from the Brooklyn master of the unpredictable and inspirational, a release which admittedly we had whispers of doubt about before entering its intriguing content. Of course to even question this man and his ideas even in merely glancing thoughts was plain stupidity as the album of cover songs which one assumes have inspired him in some way or simply ignited his own personal passions, is quite sensational.

Released via Snack Bar/Hornblow Recordings, The Flip Is Another Honey, this wonderful title taken from a 1956 review in Variety in regard to the Jerry Lee Lewis release Crazy Arms and meaning “the b-side is also really good”, consists of tracks reinterpreted by Doughty in his own inimitable style. Some are ‘straight’ versions in his unique way whilst others have been teased and seduced by the imagination of the man into little irresistible jewels which ripple with mischief, invention, and inspired vision. It is fair to say despite the ardour brewed by his previous albums the pure joy and impressiveness of this album was unexpected from looking at the chosen songs, so we hang our heads in shame at not having faith as The Flip Is Another Honey is just wonderful.

Apart from the version of Randy Newman song God’s Song (That’s Why I Love Mankind), the brief instrumental  slice of 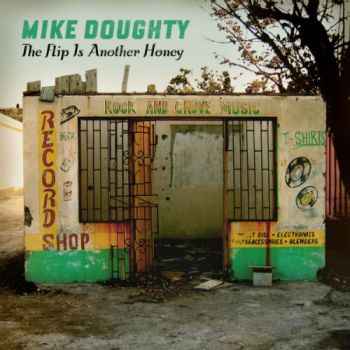 Stephen Sondheim’s Send in the Clowns, and an irrepressible take of Guys and Dolls song Sit Down, You’re Rocking the Boat by Frank Loesser with a great havoc ending, all three having the assistance of long time collaborators pianist “Cashmere” Dan Chen and cellist Andrew “Scrap” Livingston, every sound on the album is played by Doughty starting with the irresistible opener Sunshine. Sampling the voice of John Denver throughout the track sees Doughty rapping verses in between, his grizzled baritone narrative entwining deliciously with the harmonies of the songs author. It is an inspired interpretation which is as riveting as it is provocative, and at all moments a respectful homage to the original song.

The bulging sinews of Jimmy Bell, a blues song originally written by Cat Iron with Doughty basing his version on the 15 60 75 the Numbers Band recording, is a pulsating heavy boned rampant beat feast of a song. The track consumes the senses with a compelling potency and vibrant breath which openly shows the blues influences which have cast their inspiration over his previous work.

Take Me Home, Country Roads is a straight forward version of the Denver classic and features the distinct vocal caresses of Rosanne Cash alongside Doughty. To be honest from an already in place dislike of the song the album for one of only a couple of times does not moves the passions something the following Cheap Trick song Southern Girls manages with ease. Again it is a relatively true version to the original which ticks all the boxes and with the smouldering intensity and resonance which weaves across much of the album is a track to hungrily engage with.

To avoid drooling over every subsequent track on the album further personal highlights come firstly with Tightrope. It is a song which Doughty builds around a chorus by The Stone Roses, his raps adding infectious flesh to the addictive chorus as does the fascinating entrancement by the keys. Then there is Running Back a great version of a less known Thin Lizzy track and Reach Out another Cheap Trick track which was originally from the Heavy Metal Motion Picture Soundtrack. Both songs just lead the senses and emotions into a fuller rapture with their uncomplicated but stylishly sculpted presences, the second of the two stunningly merging into acoustic tease Higher State of Consciousness, the Josh Wink techno anthem.

The pinnacle of the album is Doughty’s version of the Camille song Ta Douleur. Sung in French the song is a thrilling seduction with eager tempo and a delicious discord soaked piano wantonness to infect and send the listener into fiery ardour. The greatest triumph in an album of continual peaks, the song is ingenuity at its best.

With further impressive covers of tracks from Doveman, Red House Painters, and Low, The Flip Is Another Honey is an engrossing slice of invention and musical passion from a man who is never lacking either trait in his own work. The fact that for us he has turned songs which previously left no telling imprint on the emotions into passion driven favourites tells all about the album and Mike Doughty.