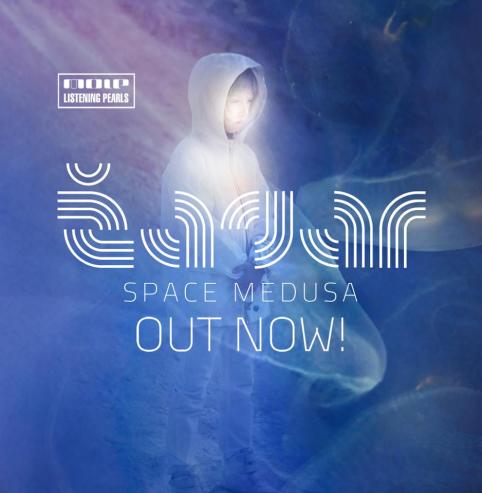 From Budapest, Zagar is a five piece band which has been making great waves with their experimental electronica. There is great anticipation for their forthcoming album Light Leaks, but before then the band is releasing a taster with their first single from the album, Space Medusa via Mole Listening Pearls, a track sure to confirm the thoughts and appetite of fans and media.

The band which creates a sound based on wave rock, electronica and psychedelic soundscapes, began as three-fifths of the Yonderboi Quintet, a unit which found some acclaim and critical success. Moving on to make their own unique sounds keyboardist Balázs Zságer and scratcher Dj Bootsie began exploring and experimenting with their ideas. Recruiting drummer Tibor Lázár, guitarist George Ligeti, and bassist Ákos Zságer-Varga, Zagar stepped forward to evolve into a provocative and significant force on the Eastern European music scene. Their previous album Cannot Walk, Fly Instead won two nominations at the MTV Europe Music Awards as well as winning numerous awards elsewhere. The band is also earning keen attention worldwide through their releases and performances across Europe, including an acclaimed show alongside Depeche Mode on their Budapest leg of their Tour of the Universe. This just adds to the expectations upon their new album but first is the loud whisper from it in the mesmeric shape of Space Medusa.

From its first breath the song is a wash of pulsating deeply driven rhythms and warm expressive keys tiled with electro pokes and seductive persuasion first musically and then expanding into the teasing impassioned and smouldering vocals. It is an immediate soft and engaging temptation which sparkles and soothes across its tantalising expanse.  Musically the sound is as cosmically alluring as the lyrical journey into a dreamy magnetic realm far beyond the real world, its charms enabling thoughts and imagination to drift off into similarly flavoured places and visions. It is an entrancing swirl upon the ear and a release to raise the temperature of the wait for Light Leaks.

Released as a free download @ http://soundcloud.com/zagarmusic, Space Medusa is a treat all fans of artists such as Errol Alkan, Aeroplane, and Kitsune will be fully enamoured by.