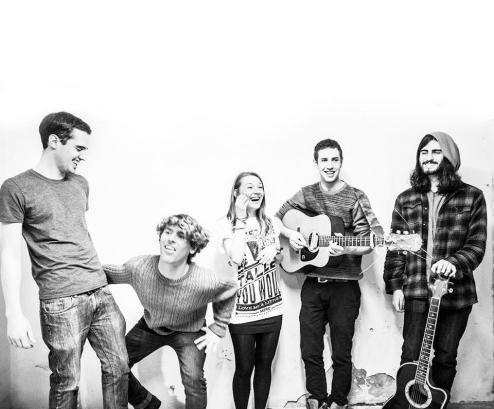 Having heard some good whispers about UK band Elle Rayenne and their blend of indie pop, there was a degree of expectation from their new EP Rayguns but certainly not of just how potent and sensational it would be. The four track release is a mesmeric splendour, an EP which from first note to last not only captures the imagination but immerses it and the senses in a golden blaze of melodic radiance and creative bliss.

The band from Broadstairs was formed in early 2012 by vocalists Jericho Tozer and Clare Ashton-Cobb. They soon released their debut single Celestial Navigation under the C3U record label using local band Fish Tank for the track. In May of the same year, the pair formed their own band from musicians around Kent, bringing in guitarist Dan Smith, bassist Thom Bennett, and James Davies on drums before working on new tunes and playing live. Their sound as mentioned is a vibrant and warm glaze of indie pop but to that there is a flush of folk rock and acoustic pop which brings an extra spice to thrill the appetites of ears and emotions. It makes for a quite delicious treat, a pleasure which is as infectious as it is richly rewarding. 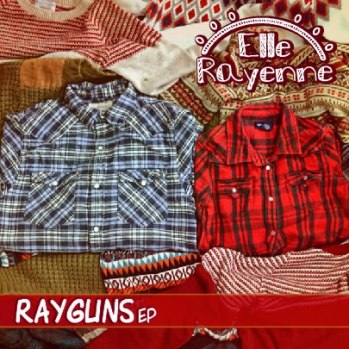 with his expressive tones. The bass of Bennett rumbles beneath with a smouldering stance moving into a resonating stroll as the song opens up its heated arms of melodic and persuasive elegance. Ashton-Cobb then steps forward with her equally impressive voice to torch beautifully across the now energetic and compelling skies of the song. It is a track which is gently anthemic with a charged heart enriched with sizzling vocal harmonies and fiery dazzling beauty. Both singers are strikingly impressive and combine for an even greater fire to which the song musically dances alongside with an irresistible hunger. There is an element of The Sundays to the song, both bands able to mesmerise with aural beauty which impacts like a flame.

The title track opens with a mischievous smile on its face, the twin vocals grinning in harmony with a folk pop tease before expanding into a contagious summer of heated melodies and sultry passion. Like the first the song is impossibly catchy and instigates passions and voice to its emotive cause. With the guitars of Tozer and Smith again raising delicious sparks and the rhythms of Bennett and Davies an unashamed invitation to party, the song lifts the spirits and raises an inner smile which refuses to die away. As this and its successor plays on the ear, thoughts slip to eighties indie band Jim Jimenee, another band where instinctive folk and pop meshes were infectiously rife.

Absent is an initially gentler invite, a smoky guitar intro with framing sinewy drums accompanied by again openly meaningful tones from Tozer bringing one into the heart of the song, a centre which soon ignites a swagger and feistiness leading to another epidemic of emphatic force and grandeur. It is part pop rock and part indie folk wrapped in a pop sheen which lights a beacon of pleasure.

Final song Under The Thumb like the others makes an impact from its very first breath, inciting drums and their big rhythms waking up further intrigue whilst the guitars simmer with sonic lures and the two vocalists weave their bewitching magic to leave one basking in their lush presence. Though arguably the track is less virulent for the passions, it majestically strolls across the ear with disarming craft and a winning sun to leave a big grin on the emotions.

The Rayguns EP is a cracking piece of songwriting and melodic realisation, a gorgeous release which is sure to make Elle Rayenne a quintet on the lips of a rapidly growing legion of delirious fans.