Home › Interviews › Returning to play – An interview with Fredrik Croona.

Returning to play – An interview with Fredrik Croona.

This month sees the debut album from Swedish harsh EBM/industrial/dark electro band Cynical Existence unveiled, a release which ignites further the already blazing passion inspired for the one man project of Fredrik Croona as forged by his previous two EPs.  The founder and one half of the excellent aggrotech/industrial act Project Rotten and former vocalist of dark electro/industrial band Menschdefekt, Fredrik with his first album Come Out And Play ventures further in to the darkest corners of the human condition through his own personally inspired and emotive experiences and thoughts to provoke and evoke. Grabbing the opportunity to talk with the man again and ask about his new imaginative and melodically abrasive dark engagement we asked him about the release and more…

Hi Fredrik and welcome back to The RingMaster Review. It has been a year since we last talked with you how has the time treated you personally and with Cynical Existence?

Thanks Pete, Wow…really? Time flies when you’re having fun eh? I’ve been keeping active that’s for sure, working on new stuff and playing around quite a bit. I can’t really complain, 2012 was a pretty damn good year and I hope 2013 will be even better.

You are about to release your excellent debut album Come Out And Play in February, how are the emotions as the date it is unleashed draws closer?

I am eager that’s for sure, and I really hate to wait. It will drive me crazy one day, that’s for sure. And it’s not close enough! Damnit, I want it out now! But to be honest, it’s exciting to be able to watch what you’ve been working on for quite a few months become something physical (yes, I already have a few CDs here at my place).

After the well-received responses and acclaim garnered by your previous EPs, A Familiar Kind Of Pain and Ruined Portrait, are the emotions different in regard to Come Out And Play this time around?

I have no idea, haven’t gotten any reviews of the album yet, besides yours of course and you really seemed to enjoy it. I’m hoping that when I do get other reviews and opinions from people they will enjoy it. Well I actually lied, because a few people have heard my teasers and really seem to be digging it haha. 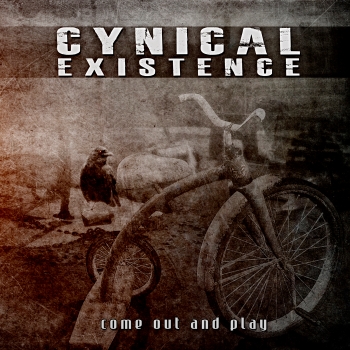 you are working on now?

In the beginning I don’t think I evolved that much to be honest, I just kept working and working and working on new stuff every f*cking day and basically shooting out tracks. When I started out I could make a track in one day more or less, but the more I actually worked and played around the longer it took to make a track. Now it can take me 3-4 days to complete the music alone (if not even longer sometimes). And when it comes to sound it always depends on what I am listening to at the moment.

Come Out And Play has a stronger intensity and investigates deeper shadows than the EPs, is that fair to say?

Yes, mainly because the album focuses more on my own life and my experiences throughout it. Sure the older tracks are also connected to me in most cases, but this one holds more feelings and I try to express them through my music and vocals. What I can say now thought is that my new stuff is even more personal and deep than the debut.

Again the album is borne of your personal experiences and thoughts then?

Every track I make is more or less personal in its own way and holds a story of its own. What I want to do in the future is actually make a “concept album“ with every track linked to specific events of my personal life. Even thought everything might be personal, there’s still some fiction in there.

How difficult is it to interpret your feelings and thoughts into your music and do you attempt to get the listener to feel exactly what you are revealing or just to feel something?

It’s not really hard at all, since basically as soon as the lyrics are connected with a track and the vocals are on there the song changes from “just another track” to song that actually has a meaning to me. I write music for myself and if I can manage to deliver a message or get the listener to understand what I’m trying to express it’s all great. But in the long run I still focus on making something I feel strongly for.

Where do you start when writing songs?

Hell if I know lol. I just start with whatever comes to mind.

Are you a writer who once a track is finished can leave it alone or someone who has to keep nibbling away at it? I ask as you are known for some great remixes of other artist’s music so wonder if it also applies to your own creations unofficially 🙂

It depends, sometimes I throw a track over to a friend to see what they think of it and then maybe we’ll bounce it between each other every time I change something and in some cases I just work on it and feel that it’s ready and well that’s that. And about remixes, I have no idea what you mean since I’ve only made about 3 remixes so far. I hate remixes, it’s boring as hell. 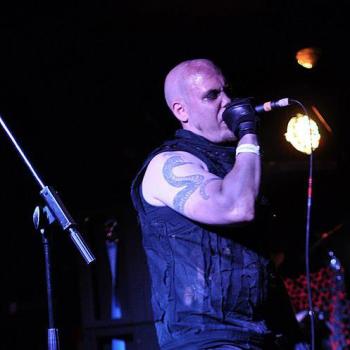 The album also includes a couple of tracks from the earlier A Familiar Kind Of Pain, both songs Paradox and Insecure two of our persistent favourites. Why the inclusion and have you tweaked or revisited them creatively for the album?

Those are two of my first and best tracks ever, so why not? They will rip the dance floors apart! And about changing anything about them, I don’t think I actually did. The album has after all been ready for a few months now.

Do you have any particular moment or track on the album which makes you the proudest or gives you a personal tingle?

I’m broken which is reworked by Pre Emptive Strike 01 is probably the best track in both terms of music and vocals, since it’s very personal to me. Other than that track GDI is fun, and I wonder how many of the listeners will actually manage to figure out what inspired me to create it and where the samples are from.

What is the next step for Cynical Existence after the album, possible live performances?

Going straight forward! Going to work on my second album and get that done and then I’m going to play a few shows in the US this spring, hopefully I might get some more interesting ones. We’ll see what happens.

Could you bring us up to date with your other band Project Rotten? What has been happening in that area of your work over recent months?

We’ve been busy working with the new album that’s been in the works for almost 2 years and then of course we have a new EP coming out tomorrow (1st of February)! So it’s been a busy time and this year will probably also be really busy, hopefully.

Is it still challenging to juggle the two bands or have you found a more relaxed working schedule between the two?

It’s not challenging at all really, I mean I just do vocals and lyrics and Kettil makes the music and the production. So basically he sends me a new track when it’s ready and I create my magic and BAM it’s done. So it’s very laid back.

another creative force in Kettil for Project Rotten?

Project Rotten is obviously a lot bigger than Cynical Existence since we’ve been around longer , so I guess PR’s fanbase is bigger and well then it’s pretty obvious that you hear more from the fans on that side than on CE’s side. Naturally I hope that CE’s fanbase will grow even bigger and expand a lot these coming few months. I have to show people how awesome I can be.

Many thanks for sharing time with us again Fredrik and good luck with the new album.

Thank you and hope you will enjoy it even more after a few more listenings.

Would you like to leave with your personal favourite tracks from both Cynical Existence and Project Rotten?

Do I have to? LOL, just kidding. With PR I’d go for a new track called In Total Control and Club Death.

With CE I would go with I’m Broken and GDI

Read the review of Come Out And Play @ https://ringmasterreviewintroduces.wordpress.com/2013/01/17/cynical-existence-come-out-and-play/