Horse In Transit: If I Were A God EP 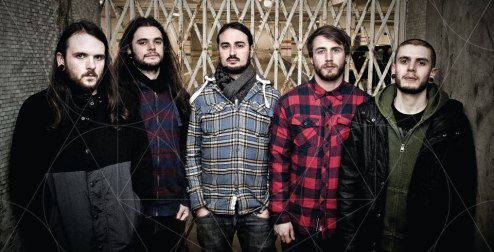 It is funny how band names and titles can give the wrong impression. It is hard to say exactly the expectations musically bred by the name of UK band Horse In Transit but it certainly was not of the storm of back breaking flesh grazing hardcore which assaulted the ears with imagination and skilled violence from within their new release. The If I Were A God EP is a stirring slab of aggressive rock n roll fired with the antagonistic passion of punk, the barbed intensity of extreme metal, and the anthemic melodic fire of hard rock. It is bruising and continually surprising riot of heart borne noise which grows on the passions with each and everything confrontation.

The initial encounter with the EP was one of intrigue and the need to know more about its instigators but a few full blooded face to face encounters with the six track piece of brutality ensured its persuasion was absolute and the appreciation for its thrilling storm full. The Scarborough quintet drew strong responses to its 2012 demo Unobtainable Superhuman Dreams and though we missed out on it at the time if it was half as good as If I Were A God, it is not a shock the band earned the acclaim placed upon them. Their first release for independent UK label Mercurial Records who they signed with last year, the Dick Beetham of 360 Mastering (Sikth, Funeral for a Friend, Enter Shikari, Rise to Remain ) produced release spoils the ear with a varied and unrelenting brawl. Each track has its own identity within the maelstrom of fury the band retain as a constant and each song in varying degrees ignites a forceful rapture for their compelling invention.

The excellent Hollow makes the first engagement and takes no time in turning the release into one with an instant addictive pull. 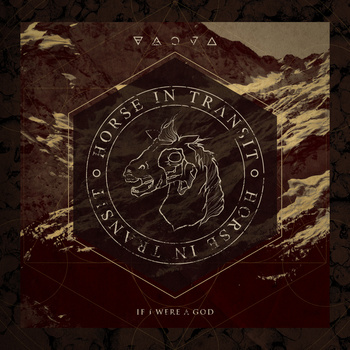 The reserved start grows in stature with a cage of compelling rhythms and a stoner riff which just lights the touch paper to pleasure. It is an engrossing start which opens up into an intense squall of coarse vocals, sonic fires, and rhythmic barbarity. It is a brief violation but one which never relinquishes its hold as it passes the already bruised senses onto Chicken Run. The towering presence of the second track stands large from its very first destructive note whilst the intensity of the vocals and overall sonic passion cascades over the listener with urgent and debilitating ease. Into its stride the scathing harsh vocal ambush of David Mitten evolves into an outstanding clean presentation backed with raucous anthemic power by the band, with the music also tempering its storm as the guitars of Adam Bulpitt and Chris McGreevy unveil some delicious melodic flames alongside the rhythmic barrage from drummer Niall Thomas which finally shows some mercy. It is a powerful and satisfying anger of sound which increases the need to hear much more.

The vibrant bass of John White gives a shadowed depth to the following Lucky Strike, his pulsating notes snarling from within the abrasive breath of the track. With a heavy metallic hunger and ravenous gait to its sprawling energy, the song towers over the senses with an intense spite and uncompromising stance. It is a furnace of hardcore aggression veined with synapse slicing metal destruction and grooved sonic seductive. At this point in the release the song stands to grab best track honours but is soon barged out of the way by the outstanding pair of sonic brilliance that are Two and I Am.

The first of the pair is short and just irresistible. It is a tempest of sonic fretting and rampant insatiable grooves smothered in vocal anger and aural malevolence. The tight manipulative spearing of noise throughout ignites a primal greed whilst the hellacious overbearing rhythms turn limbs into a defenceless puppet to its voracious rampage. The song is one of those which once heard the only outcome is to be smitten with its exacting which also for different reasons can be applied to I Am. The track is a ‘lighter’ aggressor with its feisty rock persuasion under the again pleasingly damaging vocal treachery and the mesmeric deep throated teasing mid-way, a sensational accomplice for the heart whilst the melodic charm of the guitar solo is delicious icing on the cake.

Completed by the absorbing metal/ rock n roll creativity of Survival Plan, the EP is an immense adversary sparking the deepest satisfaction and ardour. Arguably comparable in sound to Every Time I Die, Periphery, Lamb of God, and Gallows, the unique Horse In Transit is a band destined to great things and their If I Were A God EP the next stunning step in their rise.