Home › Music › EP › When We Were Wolves – The More Things Change, The More We Stay The Same EP

When We Were Wolves – The More Things Change, The More We Stay The Same EP 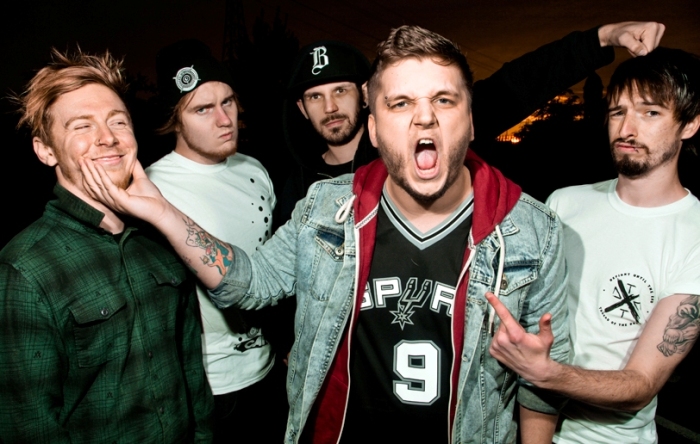 Post hardcore bands and releases came thick and fast in 2012 with the momentum seemingly going to continue into this year. There was a strong and overall impressive depth to the sounds which stepped forward if many lacked that something to set them apart from the rest. Initially that was also the thought when allowing the debut EP from Welsh band When We Were Wolves to unleash its aggression and expressive heart on the senses. That notion was soon slapped into place though especially by the ferociously impressive central core of the release. It is fair to say When We Were Wolves is still determining a unique sound of its own but certainly from the clutch of earnest and passionate tracks making up the release the Bridgend quintet have it in hand.

Formed in mid-2011, the band has built up a loyal and eager following across South Wales and into England with their explosive live shows. To date they have impressively shared stages with the likes of Bury Tomorrow, Exit Ten, Pay No Respect, Martyr Defiled and Carcer City, as well as headlining their own riotous assaults on audiences. The More Things Change, The More We Stay The Same is about to wake up the rest of the UK with intense and well thought out songs which suggest and at times proves that post hardcore can be pleasingly adventurous and contagious.

All Good People Must Come To An End is an intriguing start to the release which did leave some uncertainty in its wake. The 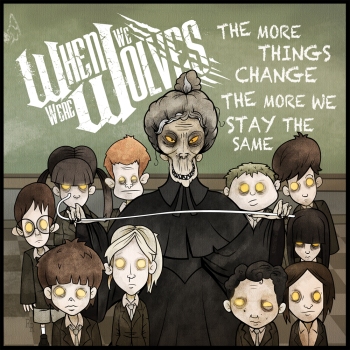 heartfelt vocals of Mitch Bock are a caustic and compelling squall over an emotive endeavour from the rest of the band. It is a brief track which asks questions and leaves thoughts open if a little undecided of whether the EP would emerge as something special or another similarly gaited encounter as from many other genre bands. The answer is soon proven to be the former as firstly Under The Water thunders into view. Big grasping riffs assault the ear with scything sonics and thumping rhythms adding their support whilst an expanse of acidic vocal cries blisters the senses. It is not exactly ground breaking but throughout prods and enthrals especially with the excellent clean vocals of Bock adding emotive weight to the inventive guitar work of Steve French and Rhod Evans. The song goes where you expect it too but still offers a riveting and fully satisfied experience through its fresh and keen encounter.

It is with the following pair of songs though that the band stakes its claim as possibly being something special in the making. This Is Where We Belong and Your Sick Fantasy are exceptional, two tracks which leave one drooling at the promise and imaginative confrontations before the senses. The first seizes the ear with predatory riffs which beckon rather than stalk and the again excellent and overwhelming rhythms of drummer Josh Baker, his demanding beats inescapable and ably supported by the hungry bass lines of Ben Taylor. As the vocals rub thoughts raw the track twists and turns into numerous asides and shadows, all inventive and ardour inciting. Each member of the band is a fiery or intimidating aspect coming together for a furnace of intensity and creativity. There are moments which are familiar in the song, as in all tracks to be honest, but When We Were Wolves deliver them and their unique imaginative moments with a relish and fire very few of the other emerging bands accomplish. The second of the two snarls and gnaws with intensity and a controlling presence which leads one into the lyrical and passionate heart of the track. It drags you willingly through dark distant corners and in the face challenges which scorch and captivate. Tough arguably lacking definition at times the song is an immense and unforgiving treat which only marks the band further as ones to watch.

The release closes with Hounds which features Continents vocalist Phil Cross. The track is another raging affair with further imagination coming through the excellent key intro and building climaxes of energy and passion throughout. It is a great mix of aggression and intrusive melodic breaths which without firing up the same flames as the previous two songs leaves one a satisfied and willing recruit to it and the band’s enterprise.

When We Were Wolves is still a band in the making but as The More Things Change, The More We Stay The Same EP shows, it is also group of young musicians who are moving in the right impressive direction.