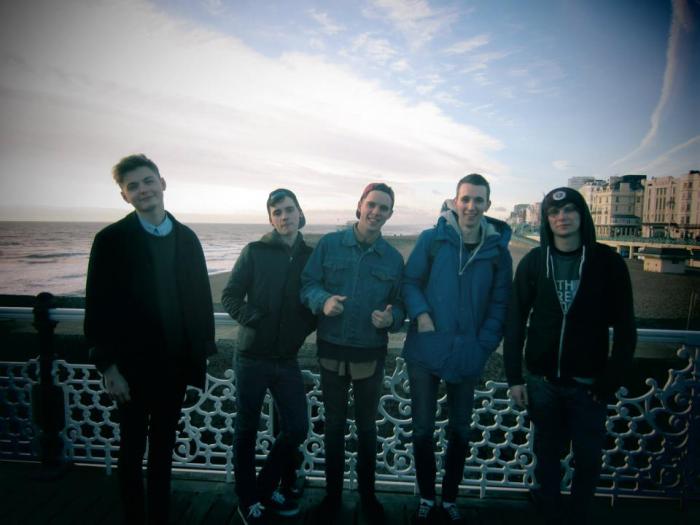 State of Mind the debut EP from UK melodic hardcore band Elephantis is one of those releases which whether you find rapture within it or not it cannot be ignored or simply dismissed. It is a titanic explosion of fervour, expression, and searing melodic enterprise delivered with a brutality and near malice which leaves you shell shocked. The initial encounter left an uncertainty hovering over the six track expanse of the release, unsure just how good or different the EP was to a wave of emerging bands and releases in 2012 from the same genre well. After a deserved prolonged exposure State of Mind emerges as one impressive and even more promising reward for the senses, it is not an easy listen but certainly one of the most enthralling and intriguing.

Hailing from Guildford, the quintet of vocalist Angus Roberton, guitarists Connor Jackson and George Marriott, bassist Joe Oliver, and drummer Olly Harvey, has on the evidence of the EP honed their sound into a squalling and dramatic breath of emotive passion. It is a large sound with a sonic malevolence which strips the senses of security whilst leaving them satisfied and looking forward to much more future. Their influences as stated in their bio include the likes of Misery Signals, Counterparts, and It Prevails and to that you can add spices of the likes of Cancer Bats, Rise Against, and By Any Means to a sinewy mix which leaves you breathless and submerged in an emotional roller coaster of a ride.

Eastern Skies starts things off with a furnace in its belly and rhythms which leave you trembling. It is a caustic rain of sound and

aggression which leaves the ear raw and smarting. The vocals of Roberton carry nothing less than unbridled heart to match the abrasive intensity and sonic assault. His tones leave finesse outside to add further vicious depth to the track. Within the tempest the guitars leave elegant patterns upon the unruly bruising canvas which counters and contradicts the violence inspiringly whilst making a compelling companion for thoughts. It has to be said that neither this song nor the majority of the others are lingering memories after their departures, though small moments do persist from within each storm, but in their presence make for deeply pleasing encounters.

The following Leo is a dynamic onslaught with its tremendous raptorial breath and shadowed stained heavy rampages; the additional vocals of Odessa vocalist Richard Lardner and the evolving invention to the structure of the track capturing the imagination completely to make the track one of the bigger highlights on the release. As with next up Stronghold, the musicianship on offer is impressive, each member stretching the songs without losing the shape and intent. The second of the two is a track which does not inspire the same reactions and acclaiming thoughts as its predecessors but is still a strong and gratifying moment in ones aural life.

After the good instrumental Ante Meridian another pinnacle is hit with Pale Shades, a track which pushes itself and the songwriting to the limit whilst being controlled and imaginative. Again towering rhythms cage a storm of melodic and inventive endeavour which sits easily alongside the perpetual vocal malevolence and consuming intensity. It is a ravaging tsunami of emotion which rewards as equally as it erodes the strength of the listener, and one very appetizing intrusion.

Ending with the unrelenting anger of the title track, State Of Mind is a strongly promising introduction to a band with one feels has much more invention and uniqueness within their emerging skilled hands. For a debut one can only be impressed and inspired to watch the band closely with a brewing anticipation that Elephantis could be a major force in the near future. As a name your price release the recommendation is check out the band as soon as…