Home › Interviews › Conjuring the vision: an interview with The Afterimage

Conjuring the vision: an interview with The Afterimage

The Afterimage is one of the imaginative and creative new bands to explode onto the metal scene initially in their homeland Canada and more recently Europe, this year. Their outstanding debut EP Formless is an introduction to a band which fuses flavours of extremes and melodic spicery into a sensational and unpredictable adventure. Given the opportunity to ask the band more about themselves and their release we had the pleasure of talking to vocalist Kyle Anderson and guitarist Alex Lappano.

Hi and welcome to The Ringmaster Review

Firstly tell us about The Afterimage, its conception and intent as a musical force.

Kyle: The Afterimage was formed in December 2011.  I (Kyle) had been fronting a project before that called ‘Centuries Apart’ which Alex was involved in briefly.  Alex and I stuck together and recruited drummer Nick McCaslin and bassist Dallas Bricker shortly after.  They were involved in a project with Alex previously and were a great fit.  Mike Ticar was later added on guitar a few months after.

You have been a band around a year and in that time made a major impression at first in your home state Ontario and now beginning to worldwide. Has it seemed a bit of a blur or have you had the chance to reflect and enjoy as things brewed and grew?

Kyle: In all honesty this has been amazing for us.  We never imagined having some of the interest we’ve had in our material.  We’re just having fun playing music we enjoy making.

From the outside Ontario appears a potent breeding ground for metal and rock bands; is that the reality and how has the area affected you as a band if at all?

Kyle: It has definitely had a huge impact on us through our time in the heavy music scene.  Growing up listening to a lot of great bands from the area and being impacted by their performances and records always inspired us to create ourselves.

You just released your outstanding Formless EP across Europe, have the highly positive responses surprised you? 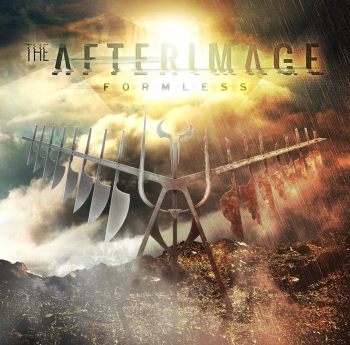 Kyle: We are very surprised about this!  We never imagined we’d be able to release the EP in Europe and that in and of itself is  a blessing.

The tracks show a wonderfully diverse and pulsating blend of sounds, who are the major influences which if not inspiring your sound, has influenced the way you look at and create it?

Kyle: We actually have some major influences outside of Metal.

Jaga Jazzist, This Town Needs Guns, Toe and The Bulletproof Tiger are all huge with our guitarist Alex who handles a lot of the writing.

In terms of Metal, Meshuggah, Ion Dissonance, Danza and Tesseract would be some big ones.

Musically it is fair to say you bring many sub genres and flavours together for a unique result. For newcomers how would you describe your sound to best represent your imaginative creations?

Kyle: I’d say we’re a Progressive Metalcore band if you want to use a title.  We just fuse chaos and melody.  That’s how I’d put it simply.

How do the songs, from seed to final creative explosion, come about within the band?

Kyle: Like I said before Alex handles the majority of the writing.  He had a lot of the ideas locked away for quite some time and we refined them for the release of ‘Formless’.

You have found a strong and eager audience and response in Canada, has Europe and the UK taken to the same things as your countrymen in your sound and EP or picked up on and found an ardour for different elements?

Kyle: I find the response is pretty similar.  I’d say groove/rhythmic aspects are bigger in the UK but the chaotic parts are generally received well over here.

Is the Canadian underground metal scene one which is wrapped in its own ‘juices’ or takes plenty of influences from elsewhere and how does it help new bands like yourselves?

Kyle: I’d say the influence comes from everywhere.  With the internet being the a huge force for distributing and sharing music it’s become quite easy to keep track of projects from all over.

Tell us about the writing and recording of Formless.

Kyle: As I said before a lot of the riffs were already compiled by Alex in his archives.  We re-worked structure and tweaked a bunch of things about a month before recording.

In terms of the recording, Jordan Valeriote (Structures, Counterparts, Silverstein) produced and engineered the EP.  He is an absolute pleasure to work with and we will continuously go back to him. 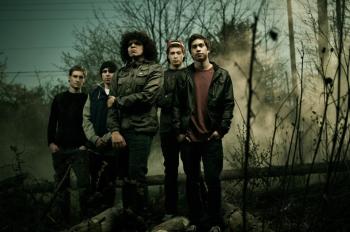 Reverie  the single from the EP which we said had a maniacal mastery through the sonic mayhem of the guitars and offered elements of jazz and improv to its chaos. A fair reflection of what is an immense track in your thoughts?

Alex: I’m extremely picky with what I like to hear, and due to this I find that I always end up writing songs that jump back and forth from each side of the musical spectrum. For example; with heavier styles of music, I love chaos and abrasiveness, but on the other hand, I’m a huge sucker for melody and instrumentals that can express emotion. On top of being extremely picky, I get bored very, very quickly, so I try to keep myself constantly entertained with the music. So I’d say my attention span (or lack thereof) is what leads to having dissonant chromatic sections followed with a melodic passage! I hope that answered your question!

What were your hopes for the EP with its release in Europe?

Kyle: We honestly had no idea how that was going to go, but so far Ghost has treated us great and we’re quite happy with the response!

Are you itching to come over this side of the world to play and when are we likely to have the pleasure?

Kyle: We’re not sure of the when right now, but it’s something we’d love to do as soon as possible!

What is next for The Afterimage, an album maybe?

Kyle: We’re currently finishing up writing the full length album, although no release dates/plans have been made as of yet.

You released Formless through Ghost Music; is this union one which goes beyond that release and how have you found them in comparison to how your releases at home have come about?

Kyle: Toyan from Ghost Music has been great to us. He’s an extremely nice guy and very organized. We have nothing but great things to say about Ghost!

What are your plans for the end of the year and hopes going into 2013?

Kyle: Just playing our city Toronto, ON.  2013 will consist of touring and working on the full length.

Great thanks for sharing time to talk with us here, any last words or thoughts you would like to end with?

Kyle: Just want to say thank you for interviewing us, and make sure you check out our new single ‘THE SEEKING’!  It’s a free download.

Read the review of the Formless EP @ https://ringmasterreviewintroduces.wordpress.com/2012/10/30/the-afterimage-formless-ep/

Like Loading...
‹ Mourning Shadows: an interview with Serge Ghoustly and Elena Supi from I Miss My Death
Rogue Anthem: What to Believe ›